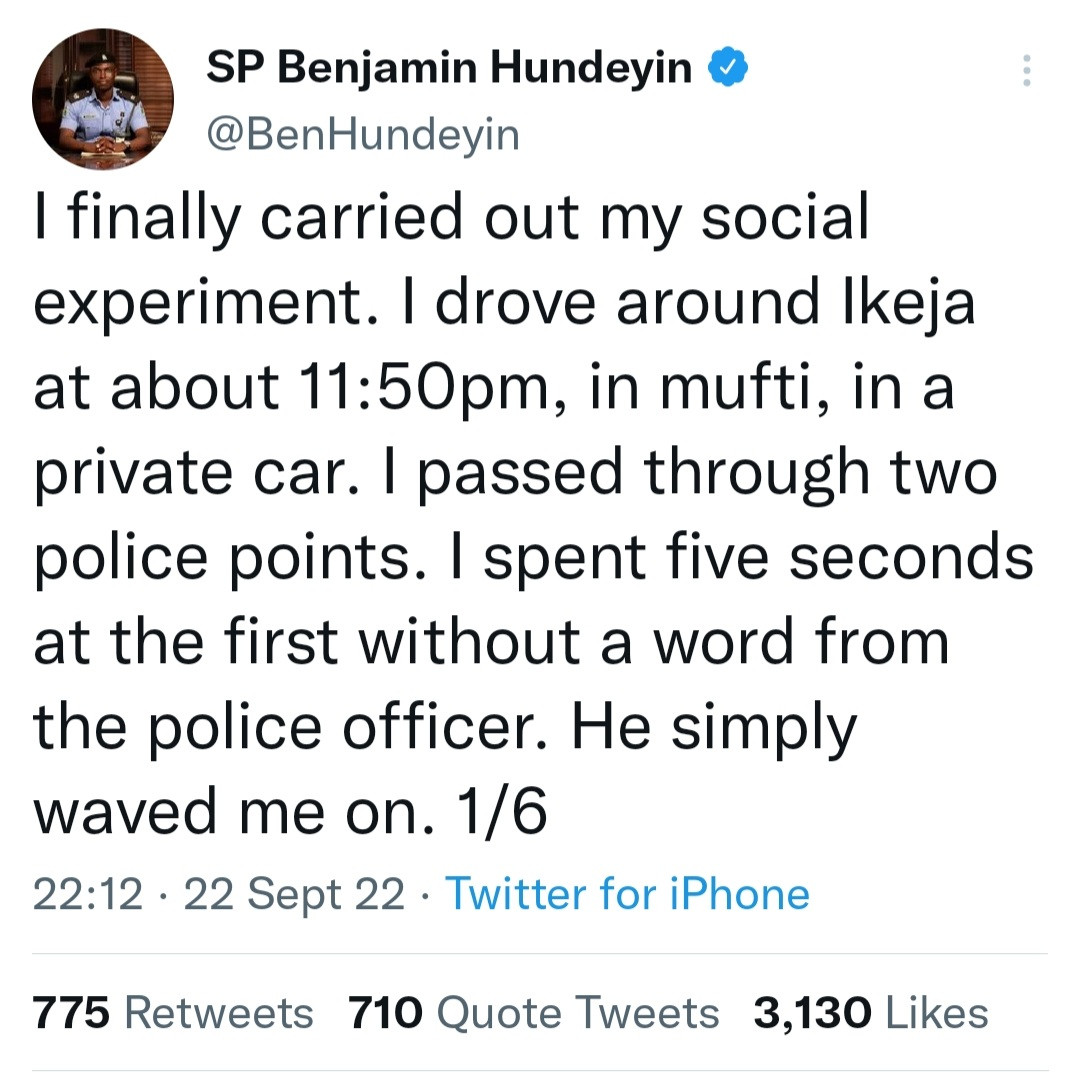 Benjamin Hundeyin has advised Nigerians on how to deal with the police to avoid friction based on his own experience with the police after he carried out a social experiment by disguising himself as a civilian. The Lagos State Police Command PRO said he dressed in mufti and drove around Ikeja by 11:50pm. He added that he passed through two police checkpoints and he proceeded to narrate how the police treated him, as they had no idea he is one of their bosses. Based on his experience, he proceeded to advise Nigerians. He told Nigerians that “respect is reciprocal” and urged them to appreciate the officers “who stand out there all day and all night for lesser pay”. He also told Nigerians not to be condescending or aggressive towards the officers. He finally acknowledged that there are some bad eggs in the force and advised citizens to report such. Read his post below. 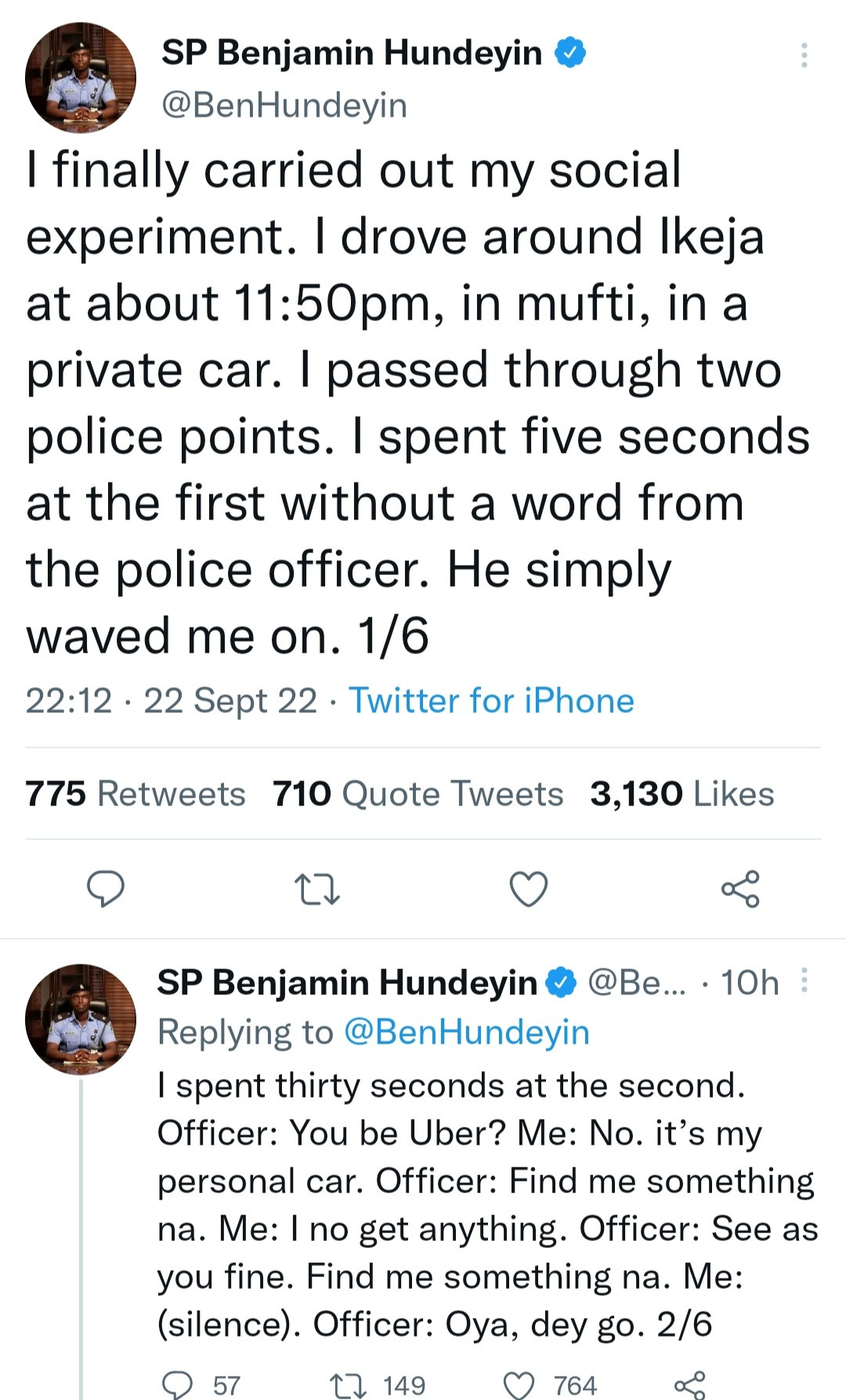 The post “Don’t be condescending” Police PRO Benjamin Hundeyin advises Nigerians on dealing with police based on his experience when he disguised as a civilian to visit police check points appeared first on Linda Ikeji Blog.
Uncategorized