On Thursday 15th September,2022 the entire BBNaija House was held spell-bound for up to 4 hours when LUSH HAIR the proudly Nigerian hair brand and the official hair sponsor of the show -Season 7 (Level Up) actively engaged the housemates with 5 levels of fun-filled tasks, at the end of which set the unprecedented record of the longest braid in town. 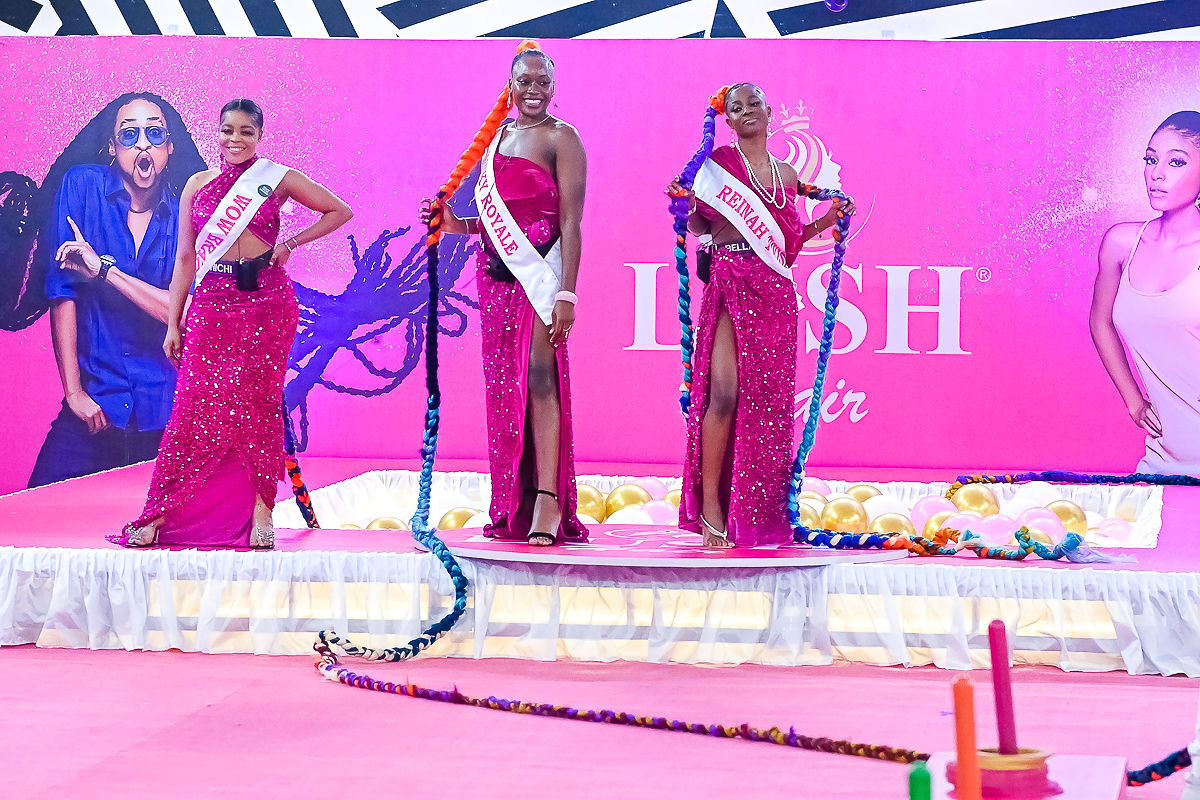 The whole part of arena section had quickly been transformed into bright pink reflecting the disruptive yet royal presence of the brand, all housemates were dressed in gorgeous pink and white track suits and pant which further added colours to the ambience. 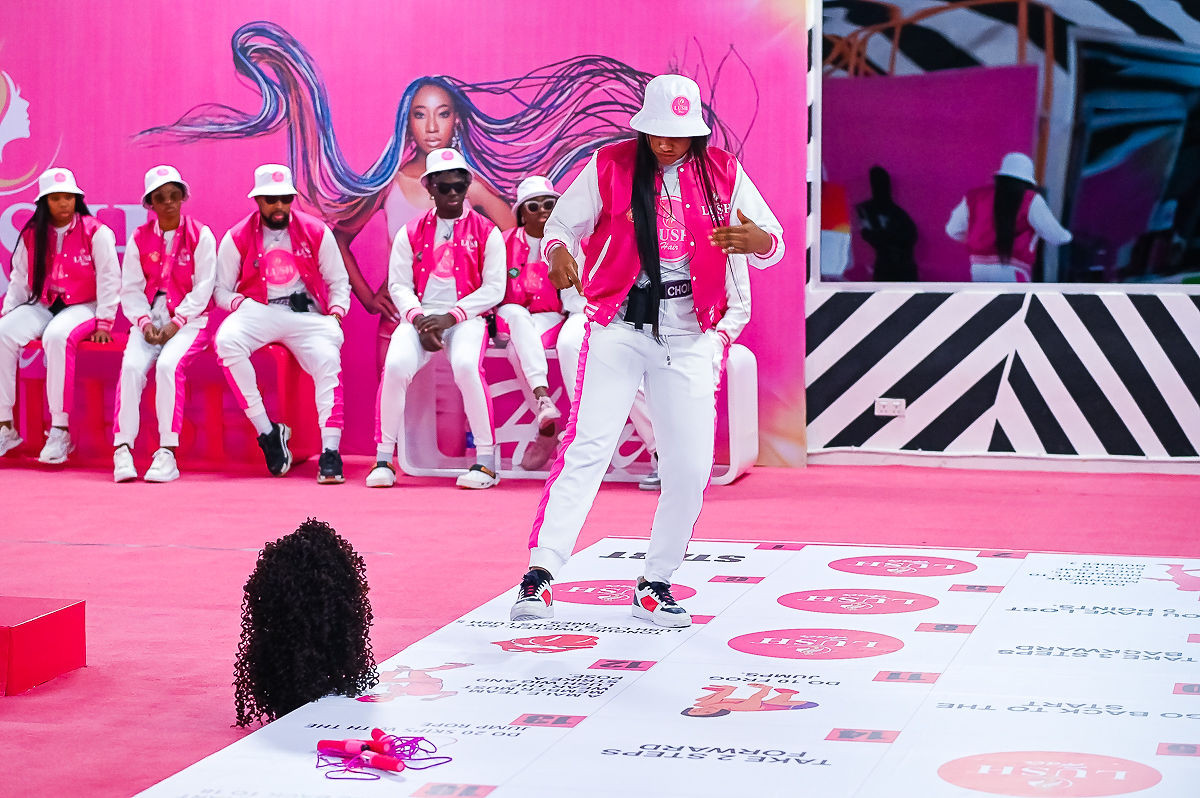 Housemates were divided into 3 teams each namely, Team Reinah-Twist, Team Kinky-Royale and Team Wow-Braids who competed against one another to set the record of the longest braid and to win the grand prize of 2 million Naira. Meanwhile, winners of each level equally won the cash price of 250,000 Naira. 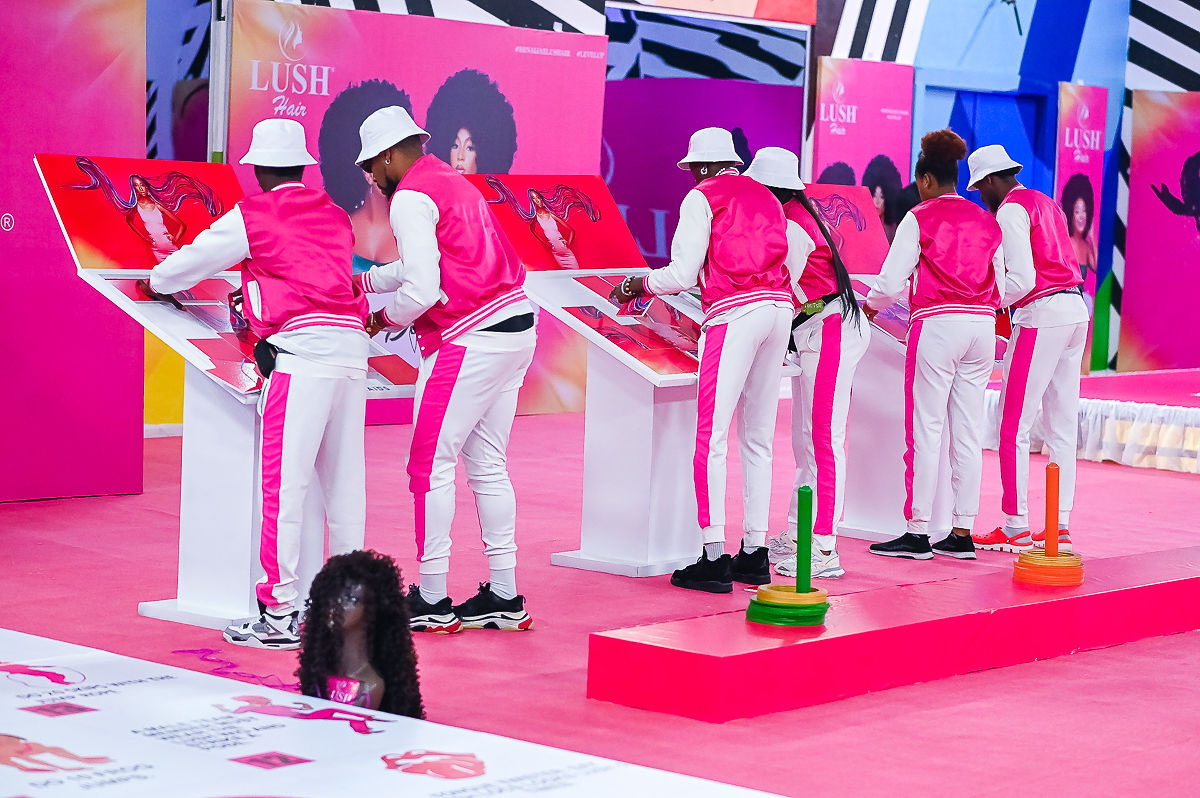 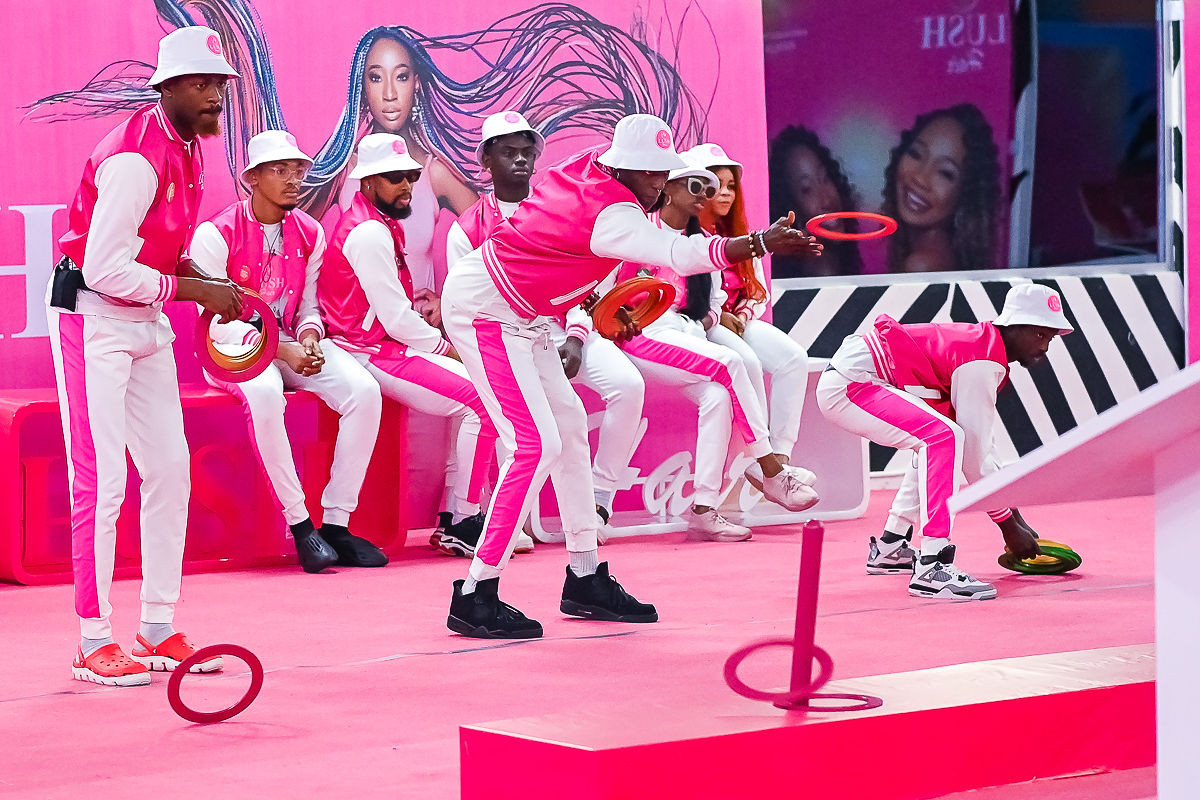 Team Rehinah Twist and team Kinky Royale comprised of 5 members each while Team Wow braids were only 4 members. It was such an exciting treat for viewers watching their favorite housemates display a high level of team spirit to win big. 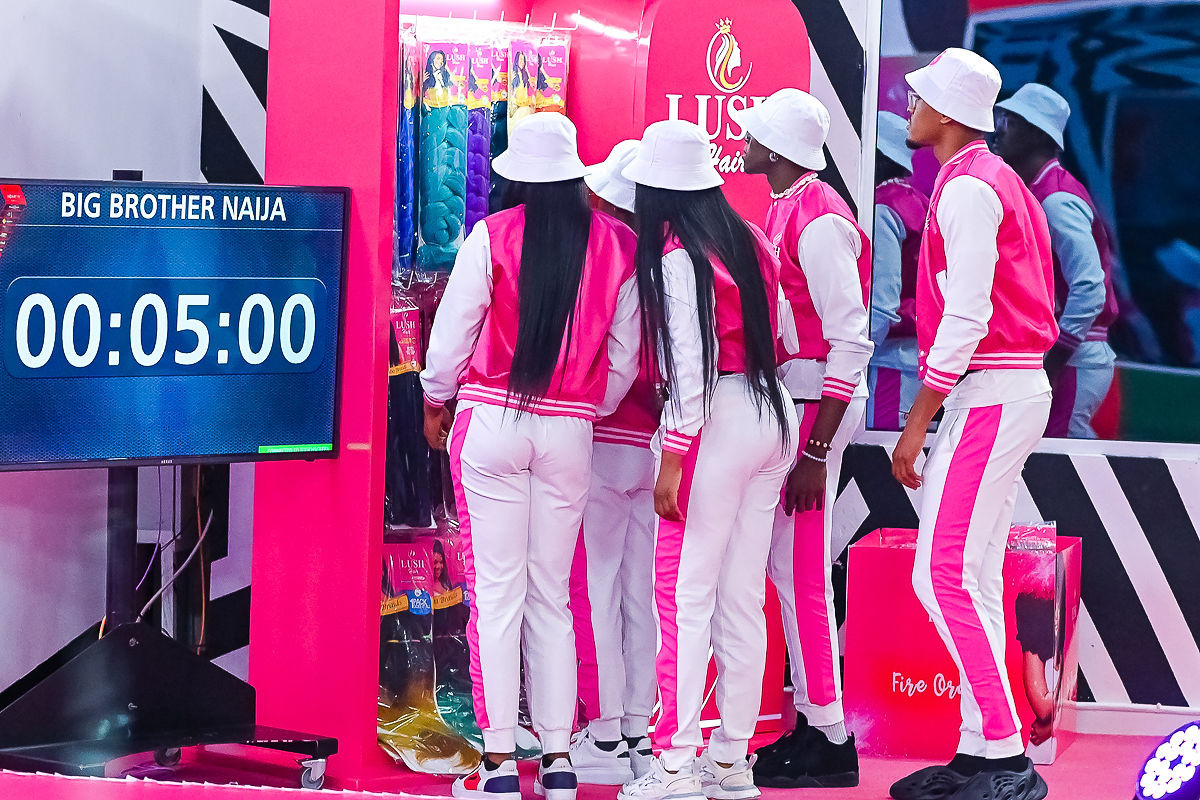 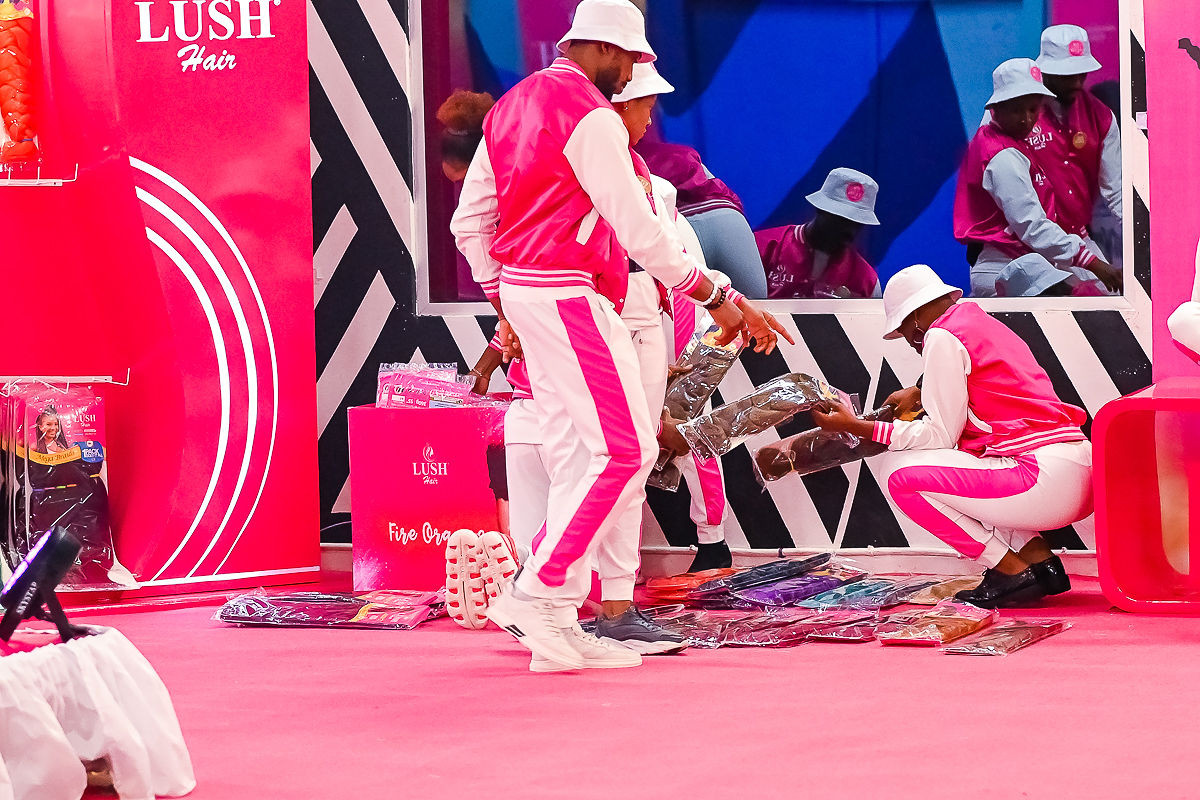 The task was broken down into 4 stages i:e 3 games and the grand activity which took the most time and earned the strongest points.Step 1- Steps with Lush Game: here is a dice rolling game which lasted 2 minutes. Team representatives earned points navigating through the board while being subjected to more challenges on the way to the finish line. 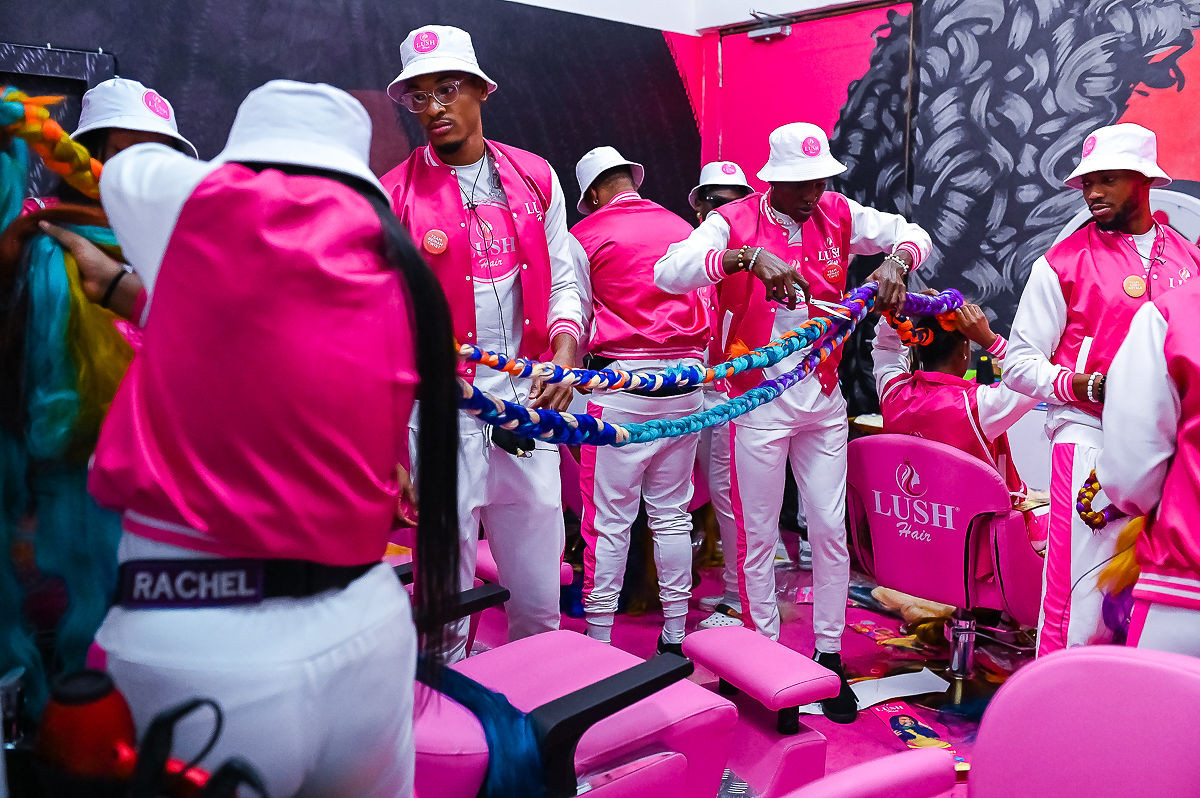 Step 2: Find your piece Puzzle Game: representatives from each team assemble/arrange scattered pieces to create a complete picture in just 5 minutes.Step 3: Ring Toss Game: this stage earned each team the points to pick up hair attachments from the stall, which was used for the braids, the game only lasted 5minutes.Step4: here is the major and the most interesting of all the stages- the Longest Braids Challenge. House mates were given 90mins to create the longest Braid Ponytail using the attachment earned from the ring toss game. Also, a customized box comprising of sewing kit and fabrics were presented to each team to design an outfit from the scratch complementary to the longest braids. Big Brother gave a guideline for each team to choose a model amongst themselves to strut the runway while another representative was to present to the rest of the housemates the motivation behind the hair style. 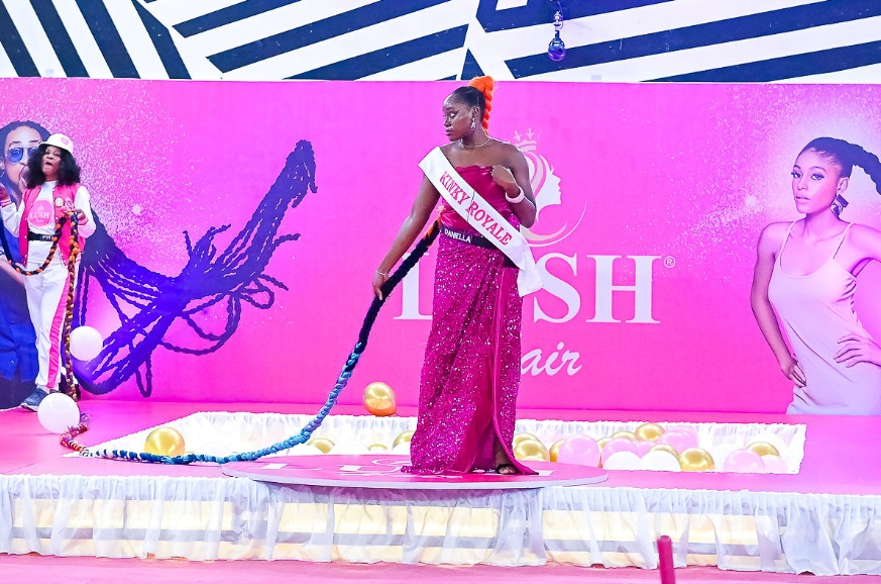 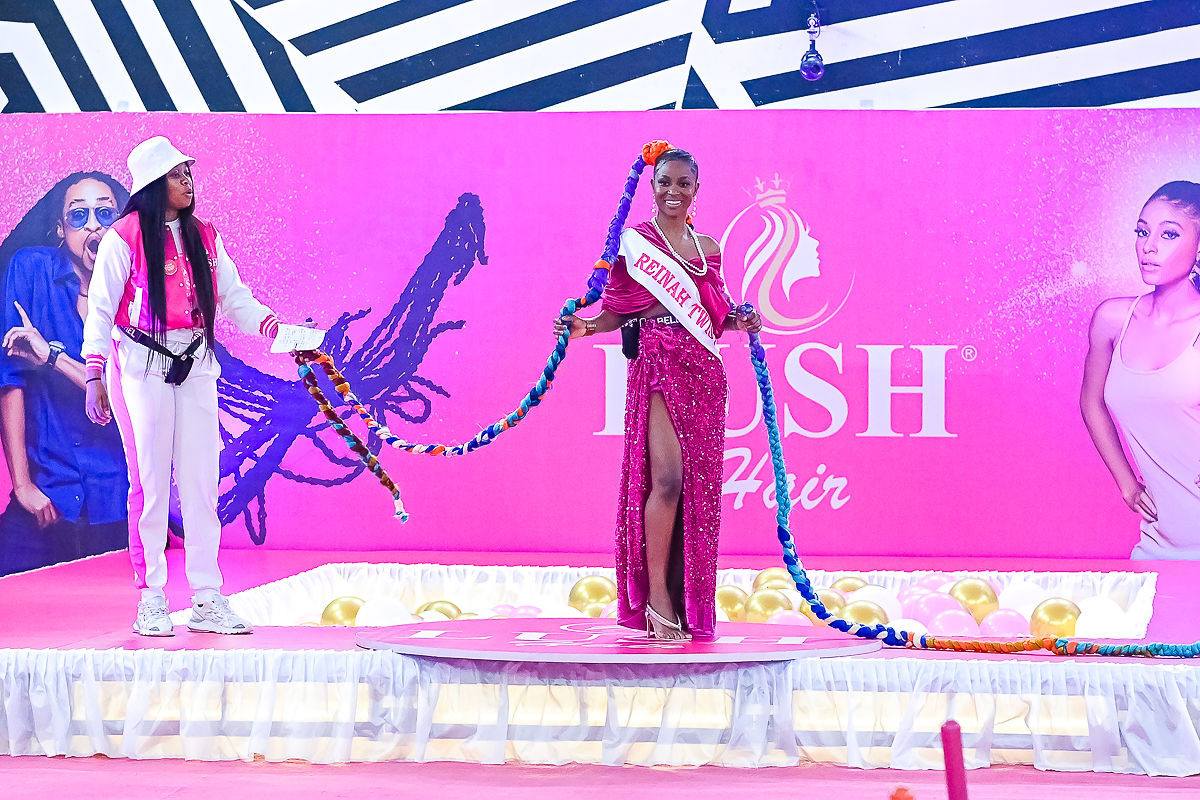 Interestingly, while the task was on-going in the BBN house, LUSH HAIR sustained The Longest Braids engagement on the street of Lagos, inviting everyone to meet up at Ikeja City Mall the following weekend to collectively join hands to break the 36ft length record being set in BBN house and join the Lush Hair Hall of fame. The twist is the brand’s game plan was to involve fans who were interested in participating in the challenge, by joining the team at Ikeja City Mall the following Saturday to surpass the length record being set in the BBN house. 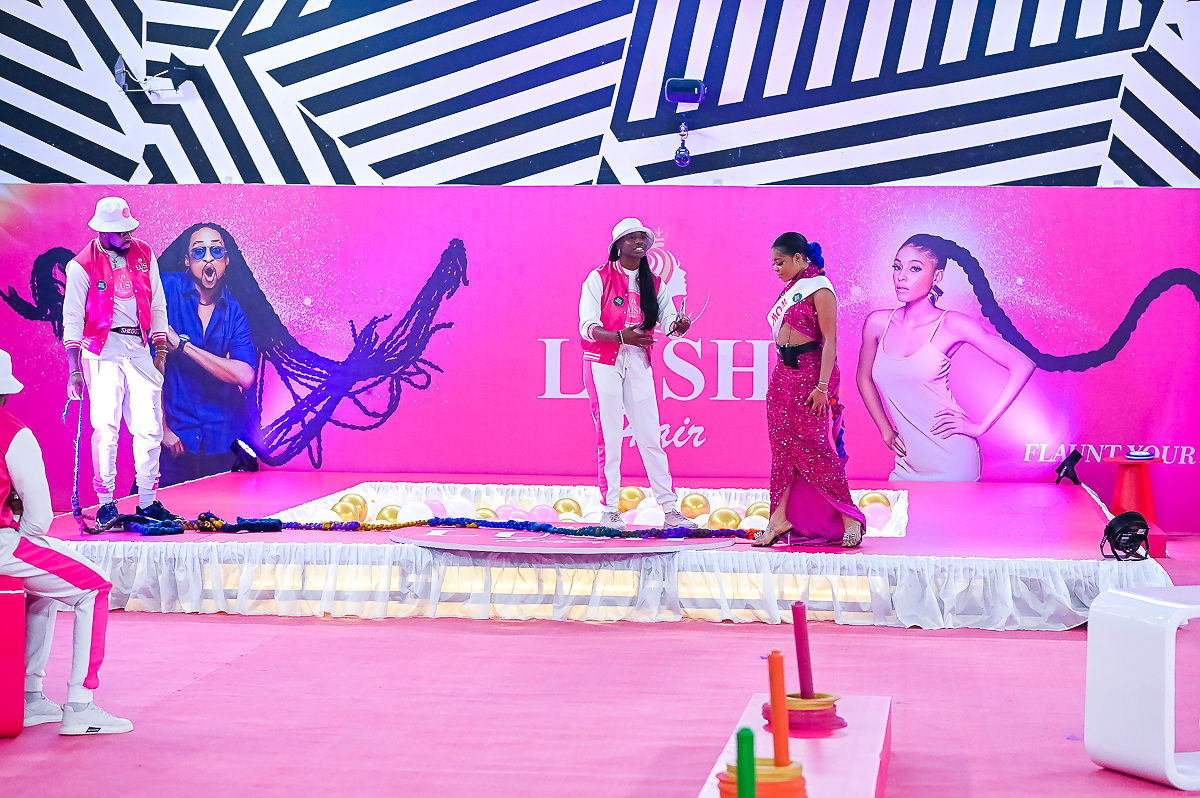 For nonstop fun and opportunity to meet your favorite Housemate, Follow @lushhairnigeria on all social media platforms.The brand successfully created lots of awareness across all its social media platforms towards the task and surely delivered on its promises of providing unlimited entertainment to its fans and viewers of BBN. The task undoubtedly held all eyeballs stationed on the show for the entire period assigned for the task. The post BBN Naija S7: Lush Hair Sets The Record Of The Longest Braids With Team Kinky Royale appeared first on Linda Ikeji Blog.
Uncategorized