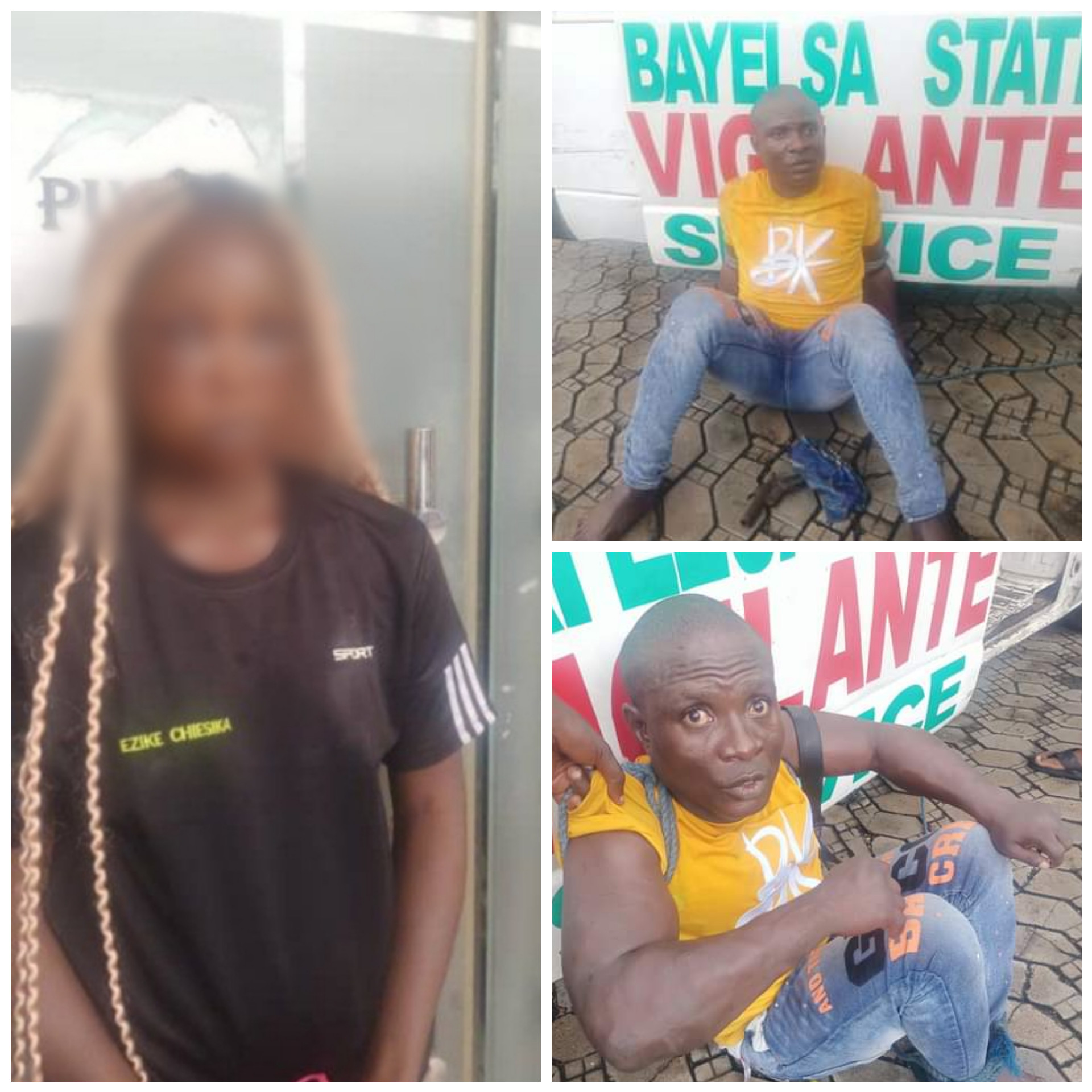 Operative of the Bayelsa State Vigilante Service have rescued a 13-year-old girl who was locked in a hotel, beaten and sexually molested by two suspected cultists. The victim identified as Favour Doumo, a native of Nembe LGA, was rescued from the hotel located along the bossy water road in Tombia area of Yenagoa, the state capital on Thursday, September 22.  The Chairman of the State Vigilante outfit, Hon. Doubiye Alagba, who led members of his team on the operation, said the main suspect, Christopher Abraham, 37, was arrested with a gun, phones, money and other items. Narrating her ordeal, the victim said she met the suspect barely a week and he invited her to the hotel where he resides where he asked her out. “I got to the hotel to meet him only for him to accuse me of cheating on him, that while I was away for an exam which I travelled for few days ago, that I went to meet another man,” she explained.  “He locked me in the hotel room. And later in the company of his friend, one Efe, used a gun to threaten me that I will not go anywhere. They stripped me off my clothes, filmed me with their phones and molested me. He told me that he is a gun trafficker and that he has been to prison and that the government knows him,” Favour also disclosed that she cried and screamed all through the night while they threatened to kill her until she was rescued by the state vigilante security service. The suspect, Abraham, a native of Ndoro in Ekeremor Local Government council area, claimed that the victim is his girlfriend. He further claimed that he spent money on her but discovered that she cheated on him with other men, adding that “he invited her to the hotel, they had argument and he went physical with her out of anger.” He also claimed that the gun belongs to his friend, who he identified as Efe who is now at large. The Chairman of the Bayelsa state Vigilante Service, Hon. Doubiye Alagba, also said the suspect has confessed that he and his accomplice, who is now at large, are members of the bobos cult group. “The suspect is a known drug dealer and they are part of the persons causing unrest in the state. Let me also use this medium to warn hotel owners who harbour criminals as guests in their hotel to desist or face the wrath of the law.” Alagba noted that the special squad of the vigilante outfit in the coming weeks will be storming more hotels that are abode for criminals. He assured members of the public of the outfit’s readiness to continue to ensure the safety of lives and properties of citizens of the state. Meanwhile the suspect has been handed over to the state security outfit, Operation Doo-Akpo of the Nigerian Police Force. 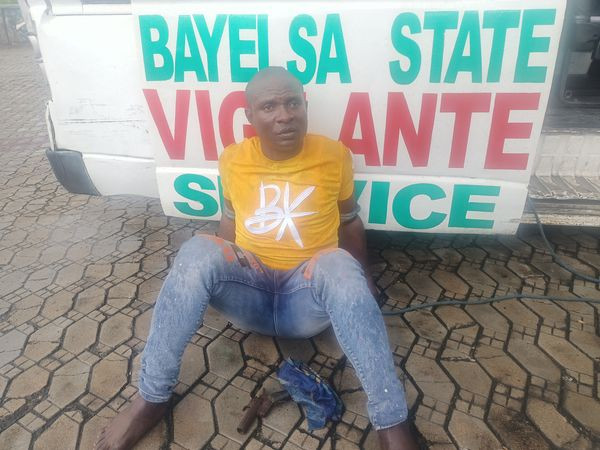 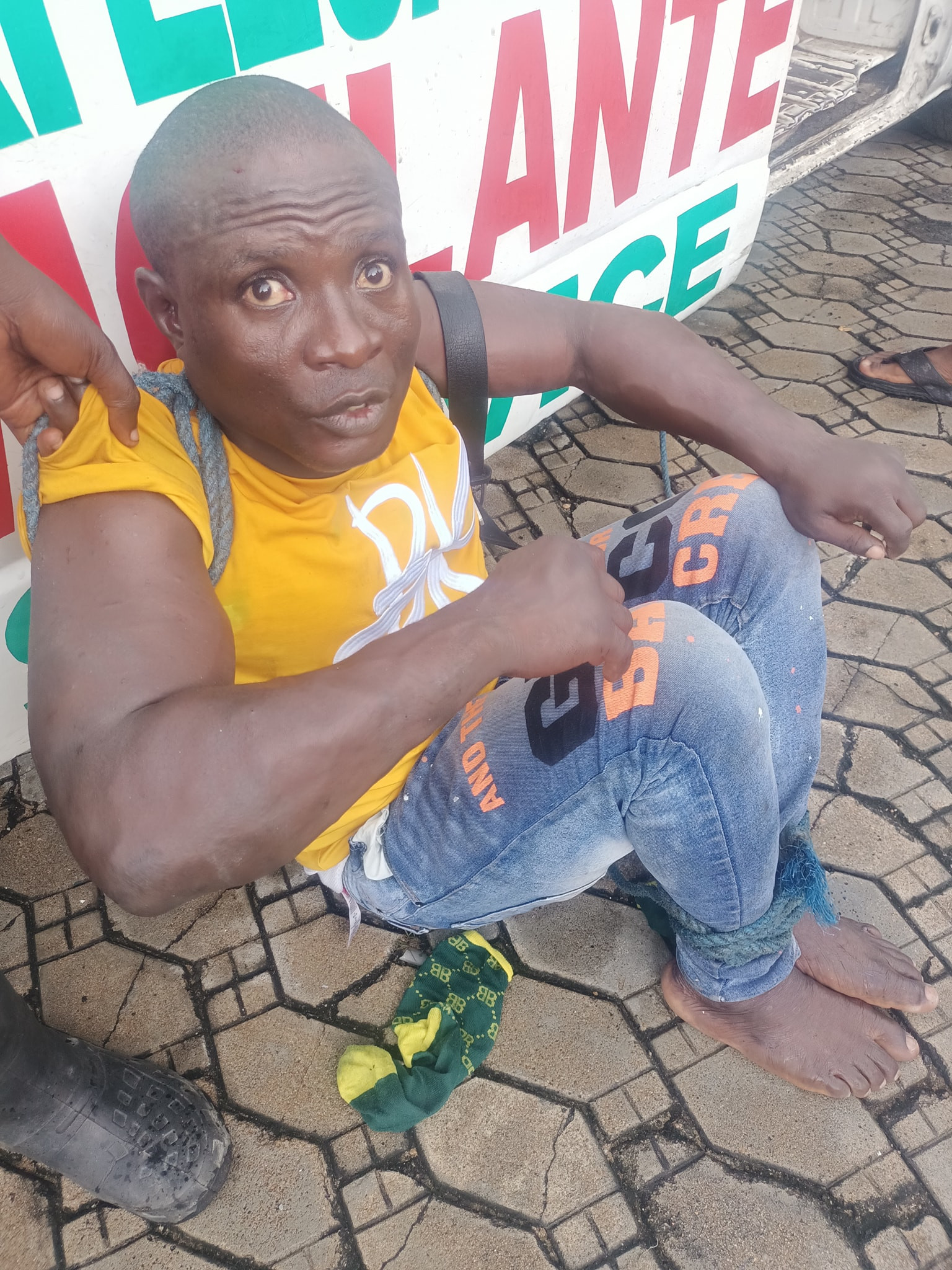 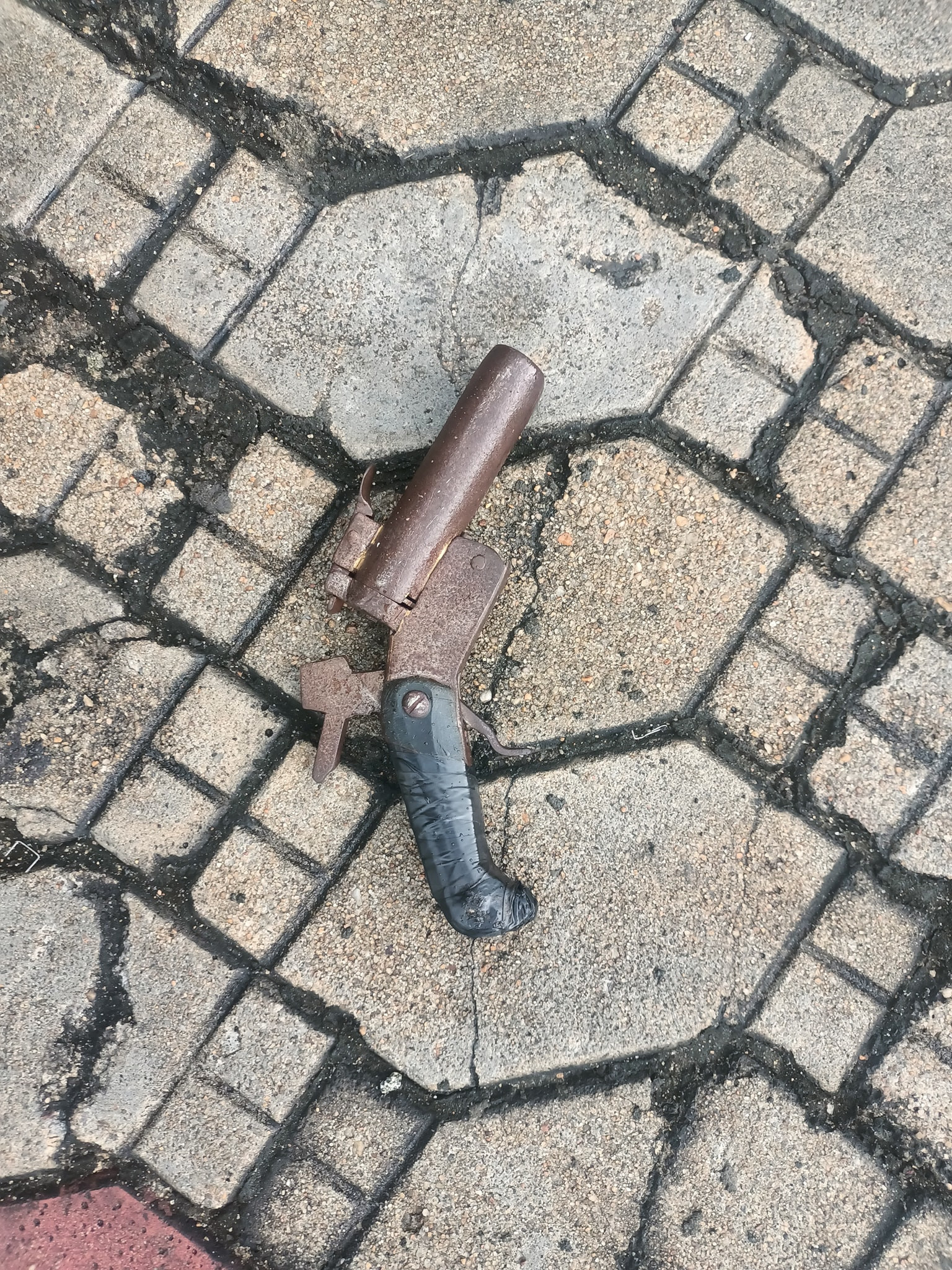 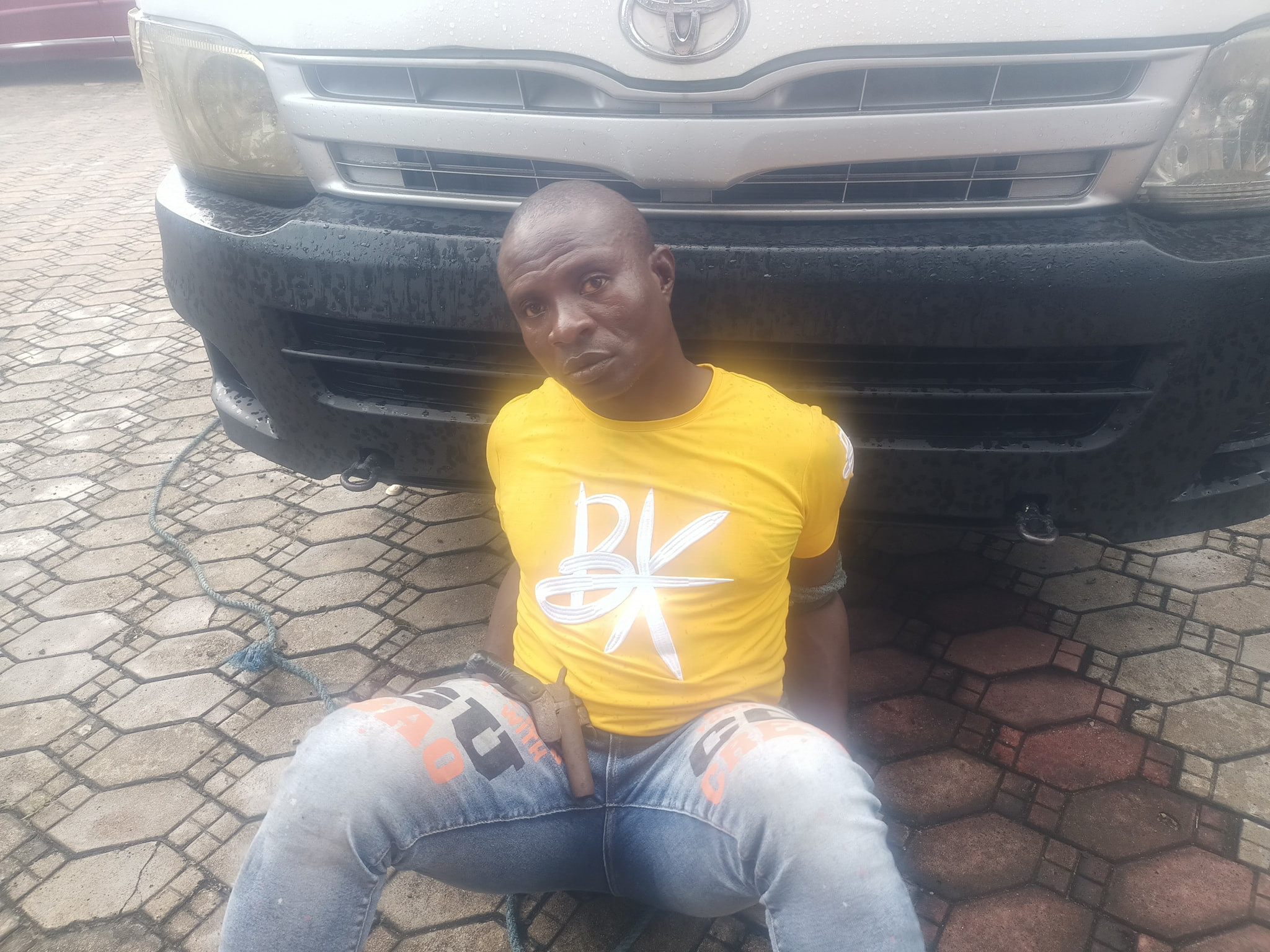 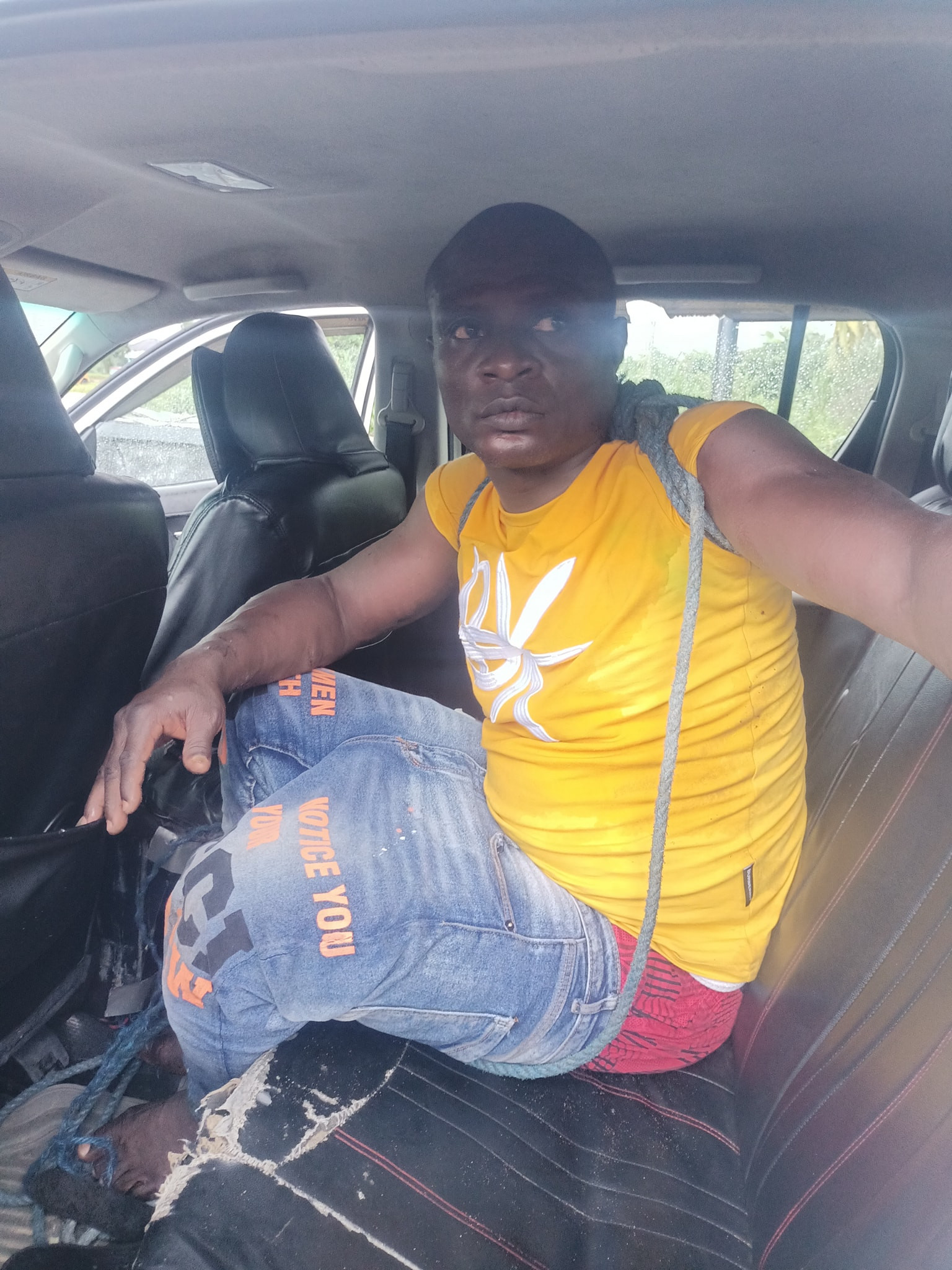 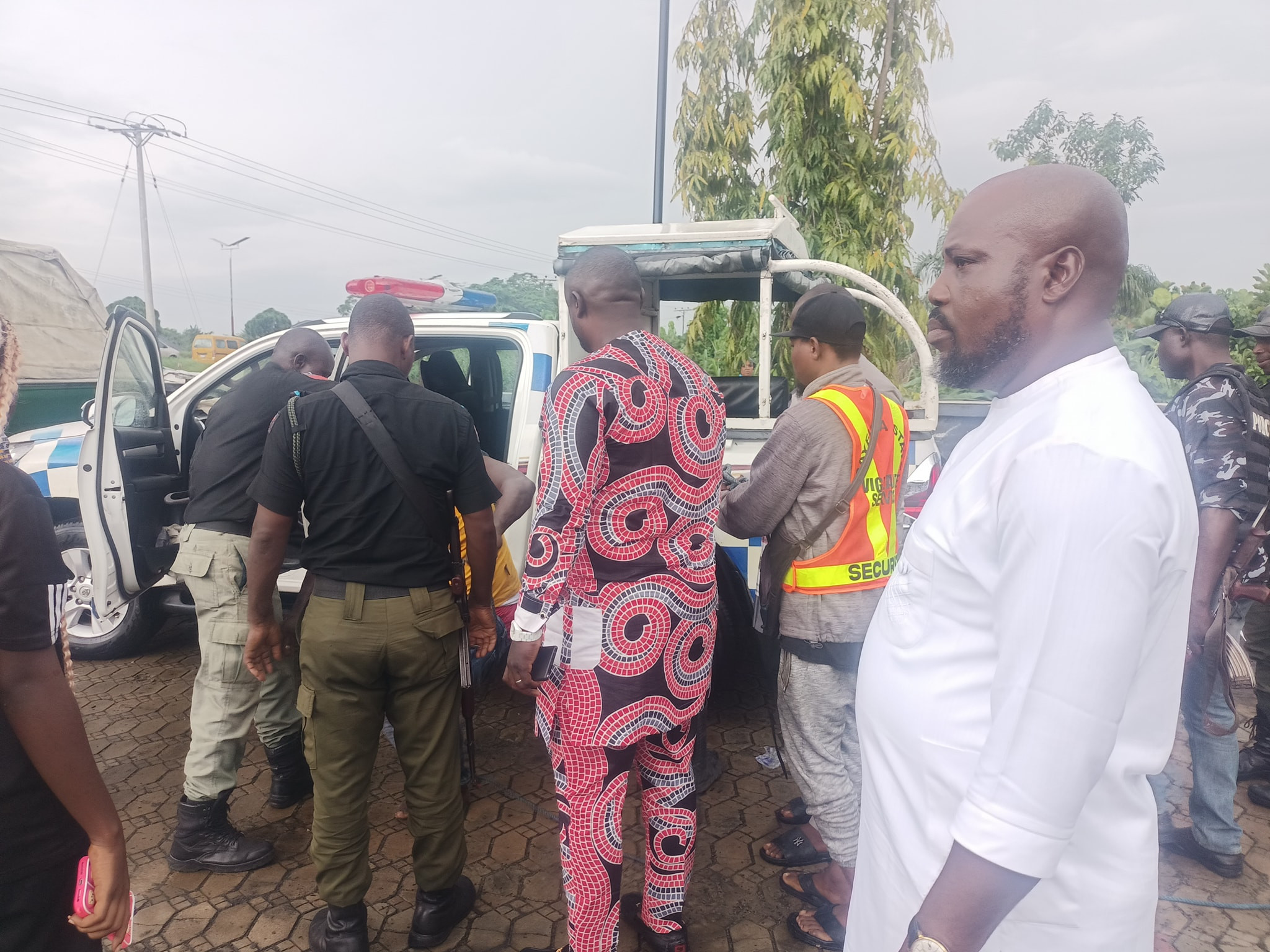 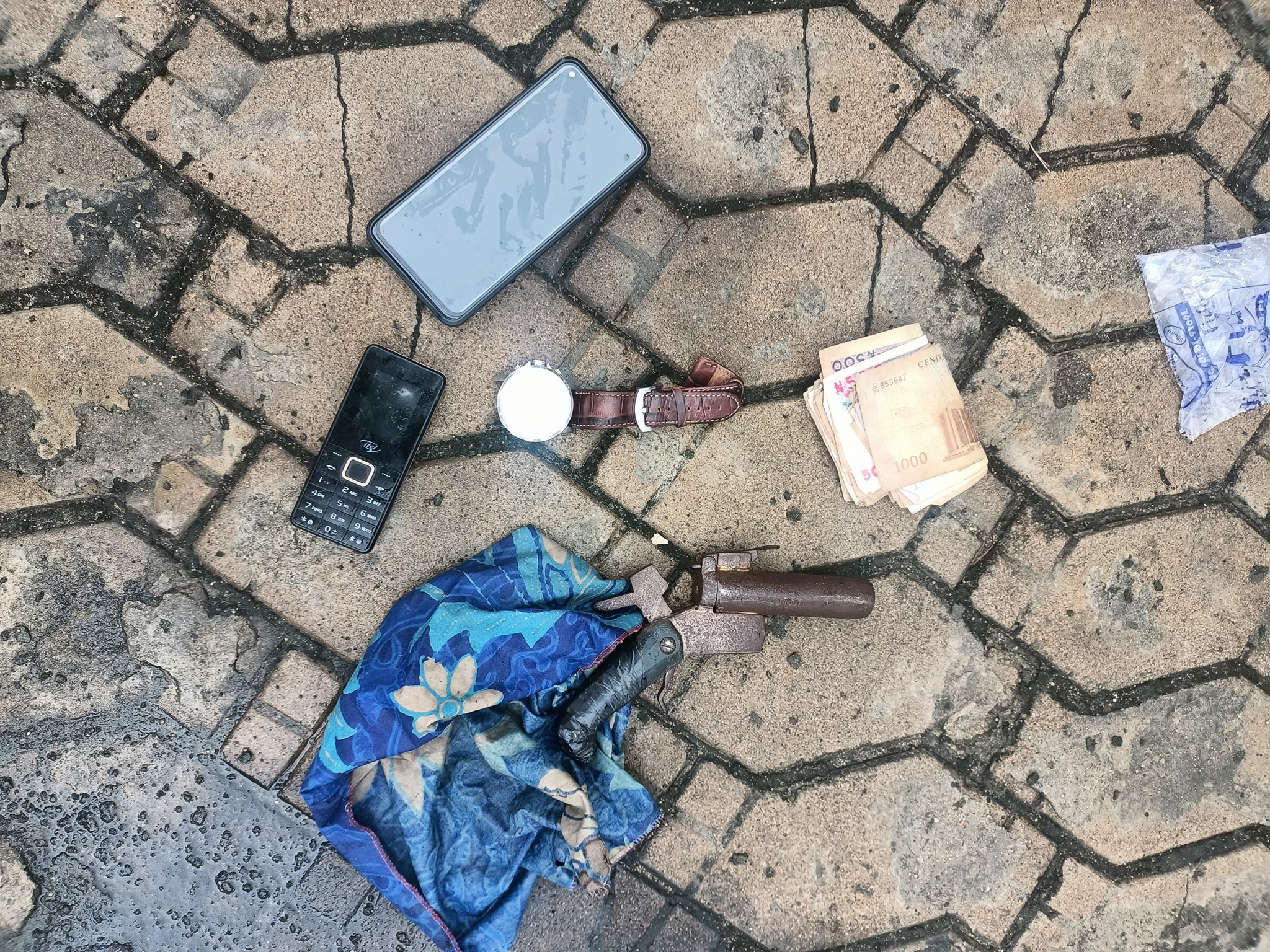