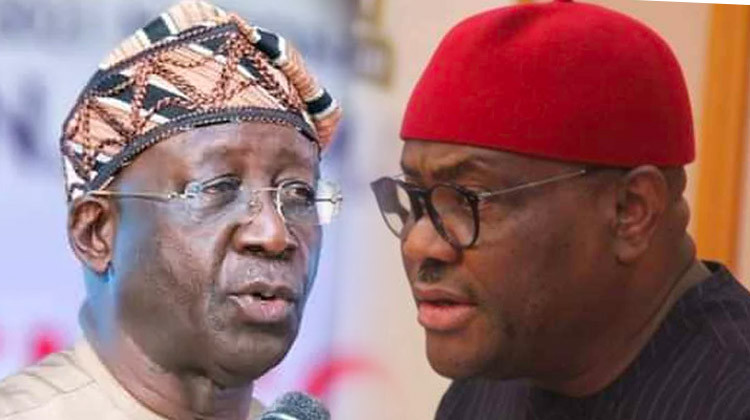 Rivers state governor, Nyesom Wike, says the chairman of PDP, Iyorchia Ayu, threatened to resign if he won the presidential primary election.  The governor said this during a media chat on Friday, September 23. He said Ayu also asked other hopefuls to withdraw for Atiku Abubakar, the former vice-president during the party’s presidential primary in May this year. “There was nothing Ayu didn’t do. Manipulation of delegates list,” he said.A whole national chairman threatened some of the presidential aspirants at that time that if Wike wins, he was going to resign.In fact, he was calling aspirants to withdraw for Atiku Abubakar.”he said Wike has been at loggerheads with the leadership of the party since he lost the election, He claims Ayu and Atiku agreed that a Southerner should take over as chairman of the party if a Northerner emerges the party’s flagbearer. At his media parley this morning, Governor Wike also revealed that Ayu is eyeing the Secretary to Government of the Federation position should the party win the 2023 presidential election.“Some people have been given positions as we speak. Ayu wants to become the SFG. These are things happening in the party that we can’t say in public” Wike said  On Thursday, Governor WIke said he will not be leaving the party despite the issues he has with the leaders.The post Ayu threatened to resign if I won PDP presidential ticket – Gov Wike appeared first on Linda Ikeji Blog.
Uncategorized