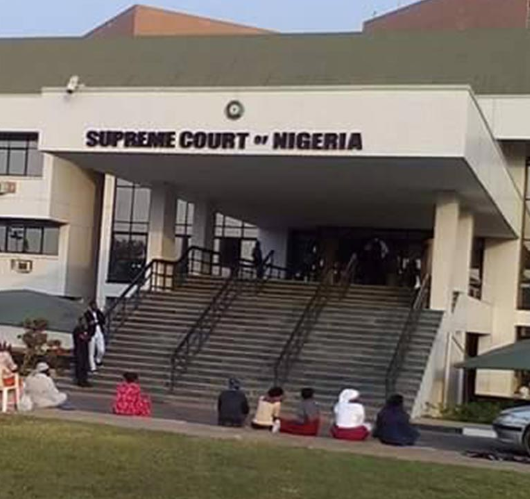 The Supreme Court has struck out a suit instituted against the Peoples Democratic Party, PDP over its refusal to zone the party’s presidential ticket to the southern region of the country. A Presidential aspirant of the PDP and former Deputy Speaker of Abia State House of Assembly, Hon Cosmos Ndukwe instituted the suit against his party, praying for an order to compel it to uphold the zoning and rotatory policy of the party ahead of the 2023 presidential election. Ndukwe prayed the court to compel PDP to zone the nomination of its presidential candidate to the South East geo-political zone of the country. The Court on Friday, September 23, in a unanimous judgment delivered by Justice Adamu Jauro, struck out the suit on the ground of lack of jurisdiction to entertain it. Justice Jauro held that the suit was not justiciable on the ground that the nomination of candidates for election is an internal affairs of political parties. Recall that in May 2022, the Peoples Democratic Party (PDP) said its presidential ticket will not be zoned to any region. Debo Ologunagba, PDP spokesperson, said at the time that the decision aligns with the recommendation of the party’s zoning committee. “After a very extensive deliberation, NEC aligned with the recommendation of the PDP national zoning committee that the presidential election should now be left open,” Ologunagba had said.The post 2023 elections: Supreme Court strikes out suit seeking zoning of presidential ticket to South-East appeared first on Linda Ikeji Blog.
Uncategorized