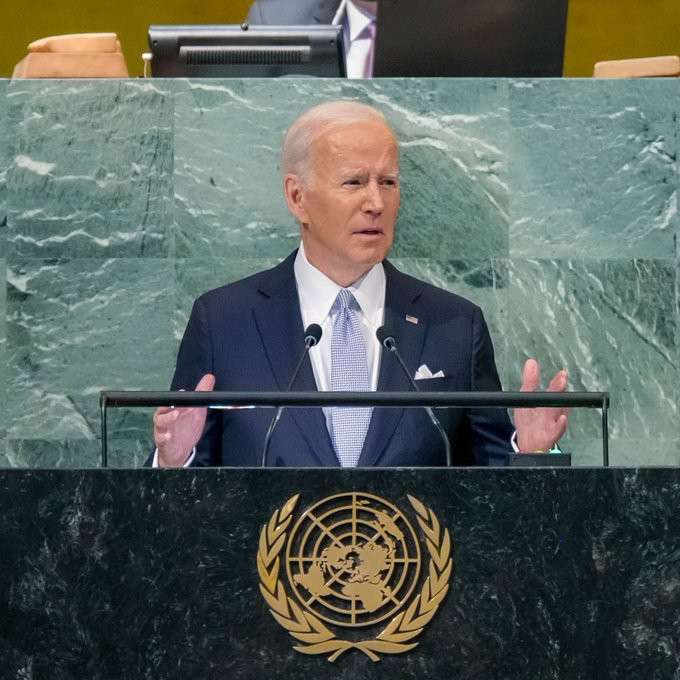 US President, Joe Biden has condemned Russia’s invasion of Ukraine while speaking at the United Nations General Assembly on Wednesday, September 21. As concerns over Russia potentially using nuclear weapons grows, Biden went after Russian President Vladimir Putin, just hours after Putin ordered a partial mobilization of 300,000 reservists and claimed he was ‘not bluffing’ about his willingness to use nuclear weapons against the West.‘Just today, President Putin has made overt nuclear threats against Europe,’ Biden said, adding that the Kremlin was ‘shamelessly’ organizing a ‘sham referendum’ in violation of the UN Charter. Biden’s address slammed Russia for violating the Charter, which exists to prevent countries from needlessly attacking each other.  He even denounced Russia’s justification for the invasion. 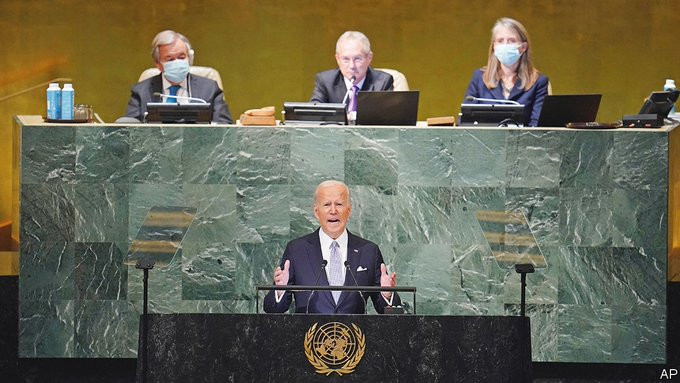 ‘This world should see these outrageous acts for what they are. Putin claims he had to act because Russia was threatened, but no one threatened Russia, and no one other than Russia sought conflict,’ Biden said.Biden called out Russia for its illegal and heedless invasion of Ukraine.‘A permanent member of the United Nations Security Council invaded its neighbor, attempted to erase the sovereign state from the map,’ he said.The war, according to Biden, is about ‘extinguishing Ukraine’s right to exist’ as both a state and people.  ‘Wherever you are, wherever you live, whatever you believe — that should make your blood run cold,’ Biden said.Biden vowed to stand with other countries in solidarity with Ukraine.‘Like you, the United States wants this war to end on just terms, on terms we all signed up for, that you cannot seize a nation’s territory by force,’ he said.‘Ukraine has the same rights that belong to every sovereign nation. We will stand in solidarity with Ukraine, we will stand in solidarity against Russia’s aggression, period.’ Biden also addressed several other key issues and pledged $2.9 billion to address hunger, a crisis he says the invasion worsened.The post Ukraine invasion a war chosen by one man – Joe Biden blasts Putin at United Nations General Assembly appeared first on Linda Ikeji Blog.
Uncategorized