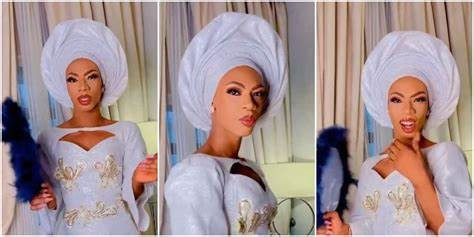 Popular crossdresser James Brown has revealed that he has a girlfriend.  The cross dresser who featured in Frankly Speaking podcast, said this is the first time he’s getting into a romantic relationship with a woman and it happened in the UK.James said this is a new development he’s proud of, adding that wearing female outfits is a lifestyle and doesn’t define his sexuality. Watch the video below…      View this post on Instagram           A post shared by Lindaikejiblog (@lindaikejiblogofficial)The post I have a girlfriend – James Brown reveals (video) appeared first on Linda Ikeji Blog.
Uncategorized