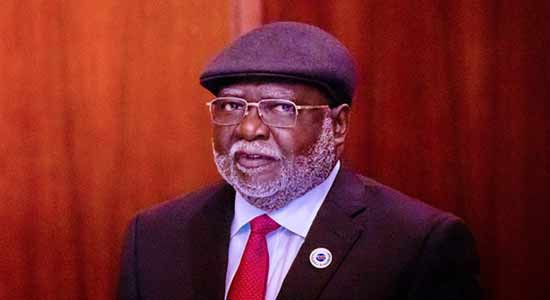 The Senate has confirmed the appointment of Justice Olukayode Ariwoola as the Chief Justice of Nigeria. At the resumption of plenary on Wednesday, September 21, Senate Minority Leader, Senator Ibrahim Gobir, moved two motions for the upper chamber to screen Ariwoola. His motions were approved by the legislators when they were put to a voice vote by the Senate President, Ahmad Lawan. Lawan called for the screening exercise to be moved forward from where it was listed on the order paper. Subsequently, Ariwoola and all Supreme Court judges, President of the Court of Appeal, President of the Federal High Court, President of the National Industrial Court and Secretary of the National Judicial Council walked into the chambers and took their seats. The Senate thereafter asked Ariwoola to take a bow and leave. President Buhari swore in Ariwoola as the acting CJN on June 27 following the resignation of his predecessor, Ibrahim Tanko. Born on 22 August 1954, Justice Ariwoola from Oyo state was formerly a Justice of the Court of Appeal before being elevated to the Supreme Court bench in 2011.The post Senate confirms Ariwoola as Chief Justice of Nigeria appeared first on Linda Ikeji Blog.
Uncategorized