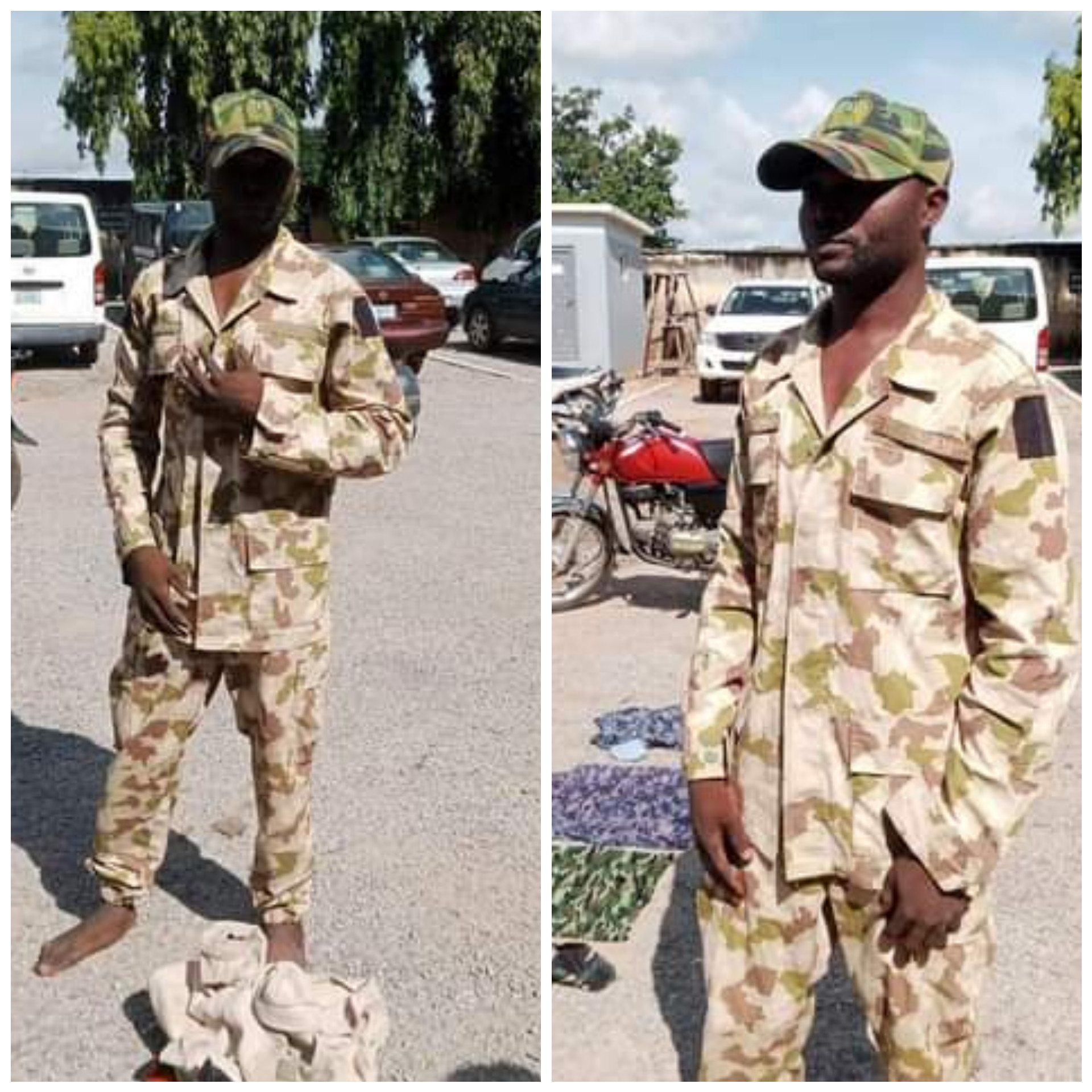 The Nasarawa State command of the Nigeria Security and Civil Defence Corps (NSCDC) has arrested a fake soldier in Keffi-Wambai community, Lafia Local Government Area of the State. The suspect, Moses Ayaka, 32, confessed to have defrauded over 22 individuals in the area with proceeds amounting to N440,000. Parading the suspect at the State Command Headquarters of the NSCDC in Lafia on Tuesday, the State Commandant, Abbas Bappa Muhammed who spoke through the spokesperson, DSC Jerry Victor said the suspect was arrested based on the tip-off made available by the member of the public and a victim to the suspect. “The suspect was arrested by the gallant men of the Command on the 9th September, 2022 at about 1700hrs in Keffi-Wambai, Lafia LGA of Nasarawa State,” the spokesperson stated. “The suspect who is an indigene of Bakin Ayini, in Kokona local government area of Nasarawa State, was caught with various items that belongs to the military, these items include: No1 Dress, 1 set of Camouflage, P-Cap Tie, Military inner vest, sophisticated and poisonous Jack-knife and a motorcycle he allegedly stole from one of his victim. “The suspect, confessed that some of the items were sold to him by one LCPL Gabriel serving in Maiduguri, Borno State and LCPL Daniel serving in Calabar, Cross-River State who he claimed are serving military personnel. “The suspect, Moses Ayaka,32yrs, onfessed to have defrauded over 22 individuals amounting to N440,000 and attributed it to the handiwork of the devil. He will be charge to competent court of jurisdiction for prosecution after investigation is concluded,” he added.  DSC Jerry further called on the people of the State to be security conscious, and report any suspected movement in and around their vicinity, to any security agencies closer to them. 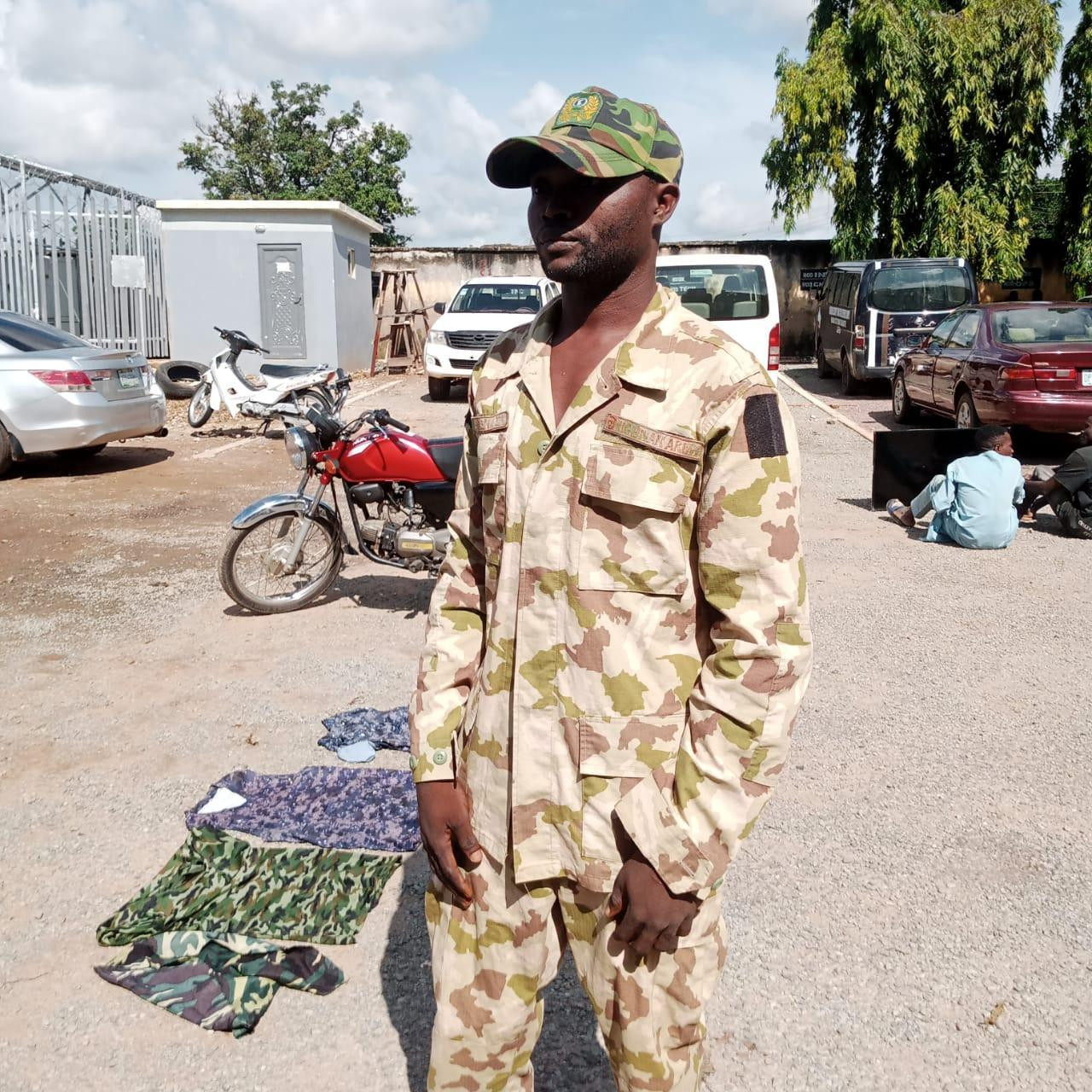 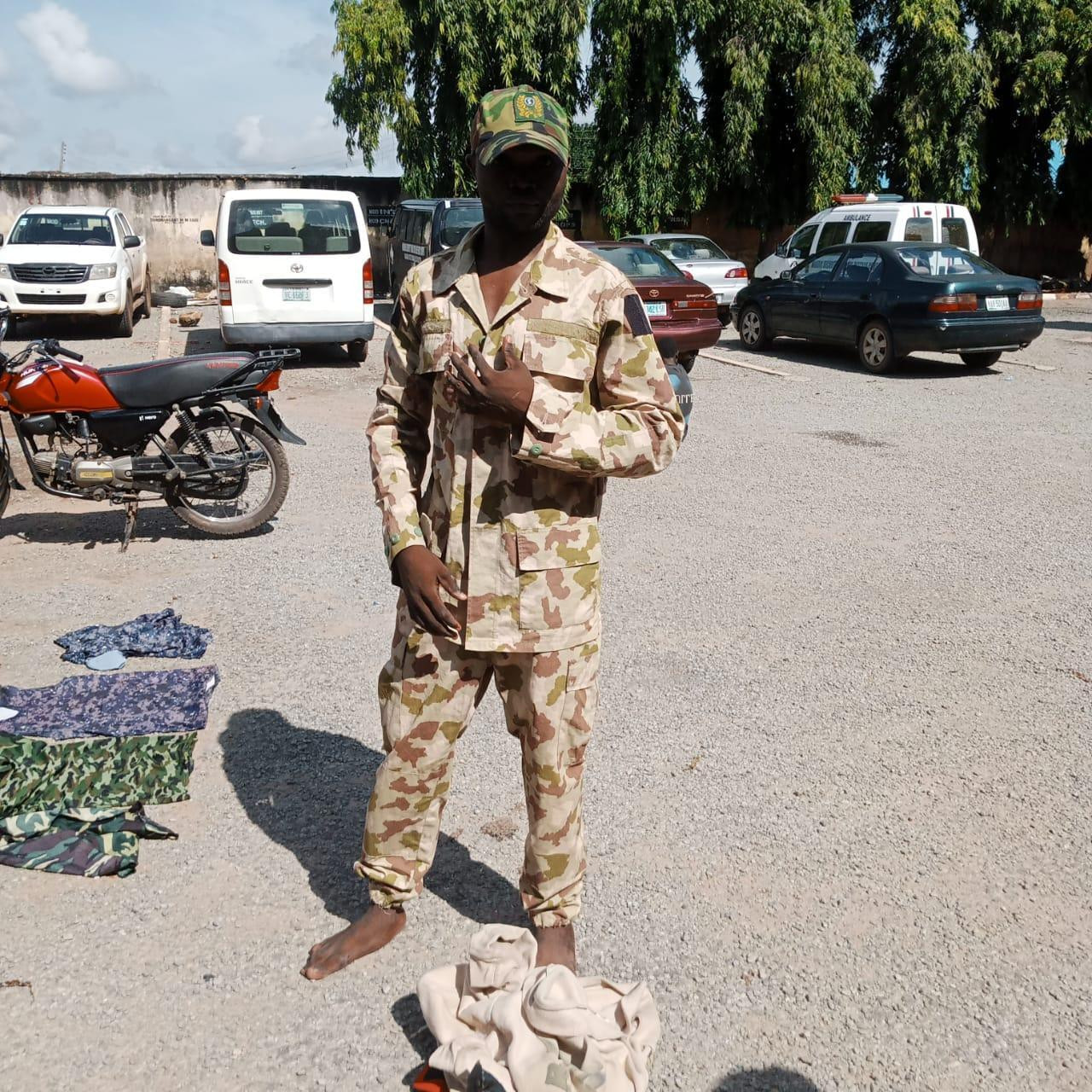