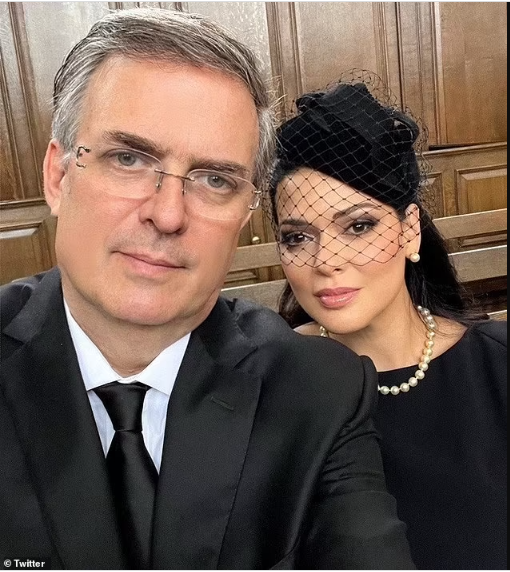 Mexico’s foreign minister is facing backlash in his home country after he shared a selfie of himself and his wife prior to Queen Elizabeth II’s funeral. Marcelo Ebrard posed alongside his wife, Rosalinda Bueso, as the couple smiled before he uploaded the picture to his Twitter account Monday evening, September 19. ‘At the State Funeral of HM (Her Majesty) Queen Elizabeth II,’ wrote Ebrard before he joined other world leaders at St. George’s Chapel in Windsor, England. His tweet was labeled as tasteless and a lack of respect towards the Queen, who died September 8 after 70 years as the head of the United Kingdom and other Commonwealth realms. ‘I find it disrespectful to take selfies at a funeral,’ one person tweeted. Another user on the platform lashed out at Ebrard for not showing decency. ‘I find it disrespectful to take selfies at a funeral,’ the person wrote. ‘You’re not at a birthday party to be taking selfies, Marcelo. Act accordingly. You are representing Mexico.’ One follower said he displayed behavior that some vacationers tend to display when visiting The Tower of London. ‘Marcelo is the typical tourist who goes to bother the Beefeaters and the royal guards to see if they move,’ the user wrote. ‘He is the typical tourist who goes and wants to touch the Mona Lisa. He is the typical tourist who puts the name of Mexico in the sewer. Thank you, I am honored by your visit.’ 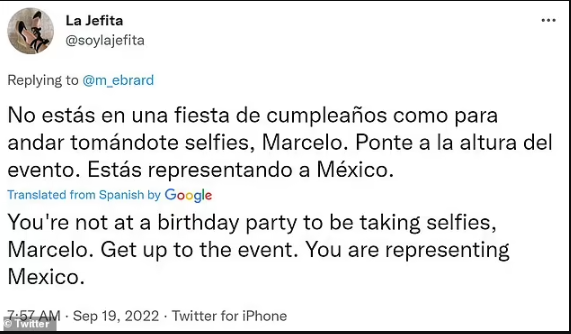 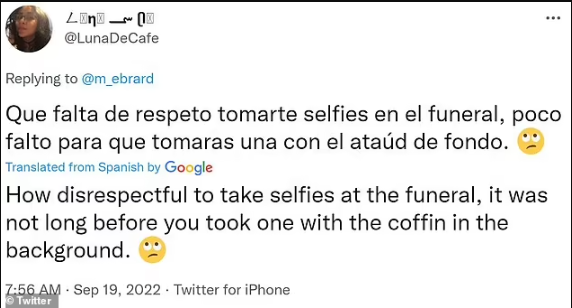 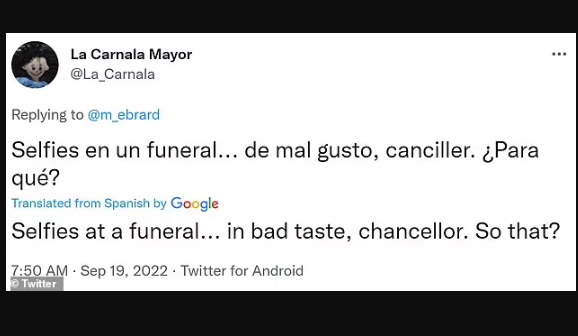 The post Mexico’s foreign minister slammed for sharing selfie of him and his wife at Queen Elizabeth’s state funeral appeared first on Linda Ikeji Blog.
Uncategorized