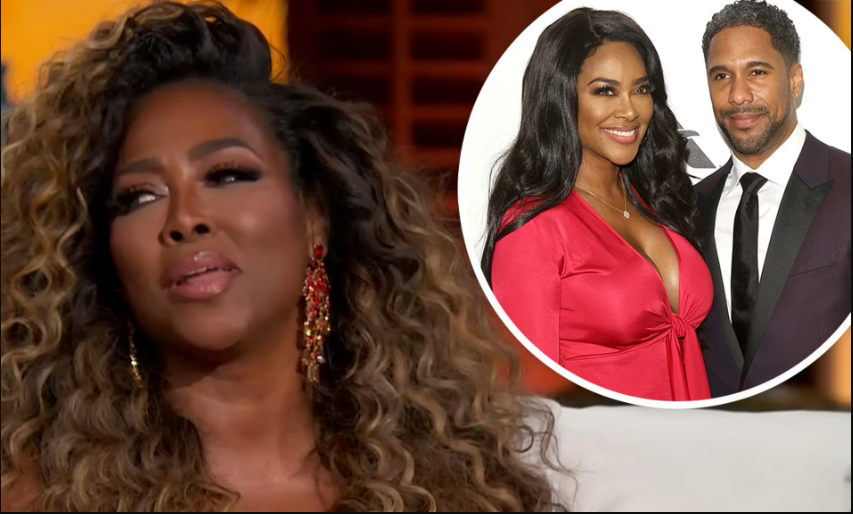 Kenya Moore is not officially single as she has disclosed that her divorce from estranged husband Marc Daly remains ‘at a standstill.’ The mother of one, 51, who she filed to split from in May of 2021, says that she remains legally wed to Daly. The Detroit-born reality star, who shares daughter Brooklyn, three, with Daly, said that she was ‘still not divorced’ legally. Real Housewives of Atlanta star disclosed this as she appeared on part two of the show’s 14th season reunion. Moore told Andy Cohen Sunday, ‘He’s not asking for anything at this point. It’s just at a standstill. So until we get a trial date or settle, it’s still going to go on.’ Moore said that the pending divorce has not hampered her social life. ‘I’m definitely doing some group dating and have people pursuing me, but nothing serious yet,’ she said. ‘People are flooding me with, “Hey, my friend wants to meet you,” guys reaching out. I just have that energy right now.’ Moore said that she has been thriving professionally and ‘doing better in business than I’ve ever done in my entire life.’ In an appearance on Watch What Happens Live with Andy Cohen this past May, Moore said she wants the divorce proceedings to be over, and that ‘the hold-up is on the other side. ‘I feel like it’s been going on for years too,’ Moore said. ‘Get me free! Get me free!’ Moore and Daly, who share a daughter, Brooklyn, 3, first wed in June 2017. Less than a year later, in September 2019, they split for the first time. They later rekindled their romance in February 2020, In January 2021, Daly confirmed that the couple had split once again.The post Kenya Moore says her divorce from estranged husband Marc Daly remains ‘at a standstill’ after filing for split in May of 2021 appeared first on Linda Ikeji Blog.
Uncategorized