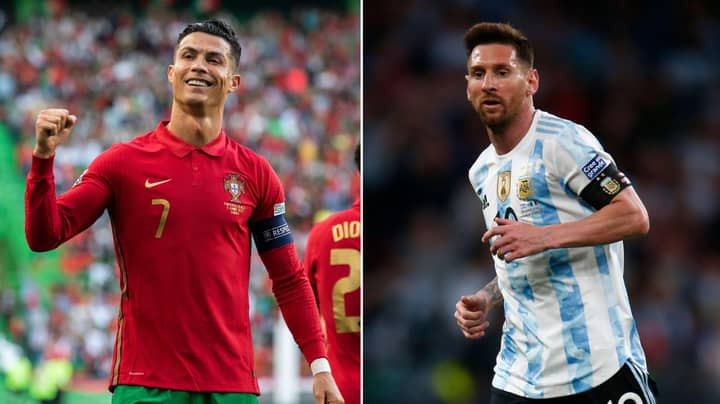 Cristiano Ronaldo has been named the most powerful footballer on Instagram who will feature at this year’s World Cup.  The Manchester United forward has 481 million followers on the social media platform – more than any other player who will star in Qatar.  His individual posts are also worth the most to brands, with each post valued at a staggering £3.1million.  The analysis was carried out by statistics company Nielsen Sports. They assessed players’ total number of followers, follower growth in the last year, engagement rate, and average brand value per post on Instagram.  Ronaldo’s follower count has surged by almost 47% over the last year and he has a 2.25% engagement rate on the posts.  The Portuguese superstar places above his long-term rival Lionel Messi, who has 360 million followers and an individual post value of £2.3million.  The Argentine’s Paris Saint-Germain team-mates Neymar (178 million followers) and Kylian Mbappe (72.5 million) rank third and fourth respectively, with both of their individual posts worth just over £1million. The post Cristiano Ronaldo beats Lionel Messi to be named footballs most-powerful player on Instagram with each of his post valued at a staggering 3.1million. appeared first on Linda Ikeji Blog.
Uncategorized