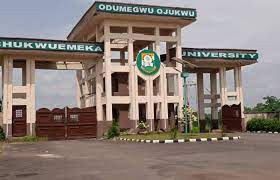 Three students of the Chukwuemeka Odumegwu Ojukwu University (COOU), Igbariam Campus, were recently found dead in their lodge on Wednesday, September 7. According to reports, the deceased students identified as Obidiaso Chidera, a 200-level political science student, Mercy, a pharmacy student, and Emmanuella, a Business Administration student, were found dead in Goodluck hostel in Anambra State. According to eyewitnesses, the bodies of the three students were found after some students who had not seen them went to the lodge to inquire. Several knocks on the door were not answered, so the students decided to forcefully break the door after which they found two lifeless bodies on the beds in the room while the third lifeless body was found in the kitchen. The school authorities in a statement released confirmed the incident but expressed shock that some students were still in their hostels despite the fact the school had closed in August. The school authorities say security operatives are investigating the matter and the outcome will be made public. Confirming the incident to LIB, the spokesperson of the state police command, DSP Ikenga Tochukwu, said;”Investigation has since commenced and the bodies have been recovered. We also recovered substances suspected to be drugs and our forensic operatives have taken over the crime scene as the Commissioner ordered immediate transfer of the case to SCID for a comprehensive investigation.” 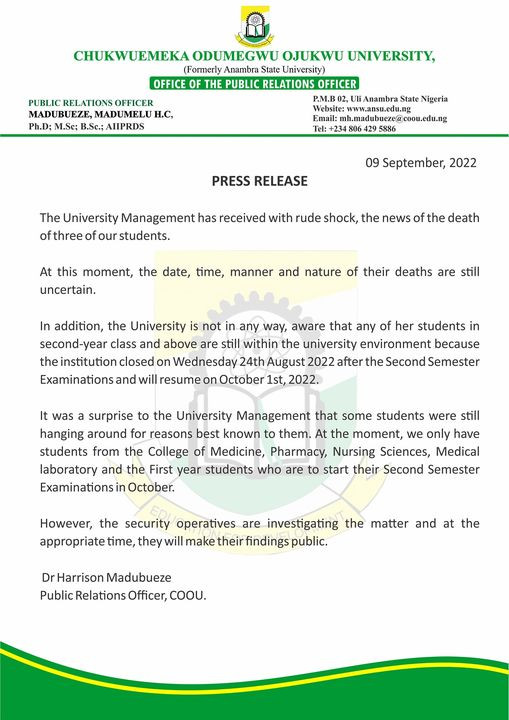