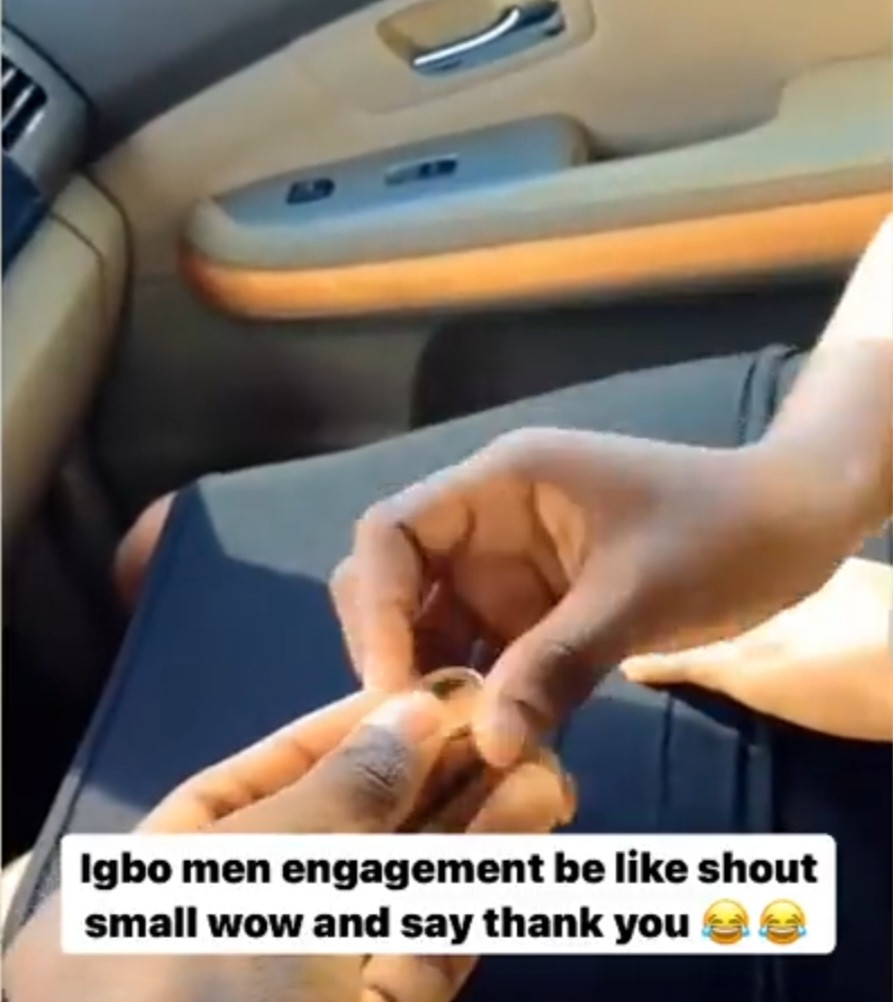 A man casually proposed to his girlfriend by passing her a ring and telling her to wear it before asking her to thank him for proposing. In a viral video, the man is seen producing the ring before telling the woman that he won’t kneel because that’s how African men propose. “Oya carry, take,” he said as he gave her the ring. “Put it on your finger,” he instructed after the woman collected the ring and she obeyed. The man added: “It’s not easy to engage somebody. “There’s no point kneeling down. That is the way we African men engage people.” He then told her to exclaim and thank him. “Say wow,” he told her after she wore the ring. After she responded, he told her to say “thank you.” “Thank you sir,” she replied. He told her again to thank him and she did. Watch the video below…      View this post on Instagram           A post shared by Lindaikejiblog (@lindaikejiblogofficial)The post Man casually proposes to his girlfriend in car then asks her to say ‘thank you’ and she obliges (video) appeared first on Linda Ikeji Blog.
Uncategorized