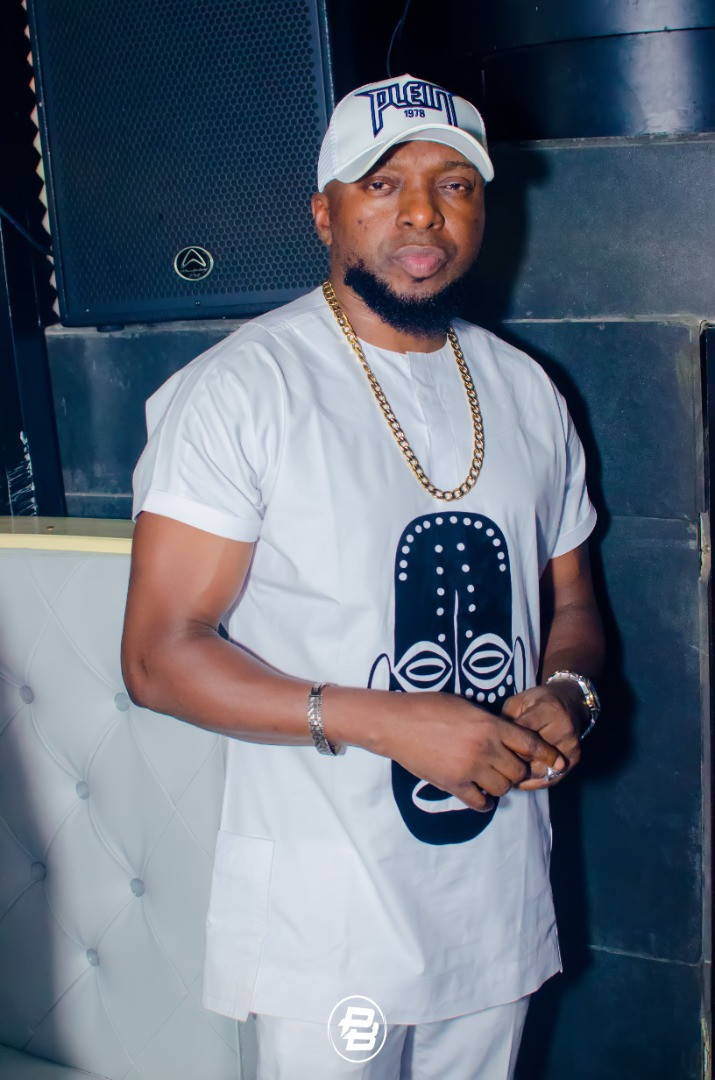 The month of September is uniquely special for Chief Promise Nwobu fondly called Ogede; the helmsman of Carabana Lounge as the top notch hospitality spot prepares to roll out the drums to celebrate its 7th year anniversary amidst pomp and pageantry.Located at 16 Baale Sekoni Street, Ajao – Estate in Isolo Lagos, Carabana Lounge was established on the 12th of September 2015 and quickly grew in size to become one of the hottest spots on the mainland which led to the birth of its night club called ‘Club Plan B’ at the same location.Speaking on the reason why he ventured into the hospitality business, the CEO of Carabana Lounge, Chief Promise Nwobu who is a graduate of Geological Sciences from the Nnamdi Azikiwe University said, ‘ever since I was a kid I have always loved the hospitality industry and show business so i knew it was definitely an industry I’ll fit into and become an big player. So I entered the space largely because of the passion and love I have for it and because of my desire to serve the public’. Chief Promise Nwobu hails from Umueji Ufuma in Orumba North local government of Anambra State, apart from being the founder and owner of Carabana Lounge and Club Plan B, he’s also into real estate with his company called Proms-Apex company Limited. 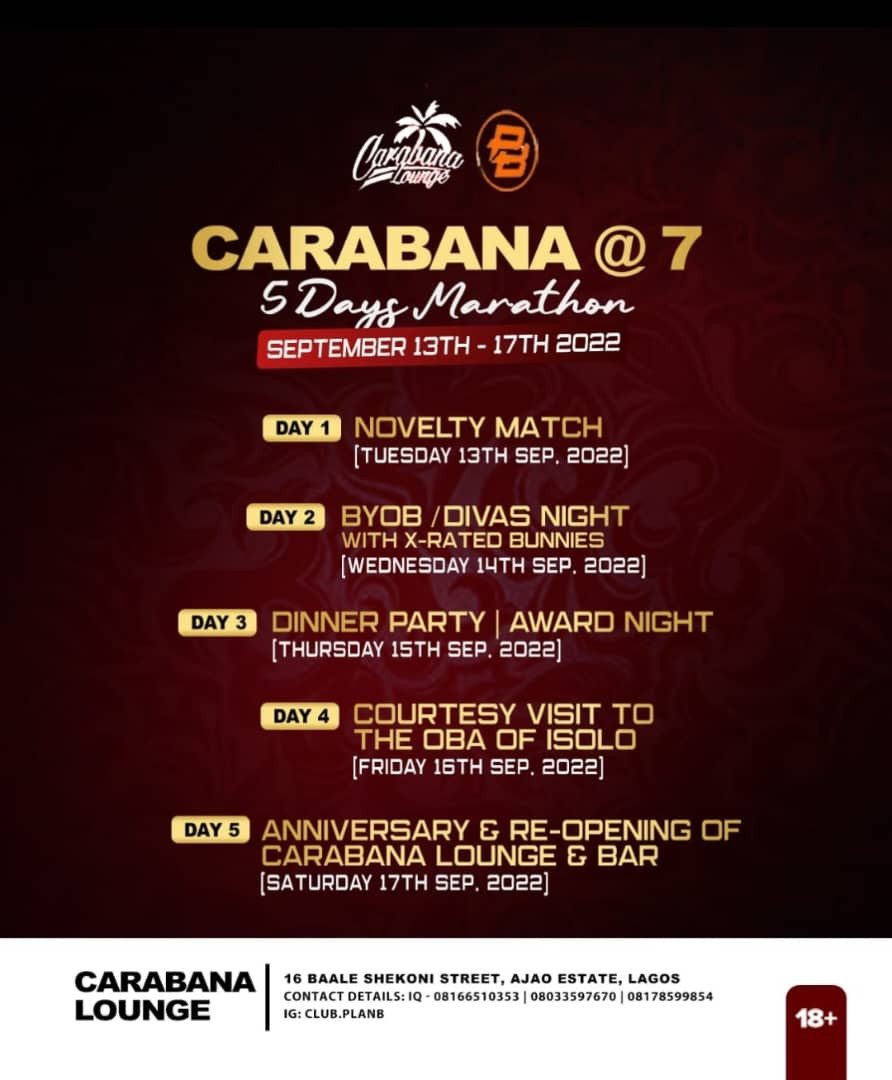 Speaking on the challenges he’s encountered while running the club and lounge in the last 7 years, Chief Nwobu said, ‘just like in any other business , there have been ups and downs, but all to the glory of God we’ve been able to surmount them all. I fondly remember when we almost lost everything in 2020 when the Lagos State Safety Commission shut us down due to Covid-19 violation, but we’ve been able to take it as a learning curve and come back stronger’.He went on to say, ‘this business puts me in a position where I put smiles on the faces of people on a daily basis. I enjoy the fact that I am able to provide a source of living for some families and we have plans to have more branches of Carabana and Club Plan B in major cities around the country then we also intend to incorporate hotels into the Carabana brand architecture.As part of plans to celebrate the 7th anniversary of ‘Carabana Lounge’, Chief Nwobu has highlighted an exclusive five-days line up of activities to celebrate with events such as novelty football match on Tuesday 13th September, BYOB/Ladies Night with x-rated bunnies on Wednesday 14th September, a dinner party on 15th September, a courtesy visit to the Oba of Isolo on Friday 16th September and a grand anniversary and reopening of Carabana Lounge and Bar on 17th September in grand style replete with panache, elan and candour.In the years to come, Carabana Lounge and Club Plan B intend to deliver value with a bang to clients, patrons and night life enthusiasts with a discernment for the best in the hospitality ecosystem.The post We will establish more branches of Carabana Lounge Across Major cities’ – Chief Promise ‘Ogede’ Nwobu speaks on 7th Anniversary of hospitality business appeared first on Linda Ikeji Blog.
Uncategorized