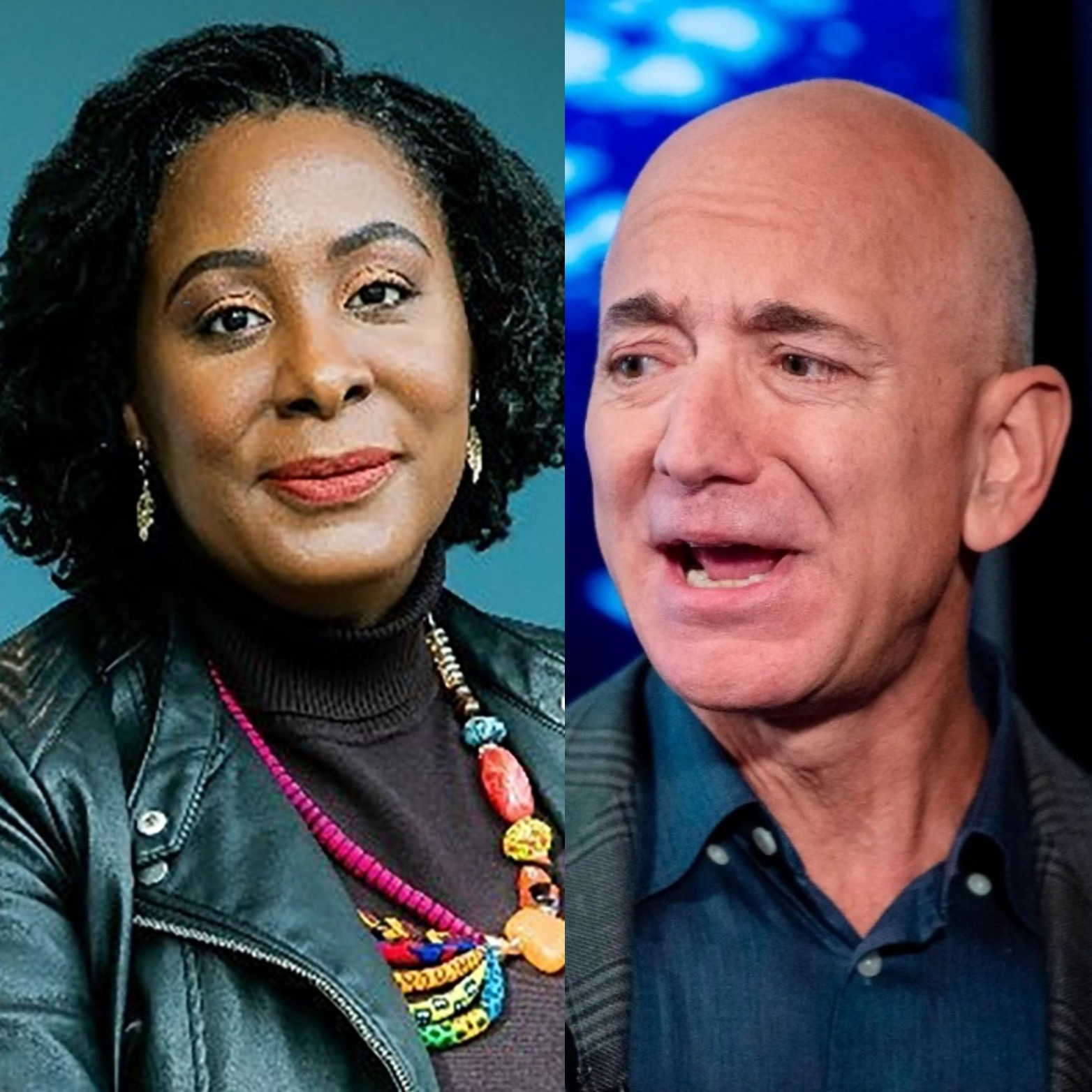 Jeff Bezos has slammed a university professor who wished Queen Elizabeth II an “excruciating” death and the professor responded by cursing him in Igbo. When the Palace announced that the Queen’s health has deteriorated,  Uju Anya, an associate professor of second language acquisition at Carnegie Mellon University, tweeted: “I heard the chief monarch of a thieving raping genocidal empire is finally dying. May her pain be excruciating.” When a Twitter user cautioned her, she responded: “I’m not wishing her dead. She’s dying already. I’m wishing her an agonizingly painful death like the one she caused for millions of people.” Uju added: “If anyone expects me to express anything but disdain for the monarch who supervised a government that sponsored the genocide that massacred and displaced half my family and the consequences of which those alive today are still trying to overcome, you can keep wishing upon a star.” Former richest man in the world, Jeff Bezos saw the tweet and called Uju anya out. The Amazon founder wrote: “This is someone supposedly working to make the world better? I don’t think so. Wow.” 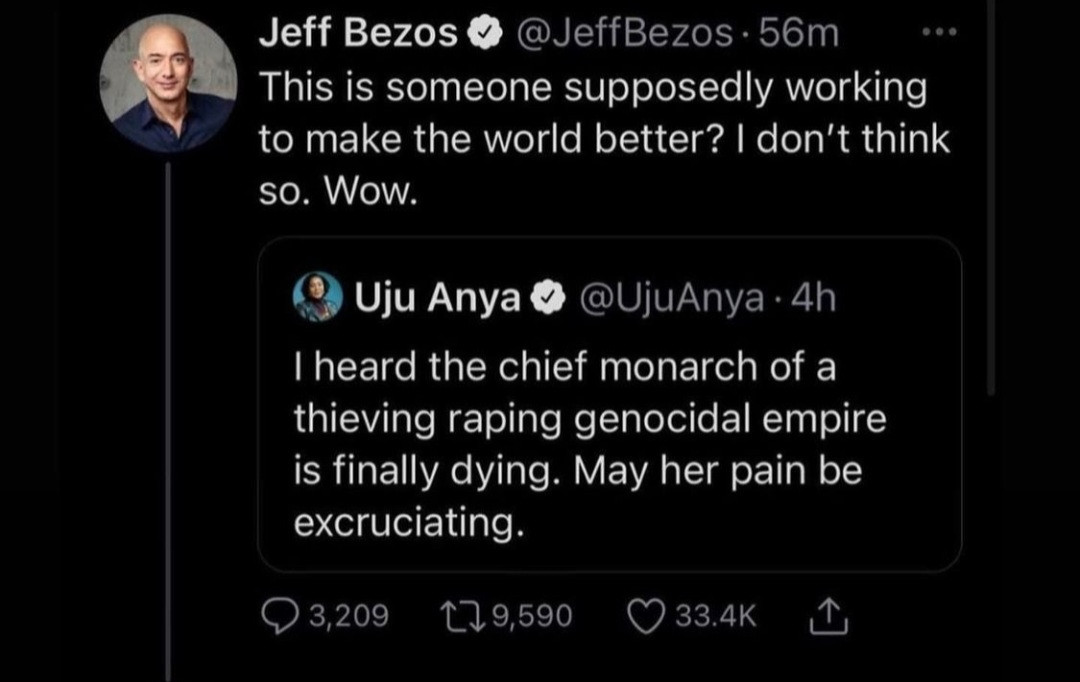 Uju responded to Bezos: “Otoro gba gbue gi (May diarrhoea kill you). May everyone you and your merciless greed have harmed in this world remember you as fondly as I remember my colonizers.” 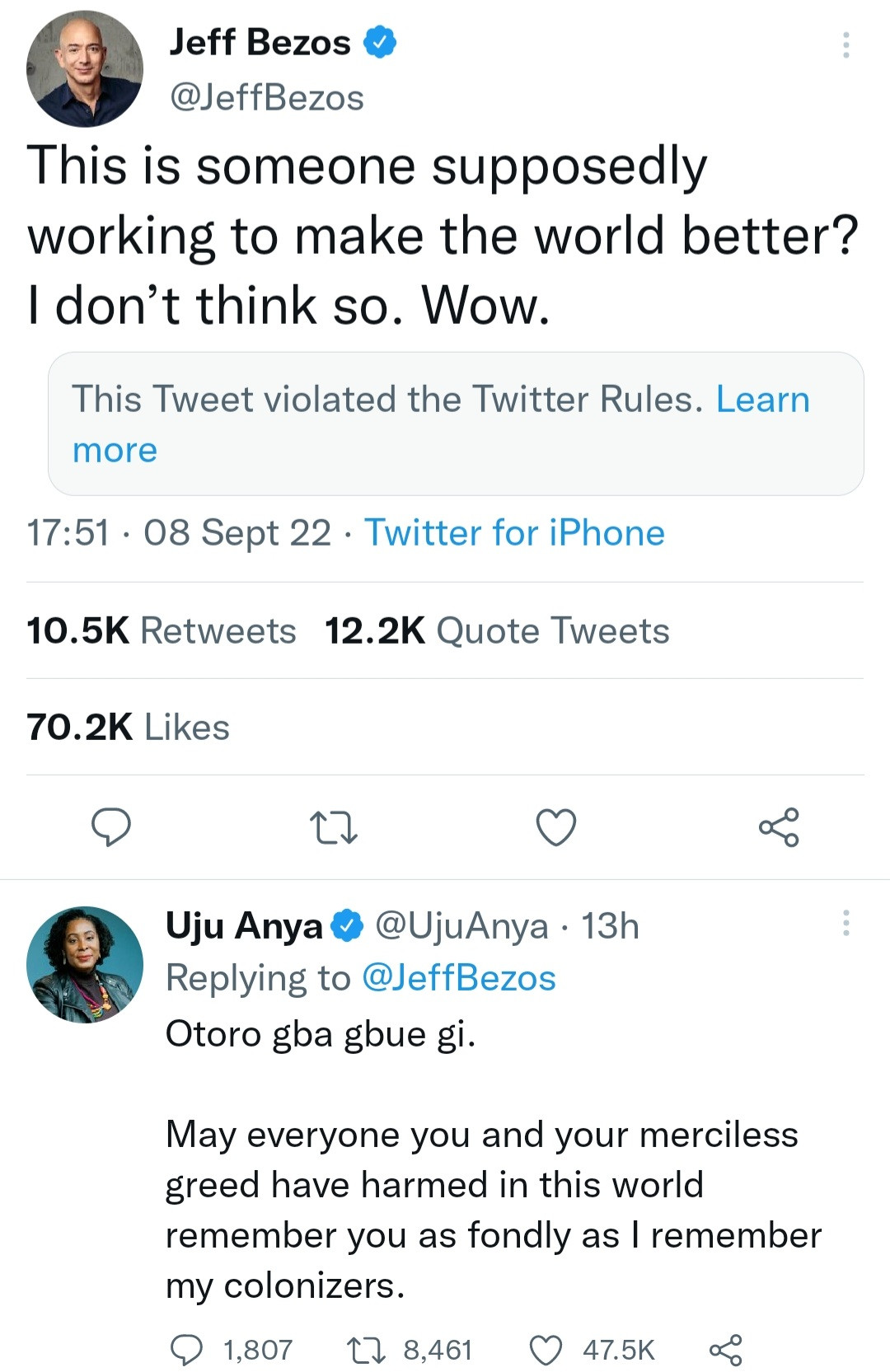