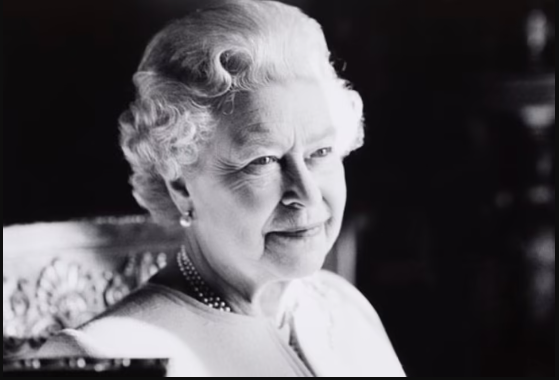 Buckingham Palace has announced a period of royal mourning will begin from now until seven days after the Queen’s funeral.  The new King confirmed his wish to hold an extended period of royal mourning, lasting a week until after his mother’s funeral, the full details of which have yet to be announced.  Black cloth or crepe bands will be worn on the left arms of all members, while the civilian dress is expected to be dark with black ties for men and black dress for women. Black-edged notepaper will also be used in all Royal Households during this period Meanwhile, flags at all royal residences will remain at half-mast until 8am on the morning after the period of royal mourning officially ends.  The period will be observed by all members of the royal family, household staff, and representatives of the royal household on official duties. Troops committed to ceremonial duties are also expected to observe. 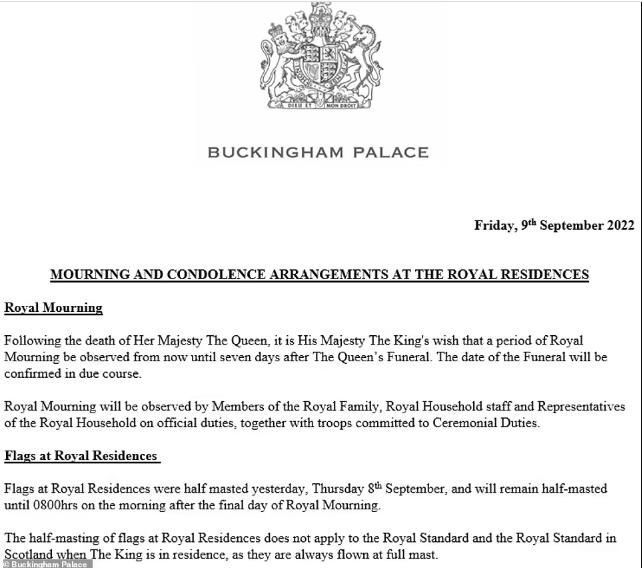 Queen Elizabeth, Britain’s longest-reigning monarch, and the nation’s figurehead for seven decades, died at her home in Scotland aged 96, on Thursday September 8. Her eldest son, Charles, 73, is now king of the United Kingdom and the head of state of 14 other realms including Australia, Canada, and New Zealand. His wife Camilla is Queen Consort. The post Buckingham Palace announces period of mourning begins now and will last until seven days after the Queen’s funeral appeared first on Linda Ikeji Blog.
Uncategorized