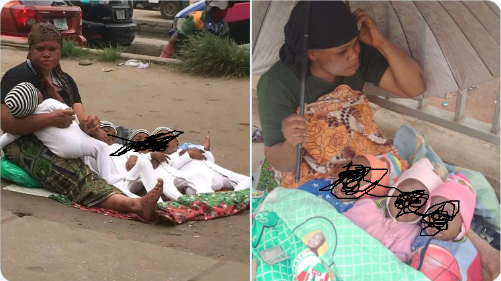 A Twitter user has raised an alarm about a woman who begs with different children in Abuja.  @thepurpleoz revealed that the woman was recently spotted at Gwarinpa bridge with triplets and not the four babies she was earlier spotted with.  She tweeted;  Someone made a tweet sometime that He saw this woman with quadruplets around mile 2 frame 1, today she is at Gwarinpa bridge with Triplets frame 2. The police or relevant authorities need to do something fast, cus how is she getting this kids . 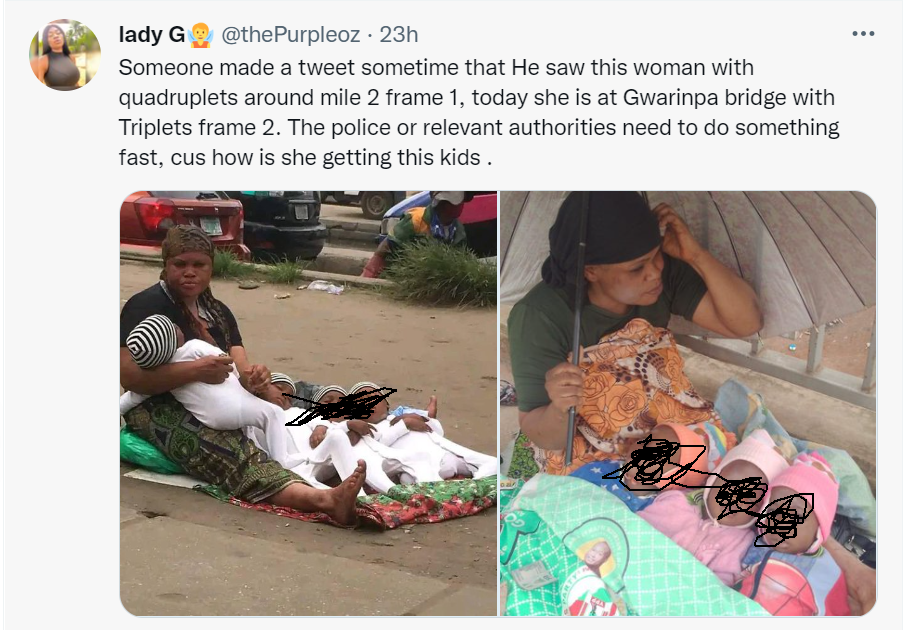