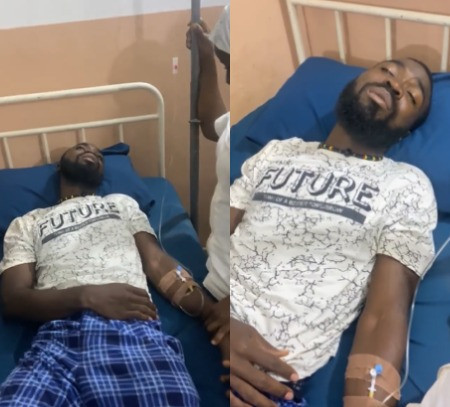 Police in Kwara state have been accused of allegedly dumping a student in front of his hostel after he became unconscious in their custody.Speaking from his hospital bed, the victim who is an international student, said he was with two of his friends when some police officers accosted them and ordered them to enter their vehicle.He said the officers identified one of the students and asked him to go while they told him and his friend to enter their vehicle. He said the officers asked for their phones which they surrendered to the officers. He alleged that after searching their phones and not finding anything incriminating, the officers turned to his friend and asked him why he isn’t into “Yahoo Yahoo.” The victim said he told his friend not to answer the question and this irked the officers who then allegedly started beating him. He said the officers took them to the station, collected their phones, and then threw them into the cell. The young man said he fell unconscious inside the cell and that was when the officers brought him out and took him to his hostel where they dumped him. 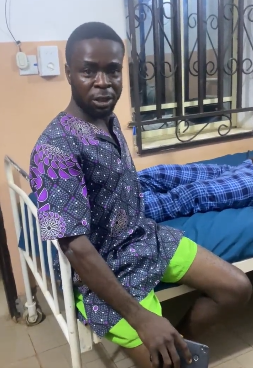 The caretaker The caretaker of the hostel confirmed the incident and said the officers did not move as they saw him rushing the victim to the hospital. The spokesperson of the state police command, SP Okasanmi Ajayi while reacting to the allegations, said; ”This allegation would be thoroughly investigated, it is very unprofessional if it truly happened the way the story was painted. I can assure you guys the needful would be done. Dm me the name and address of the hostel and hospital please.”

Watch the video of the victim speaking from his hospital bed below…      View this post on Instagram           A post shared by Lindaikejiblog (@lindaikejiblogofficial)The post Police in Kwara allegedly dump student in front of his hostel after he became unconscious in their custody (video) appeared first on Linda Ikeji Blog.
Uncategorized