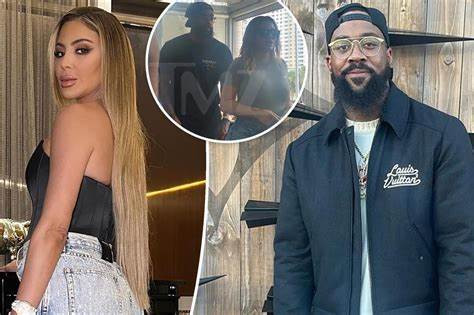 Reality star, Larsa Pippen and Michael Jordan’s son Marcus Jordan are just friends despite being spotted out on a double date in Miami on Sunday September 4.  Insiders told TMZ that the duo’s recent outing was nothing more than a casual get-together. Pippen kept things casual for the friendly meetup in a pair of distressed denim shorts, a gray bodysuit and a Godard backpack, while Marcus opted for a laid back all-black ensemble. Eyewitnesses told the outlet that the two did not show any PDA and that Pippen became “skittish” when fellow restaurant-goers started taking snaps of her and the son of her ex-husband’s NBA rival. Scottie Pippen and Michael, 59, were longtime teammates on the Chicago Bulls in the 1990s who more recently had a very public falling out. Larsa has also been vocal about her rocky relationship with Scottie. In February, she claimed the legendary basketball player, 56, had a habit of “punishing” her whenever he did not get his way. The Pippens called it quits in 2016 but briefly reconciled before Larsa filed for divorce two years later. They finalized their divorce in January after nearly 25 years of marriage. Larsa and the six-time NBA champion share four children: Scotty Jr., 21, Preston, 20, Justin, 17, and Sophia, 13.The post Larsa Pippen and Michael Jordans son Marcus just friends despite being spotted out on a date appeared first on Linda Ikeji Blog.
Uncategorized