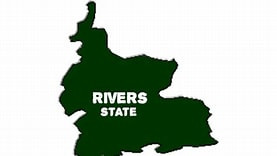 A commercial driver identified as Salvation Harry, has been killed by gunmen along Abonnema-Degema-Emohua road in Rivers State.  The gunmen also abducted eight passengers who boarded the bus from Mile One Park in Doibu axis of Port Harcourt, to Buguma.  Channels Television reported that one of the kidnapped victims had been released after paying the sum of one hundred and fifty thousand naira. When contacted, Rivers State Police Command’s Public Relations Officer SP Grace Iringe-Koko confirmed the incident, saying “there’s a sitrep that passengers were abducted while one was shot, but investigations are going on”. Chairman of Asari-Toru Local Government Area Onengiyeofori George in a statement signed by his Chief Press Secretary John Paul Braide condemned the killing while also calling on the police to get to the root of the matter.The post Rivers gunmen shoot driver dead, abduct eight passengers appeared first on Linda Ikeji Blog.
Uncategorized