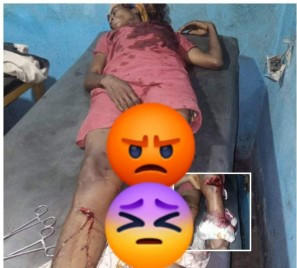 A Chief Magistrate Court 15, in Rivers State has remanded one Chima Amadi and his alleged lover, Orluchi Chima to Port Harcourt Correctional Centre, over attempted murder of his wife, Nwakaego Leticia Chima.  Amadi, 40, and Orluchi, 22, are accused of inflicting grievous bodily harm on Leticia,40, at Omerelu, Ikwerre Local Government Area of Port Harcourt on August 15,2022.  The State Criminal Investigation and Intelligence Department (SCIID) brought the case to court in form of a remand order on Monday, September 5, 2022.  No plea was taken as no charge was read to the accused. Chief Magistrate Oguguo adjourned till September 23 for the possible arraignment of the defendants on the charges the court has jurisdiction on. The suspects were arrested by Elele Police Division and later transferred to State CIID, Port Harcourt. Amadi had maintained that the woman he brought home was not his female lover, but his second wife. The victim’s elder brother, Warisi Anayo, had accused his sister’s husband and the female lover of inflicting machete cuts on her. The victim, who is recuperating from severe wounds she sustained during the attack, is still admitted at the University of Port Harcourt Teaching Hospital (UPTH), Choba. The post Rivers court remands man and alleged side chic for attempted murder of his wife appeared first on Linda Ikeji Blog.
Uncategorized