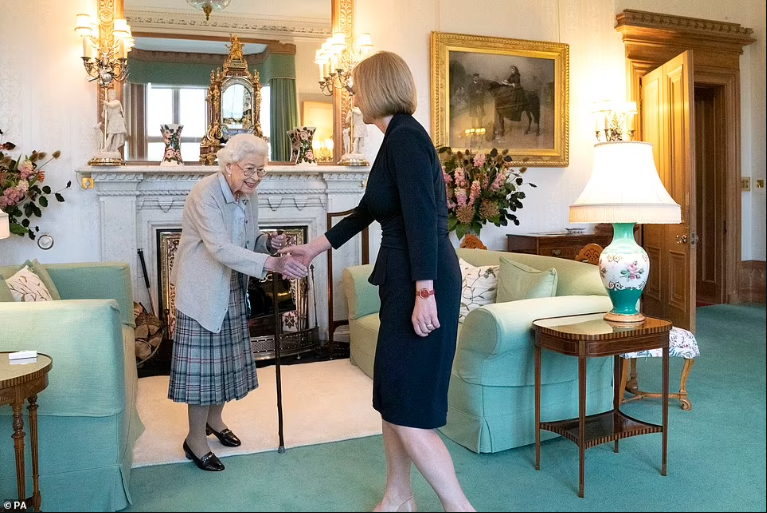 Liz Truss is officially Britain’s 56th Prime Minister after Boris Johnson tendered his resignation before the Queen asked her to form a government. The newly-installed PM emerged from the monarch’s Balmoral residence in Scotland after completing the handover of power, a process known as ‘kissing hands’.  In a statement, Buckingham Palace said: ‘The Queen received in audience The Right Honourable Elizabeth Truss MP today and requested her to form a new administration. Ms Truss accepted Her Majesty’s offer and kissed hands upon her appointment as Prime Minister and First Lord of the Treasury.’ 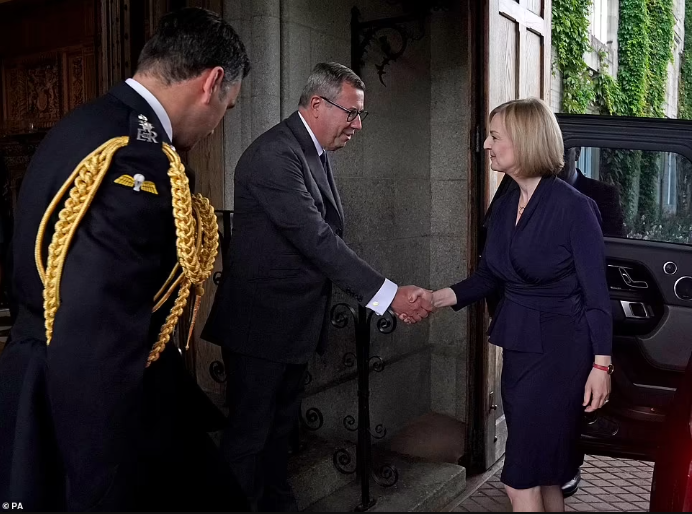 The grand moment came shortly after Mr. Boris Johnson – accompanied by wife Carrie – left Balmoral following his final 40-minute audience with the Queen. A statement from Buckingham Palace said the monarch had been ‘graciously pleased’ to accept. Ms. Truss will have little time to celebrate as she must head back to London to thrash out plans for curbing soaring energy bills. She is expected to cap the typical household bill at £2,500 a year with costs further offset by keeping the £400 handout that had already been committed. That would leave the level only slightly higher than the £1,900 existing cap, and a thousand pounds below the figure it was due to hit next month, according to Mail Online.  Ms Truss will deliver her own speech on the steps of Downing Street around 4pm.  The foreign secretary becomes the nation’s third female after she secured just over 81,000 to Mr. Sunak’s just over 60,000.The post Liz Truss officially becomes Britain’s 56th Prime Minister after ‘kissing hands’ with the Queen at Balmoral (photos) appeared first on Linda Ikeji Blog.
Uncategorized