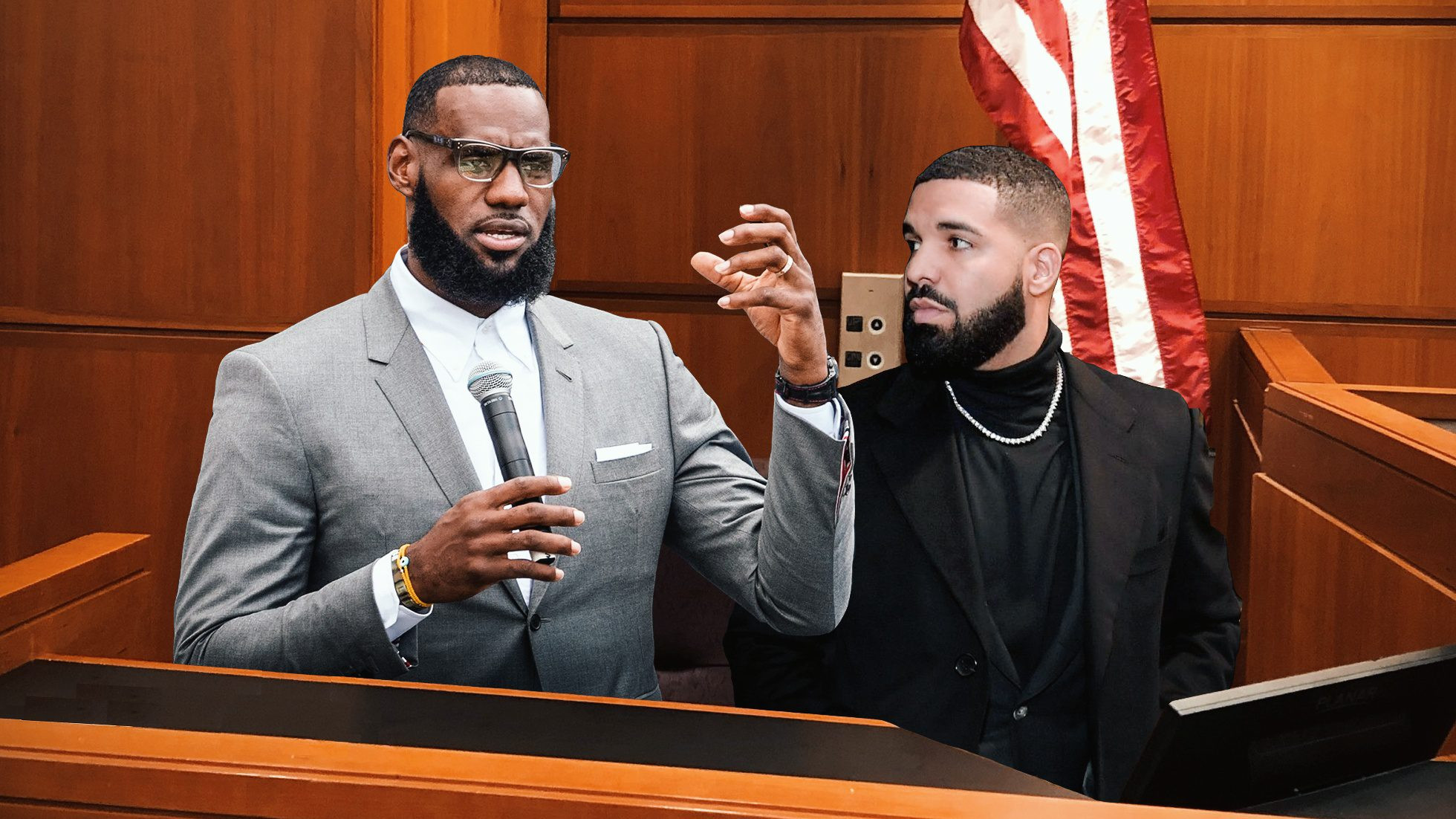 NBA star, LeBron James and rapper Drake are currently being sued by Billy Hunter, a former longtime head of the NBA Players Association and ex-federal prosecutor over the “improper acquisition of intellectual property rights” for an upcoming documentary. Hunter has filed a $10m lawsuit over the rights to Black Ice documentary, which is based on a book about a segregated hockey league for black players in Canada and systemic racism within the sport. 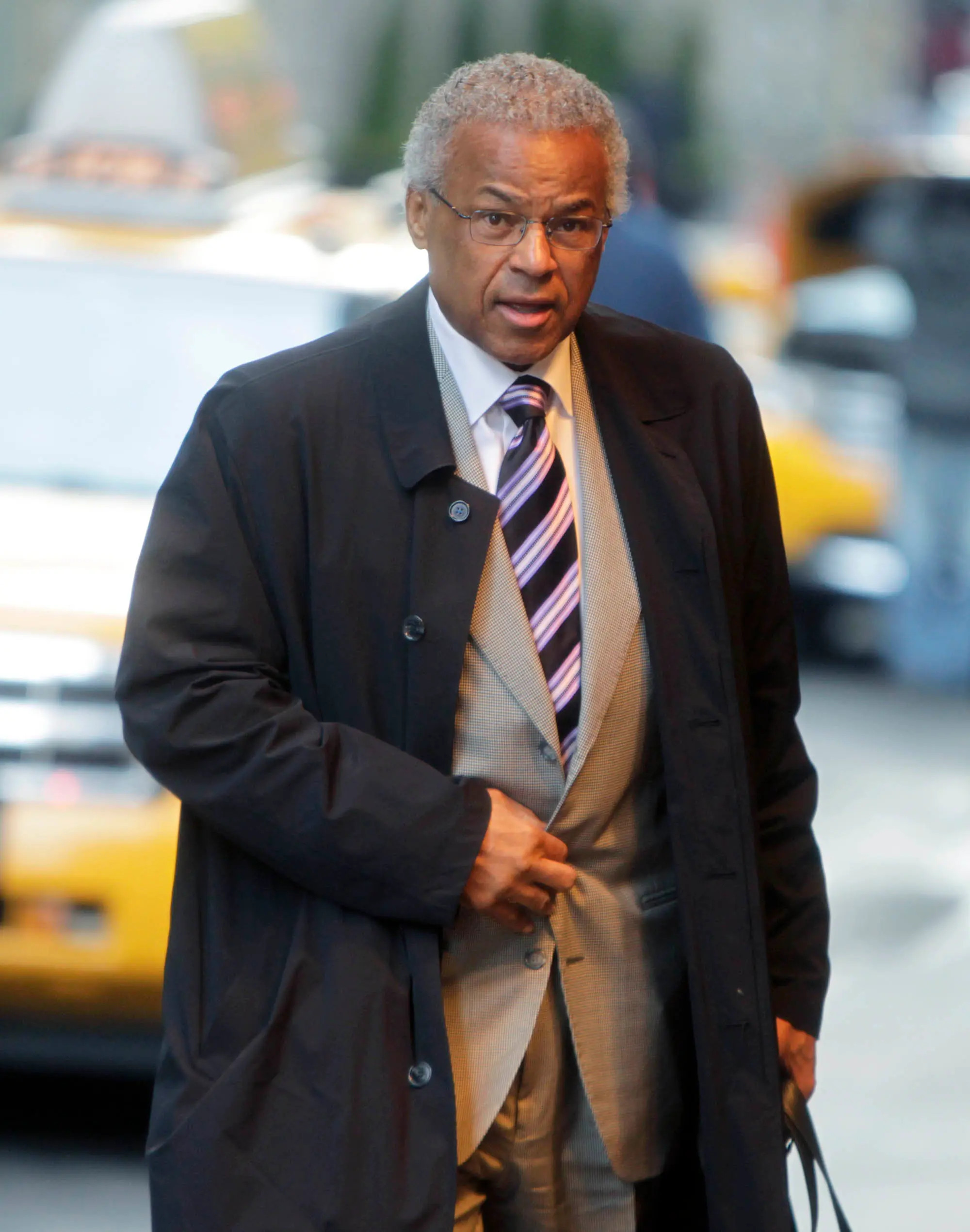 In an explosive complaint filed at Manhattan state Supreme Court, the former prosecutor claimed he holds the exclusive legal rights to produce any film about the Colored Hockey League that existed from 1895 to the 1930s. The suit filed by Hunter’s attorney, Larry Hutcher read;  “While the defendants LeBron James, Drake and Maverick Carter [LeBron’s business partner] are internationally known and renowned in their respective fields of basketball and music, it does not afford them the right to steal another’s intellectual property.” In the lawsuit, Hunter accuses the defendants who include four-time NBA champion and MVP James, “Nice for What” singer Drake and their entertainment companies, of cutting a deal behind his back with the authors of the critically acclaimed book that the documentary is based on — “Black Ice: The Lost History of the Colored Hockey League of the Maritimes, 1895 to 1925.” The authors, George and Darril Fosty, are also listed as defendants, citing breach of contract for allegedly violating the agreement giving Hunter the rights to produce a movie on the black hockey league and instead working out a side deal with Team LeBron and Drake. 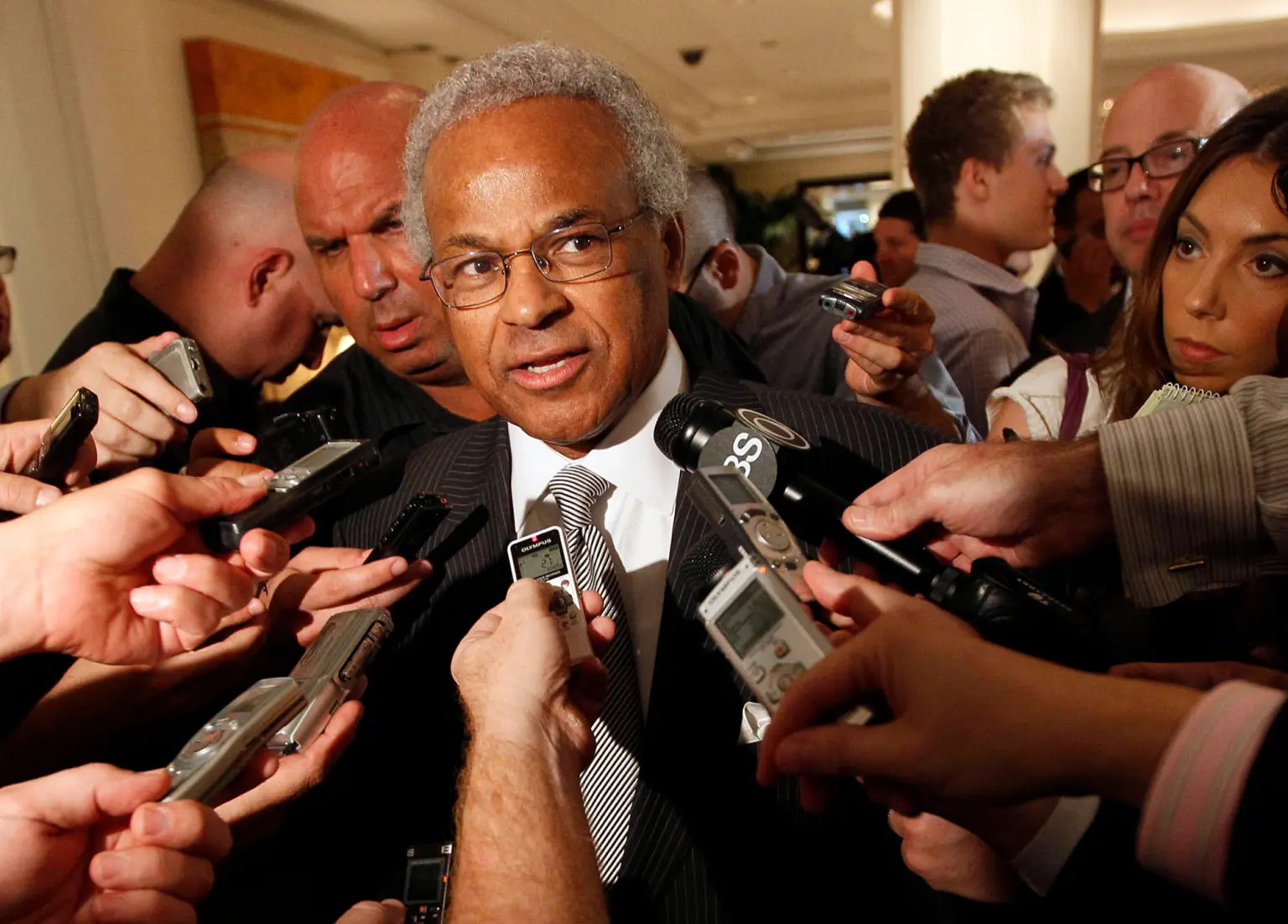 The suit says Hunter paid the authors a total of $265,000 for the movie rights to the story. The documentary, directed by Oscar-nominated filmmaker Hubert Davis, is being showcased at the Toronto International Film Festival on September 10. “I don’t think they believed the property rights would be litigated. They thought I would go away. They gambled,” Hunter, 79, who also briefly played professional football in the 1960s, told The Post. In a possible play on words, Hunter’s lawyer, Hutcher, said it’s “highly ironic” that James and Drake, who “cherish their brands,” would be “so cavalier” as to violate someone else’s movie rights. James started his career with his hometown Cleveland Cavaliers. A longtime civil rights activist, Hunter, who is black, said he was fascinated with the story of the black-only professional hockey league, reminiscent of the segregated negro professional baseball league in the United States and the civil rights push to break the color barrier. Hockey is the national sport of Canada. “I just said, ‘Wow. That has to be a movie,’” he said. The lawsuit also lists James’ entertainment companies, The Springhill Company and Uninterrupted Canada, as defendants along with Dreamcrew Entertainment, the entertainment firm of Drake, whose birth name is Aubrey Graham, and Future (legal name Adel Nur), and the Fostys’ publishing firm, Stryker Indigo and First Take Entertainment, a film production company. 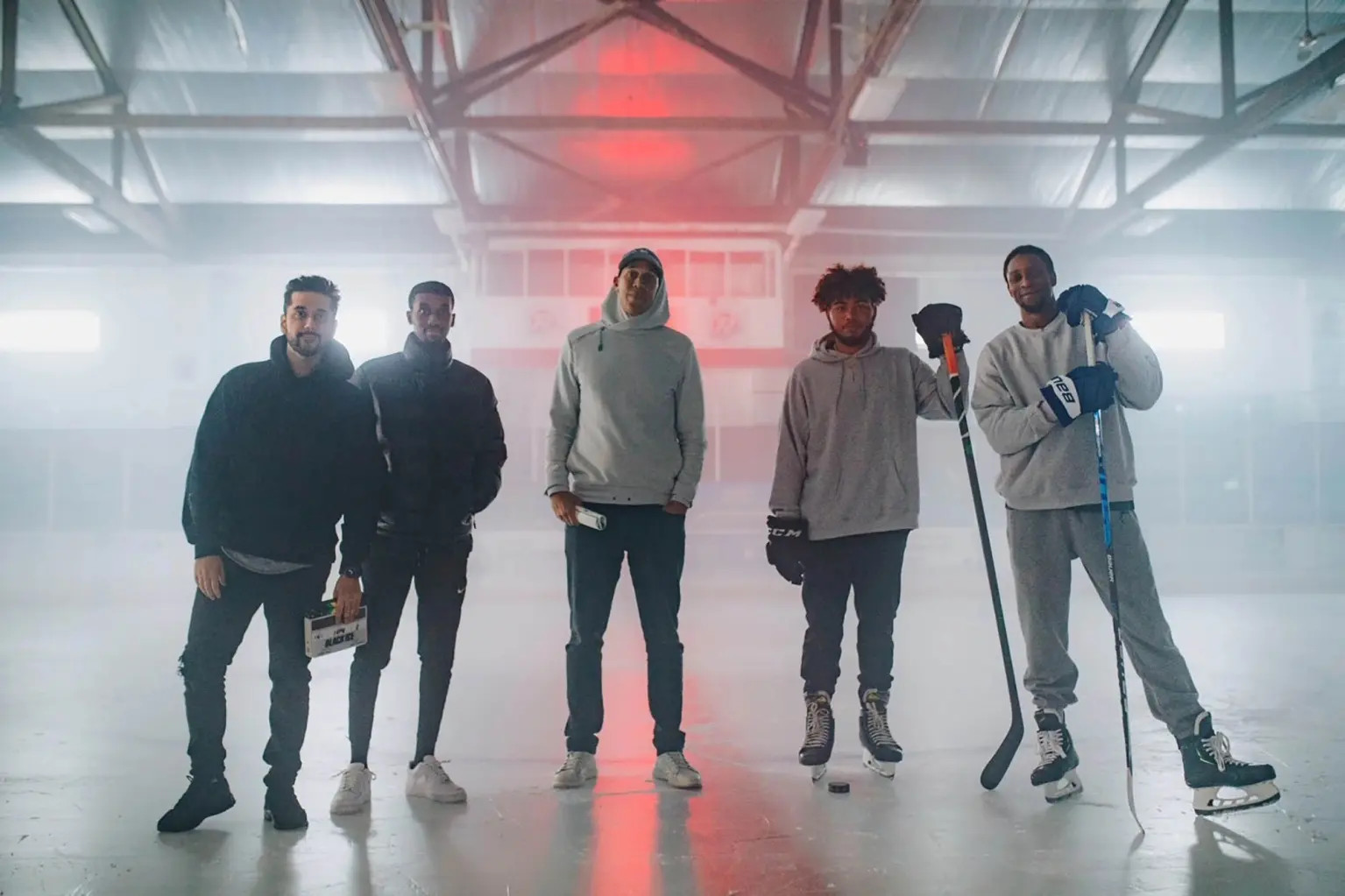 The complaint alleges that when Hunter confronted the authors after hearing of the separate “Black Ice” film deal with James and Drake, the Fostys “speciously claimed” that the “competing venture” did not violate his “exclusive worldwide license” or film rights because the “documentary” was different and did not violate the agreement. “A documentary is still a ‘motion picture’ and an ‘audiovisual adaptation’ andany claim to the contrary is absurd and made in bad faith,” Hutcher said in the Hunter suit. Hunter and the Fostys entered into an “option agreement” for a movie adaptationof the “Black Ice” story on March 25, 2019. He put down $10,000. About 18 months later in October 2020, Hunter received a phone call from George Fosty, who told him the authors had been approached by other producers who wanted to do a documentary based on the “Black Ice” book, Vinamy Virmani and Scott Moore of First Entertainment. The First Entertainment reps said in a Zoom call they were working with James and his Springhill company to obtain the rights to produce a “Black Ice” documentary and had received partial financing from the Canadian Film Fund for the project. But Hunter “unequivocally stated that this was a passion project of his, and he had no interest in selling his exclusive option or any portion of his rights” to anyone else, according to the suit. 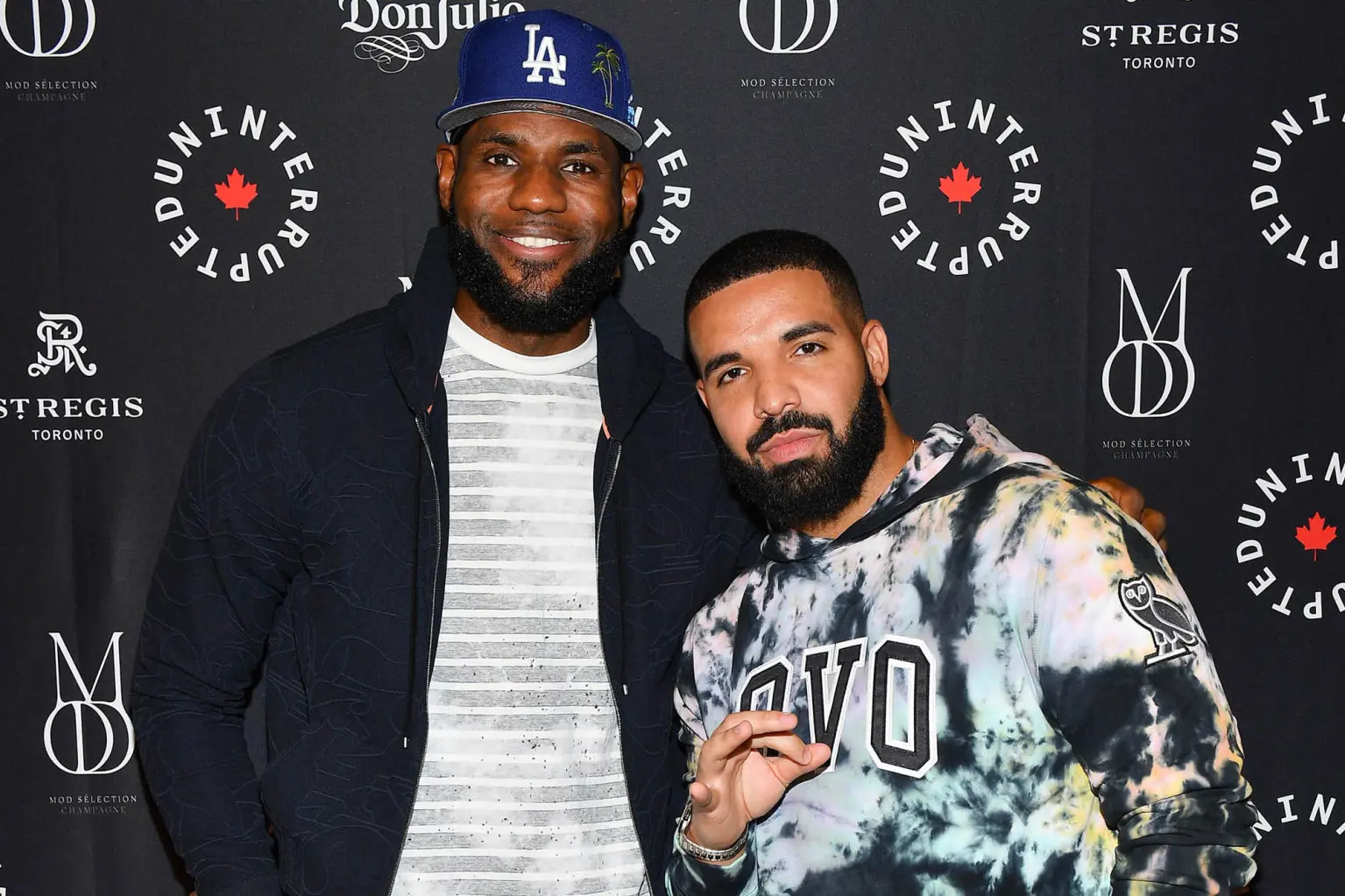 Hunter, through his lawyer, then sent a breach-of-contract letter to the defendants on November 1, 2021, after seeing a story in the Canadian press that Drake would be executive producer of the “Black Ice” documentary. He also paid the Fostys $250,000 in February 2022 to retain “exclusive worldwide rights” to any “audiovisual” adaptation of the “Black Ice” story. The Hunter suit accuses the Fostys and their publishing firm of breach of contract and the James and Drake teams of “tortious interference.” The suit says the “Uninterrupted Defendants” — Team LeBron — offered the Fostys $100,000 to acquire the “already optioned” rights to produce a documentary about the “Black Ice” story and agreed to pay the authors 3% of the total movie budget. “The Uninterrupted defendants paid those sums to induce the Authors to breachtheir Agreement with Plaintiff,” the Hunter suit alleges. The court papers said the James team then sought the backing of additional investors, specifically, Dreamcrew Entertainment, which is a co-venture between Drake and Future. “The Dreamcrew Defendants’ and Uninterrupted Defendants’ acts were and areintentional and carried out for the purpose of disrupting Plaintiff’s legal rights. Each of the Dreamcrew Defendants and Uninterrupted Defendants acted with malice as demonstrated by the inflated price they paid for the duplicate option,” the Hunter suit claims. Reps for James, Drake and the Fostys and their firms had no immediate comment. Hunter, who resides in Harlem, had a falling out with the NBA players union. He was ousted in 2013 after serving as a director of the union since 1996, and the two sides reached a confidential settlement after he countersued over being replaced.The post LeBron James and Drake sued for $10M over rights to Black Ice hockey film appeared first on Linda Ikeji Blog.
Uncategorized