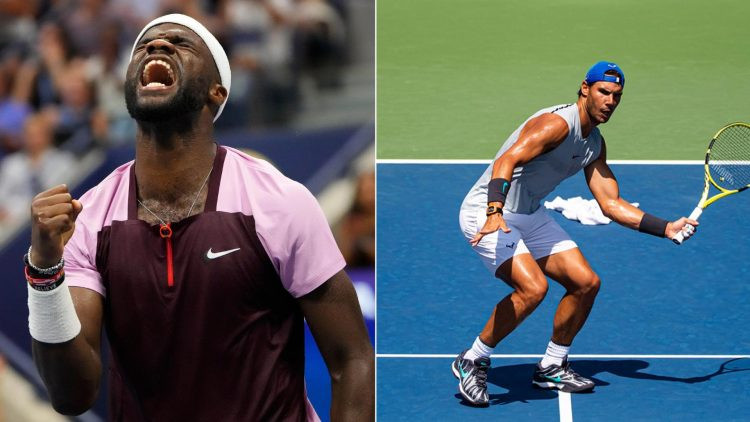 Twenty-two-time grand slam champion, Rafael Nadal has been knocked out in the fourth round of the US Open by American, Frances Tiafoe at Arthur Ashe Stadium in Flushing, New York. In the match which lasted more than 3 hours and 30 minutes, Tiafoe defeated Nadal 6-4, 4-6, 6-4, 6-3 on Monday night, September 5.  Tiafoe, 24, is the youngest American man to get this far in the US Open since a then-24-year-old Andy Roddick made it to finals in 2006. “It was definitely one hell of a performance,” he said following the match. “I played really well today. Yeah, I guess, I mean, I just came out there and I just believed I could do it. It helps I played him a couple times.” On what the victory against Nadal meant to his parents, who immigrated to the United States from Sierra Leone, he said: “I just had a big passion for the game. Not even mainly for me, but to do it for them. To see them experience me beat Rafa Nadal, they’ve seen me have big wins, but to beat those Mount Rushmore guys, for them, I can’t imagine what was going through their heads. “Yeah, I mean, they’re going to remember today for the rest of their lives.” Nadal, 36, recorded his first loss in a grand slam event this year and is now 22-1 this season. The Spaniard won the Australian Open and French Open before withdrawing from Wimbledon in July before his scheduled semifinal showdown with Australian Nick Kyrgios. “The difference is easy,” Nadal said afterward. “I played a bad match and he played a good match. At the end that’s it, no?” Nadal said Tiafoe played more solidly than in previous matches between to defeat him. “But I don’t think I pushed him enough to create him the doubts that I need to create,” he said. “Of course, he did the things well. If not, he will not win, without a doubt. Congrats to him.” Nadal said he needs to “fix things” and when he feels mentally ready to compete again, he will, but he is unsure about the timetable. Tiafoe will face Andrey Rublev of Russia in a quarterfinal on Wednesday, with the US Open men’s singles final scheduled for Sunday.The post Frances Tiafoe defeats Rafael Nadal in shock win to advance into quarterfinal at US Open appeared first on Linda Ikeji Blog.
Uncategorized