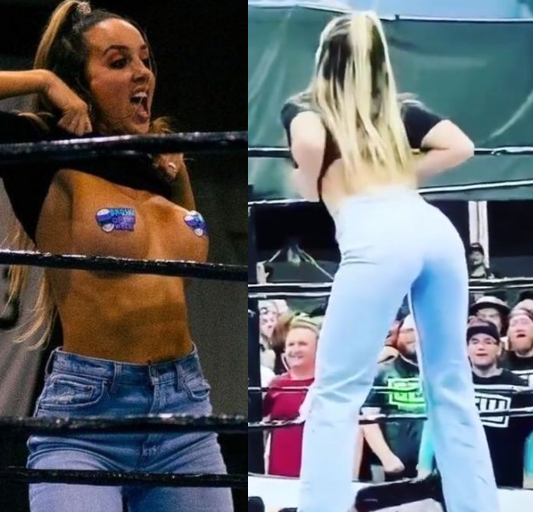 A former WWE superstar rushed to the ring to flash her boobs in an attempt to distract her husband’s rival during a wrestling match days after a boxer flashed her boobs following KO win. Chelsea Green sent fans into a wild frenzy as she lifted up her top and shook her body in front of wrestler Jimmy Lloyd until he lost all focus on the match in hand. The OnlyFans star was watching Lloyd go toe-to-toe with her husband Matt Cardona at Game Changer Wrestling Show’s The Art of War event when she decided to step in and tilt the odds in her hubby’s favour. Cardona’s Internet title was on the line and he even announced ahead of the bout that if he lost would end his GCW career there and then. So, towards the end of the match which Chelsea clearly feared could have been enough for Lloyd to claim a victory, she bared her breasts. 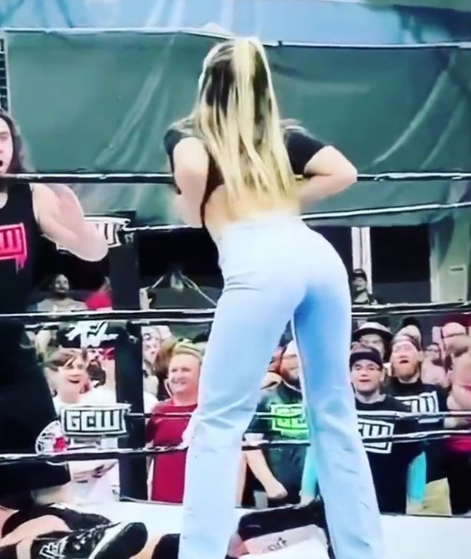 That singular act proved to do the trick as a baffled Jimmy Lloyd wandered towards her before receiving a nasty blow to his groin from behind. 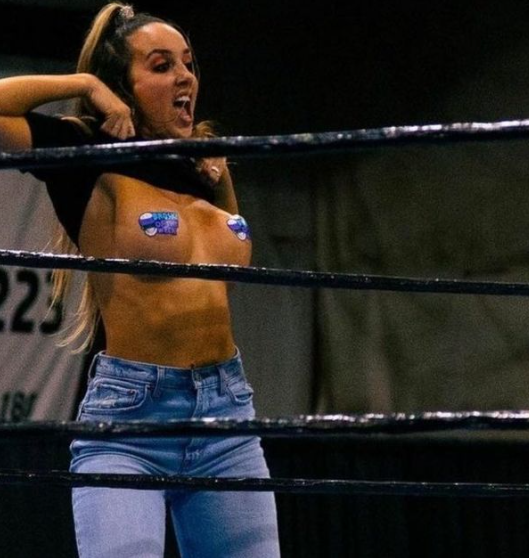