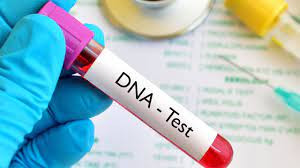 A man who has been married for 20 years recently discovered after DNA tests that his 5 children are not biologically his. Henry Nwazuruahu Shield, a former Special Assistant to the Former FCT Minister, Bala Mohammed, took to Facebook to narrate the incident. He wrote: “Man is 57 years old, did DNA test for all his 5 children and none of the children was his own. He was married for 20 years. They are telling him to ‘be a man’.” The post has started a conversation about paternity fraud.

The post 57-year-old man heartbroken as he finds out after 20 years of marriage that his 5 children are not biologically his appeared first on Linda Ikeji Blog.
Uncategorized