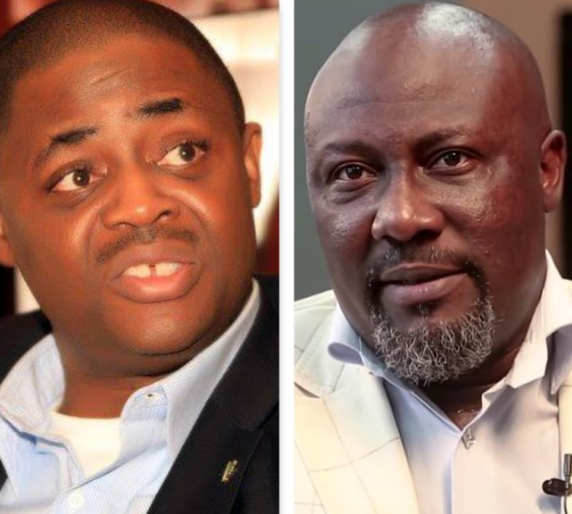 Femi Fani-Kayode has taken to Instagram to call Dino Melaye all sorts of foul names in response to the latter’s comment about him. The fight between the former allies began after Melaye allegedly stated that all governors under the Peoples Democratic Party, PDP, spent money on ensuring that Iyorchia Ayu emerged as the party’s National Chairman. Reacting, Fani-Kayode knocked Melaye for making such a comment. He then urged security operatives to ‘arrest and prosecute’ Ayu and the PDP presidential candidate, Atiku Abubakar.

Melaye responded by hitting back at FFK. He said Fani-Kayode’s comment lacked comprehension, stressing that it was “a voyage in meddlesomeness and idleness.”

A statement Melaye signed reads partly: “My attention has just been called to a statement issued by Femi Fani-Kayode, which as usual, was an incoherent gibberish produced from his temporary relief from insanity. “How can one explain his momentary consciousness to react to an interview long granted, if not that his world of reality is not in sync with the world of sound minds. “Truly, an idle hand and heart like that of FFK is the devil’s residence. Ordinarily, his rambling would have been ignored, but in this age of unrestricted access to the media even by unwholesome minds, care must be taken to put issues in the right context and perspective.” Fani-Kayode then took to Instagram to hit back at Melaye. He called Melaye an “a** licker” FFK wrote: “What can one say about a par*site of a man that licked the arse of Nasir El Rufai for years, then moved to Bukola Saraki’s, then moved to Yahaya Bello’s, then moved to Nysesom Wike’s and then finally moved to Atiku’s and licked far more than just ar*e. “What can one say about a man that just loves to lick other men’s ar*es? “Truth is there are simply no more ar*es for him to lick in Nigeria because he has licked them all.” FFK also called Melaye a half man, half ape, and an inbred. See his full post below. 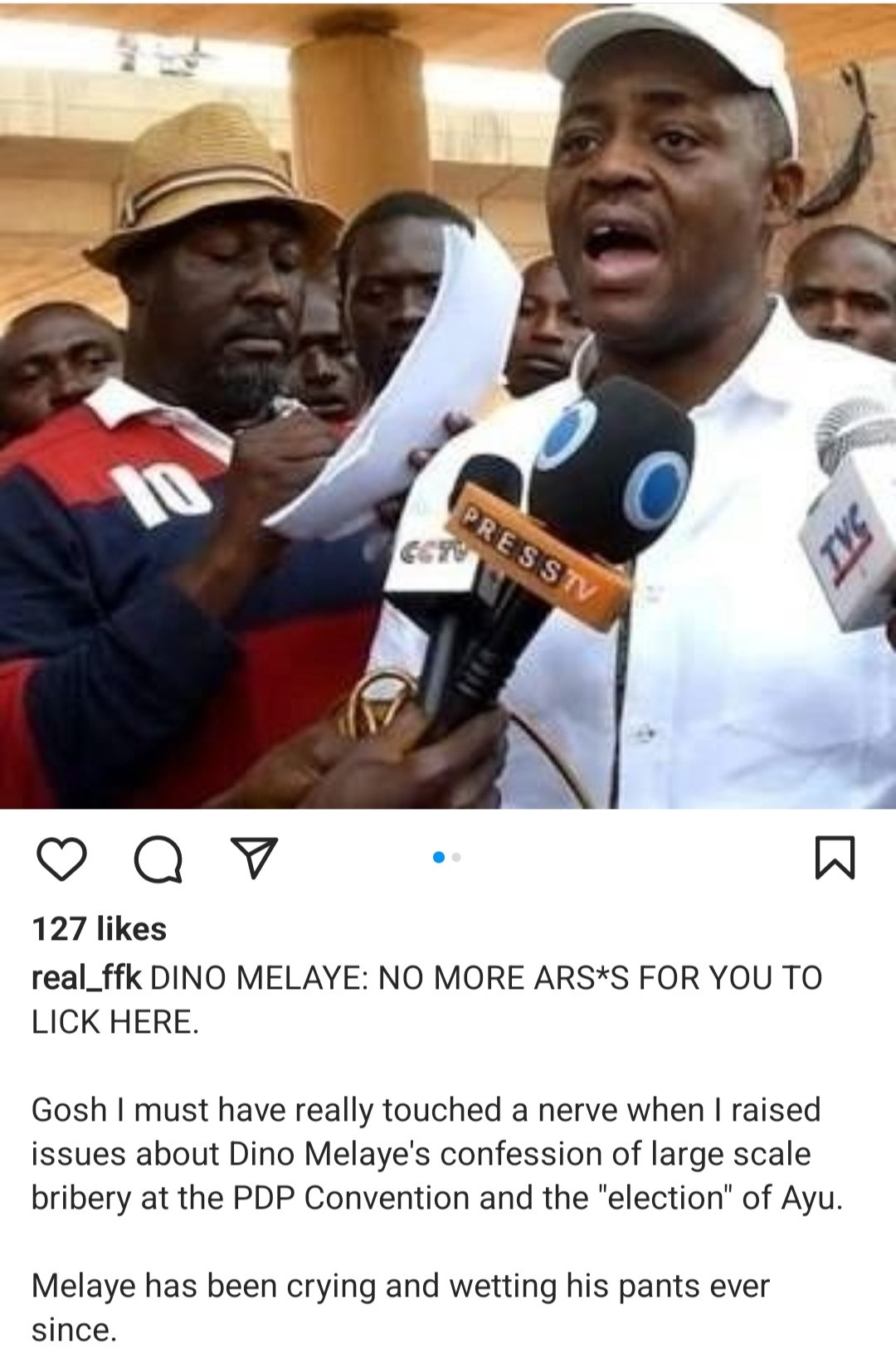 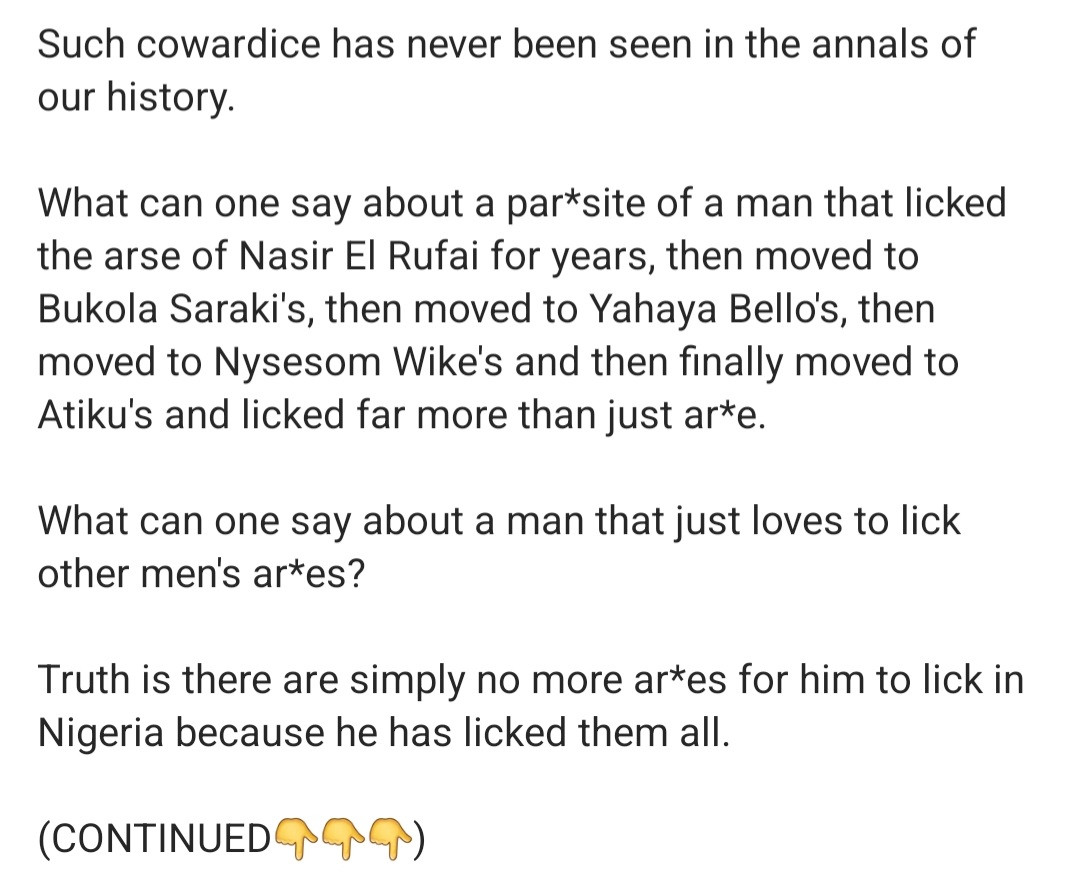