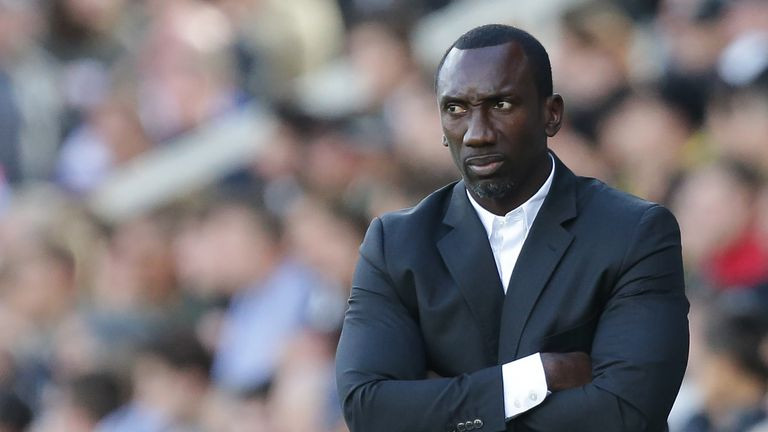 Chelsea legend Jimmy Floyd Hasselbaink has reportedly resigned as Burton Albion’s manager.The former striker took over at the Pirelli Stadium for his second stint as manager in January 2021, guiding them to safety that season and then to 16th in 2021-22.But the former QPR and Northampton boss has endured a nightmare start to the new campaign with just one point from Burton’s seven games.They lost 2-1 away at Oxford on Saturday, taking their tally to a whopping 20 goals conceded already.Burton also lost in the first round of the Carabao Cup to Rochdale but did get their only win of the campaign in a 4-2 victory over Leicester’s Under-21s in the EFL Trophy.According to Sky Sports, the 23-cap Dutch international Hasselbaink has walked away before he is sacked.The news comes just hours after the ex-Leeds and Middlesbrough star was a pundit on Super Sunday for the Premier League action at Brighton and Manchester United. Hasselbaink, who scored 87 goals in 177 Chelsea appearances, said: “He’s come in [and scored] three goals, made chances, made others around him play better. “I’m still not convinced he will be 20 goals a season because if he was that then why did he not do that at Man City in a better team? “I think he had enough opportunities [at Man City]. He is not somebody that scores goals out and out and out. “He’s somebody that loves scoring goals and likes to link up, he’s been brilliant at it, very strong, holding the ball up. “He’s got three goals in five matches – which is brilliant – but you expect him to score more goals. He’s a great signing.”The post Chelsea legend Jimmy Floyd Hasselbaink resigns’ as Burton manager appeared first on Linda Ikeji Blog.
Uncategorized