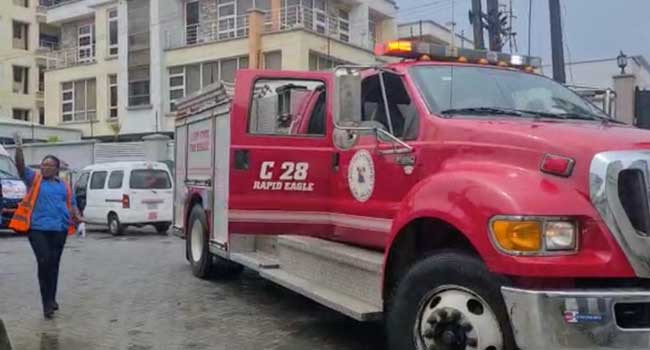 A three storey building in Oniru, Lekki area of Lagos State has been gutted by fire. Though the cause of the inferno is still sketchy as at the time of filing this report, Channels Television reported that emergency officials including men of the Fire Service were seen responding to the situation. No casualty has been reported yet, but there are fears some properties might be lost to the fire. The affected building is located on Ifeanyi Street in Victoria Island. It is barely three streets away from the site of the seven-storey building that collapsed in the early hours of Sunday September 4. The post Fire guts three storey building in Lagos appeared first on Linda Ikeji Blog.
Uncategorized