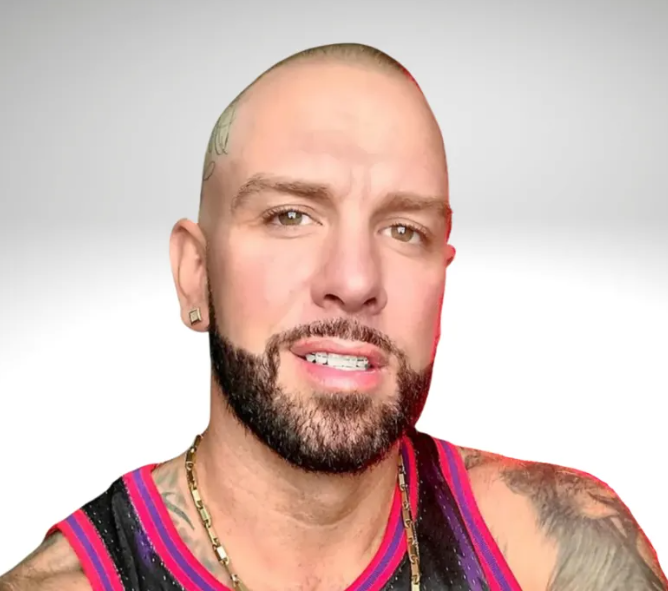 Pat Stay, known as one of the best battle rappers, was stabbed to death in Nova Scotia, Canada. The stabbing happened early Sunday morning, September 4, in downtown Halifax, according to police. His brother, Pete Stay, confirmed his death to CBC. Police responded just after 12:30 AM to a stabbing and Pat was taken to a hospital but he later died from his injuries. No one has been arrested for the stabbing. Patrick Wayne Stay was revered within the industry for his freestyling during live rap battles. His last rap battle was posted on Twitter on September 2, less than two days before his death. It was a diss to rapper The Game. 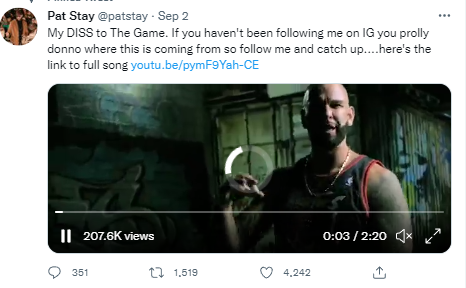 The video includes brief quotes from Drake, Method Man and Joe Budden, who all praised Pat Stay’s battle rapping. Drake said of Pat’s skills: “Pat Stay’s definitely one of, if not, the best.” Hours, before his death, he tweeted: “I very rarely use Twitter so please follow me on IG for all updates and content @patstay_902.” 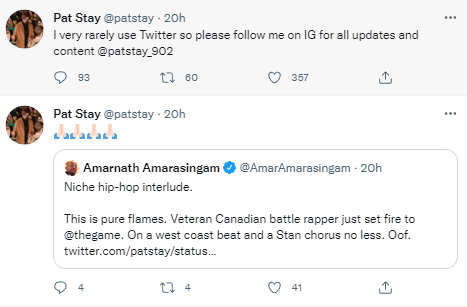 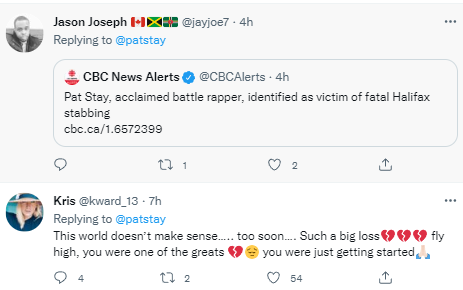