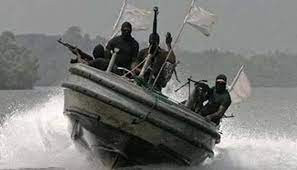 Five passengers have been killed by suspected Sea pirates who attacked their boat while they were traveling from Bille community in the Degema local government area of Rivers State. An indigene of the community, Bebe Oyibo Jacob, said the attack happened on Friday, September 2 and has left many of the passengers missing. Jacob said the incident occurred when the suspected sea pirates opened fire on a passengers’ boat which was travelling from Bille to the state capital. “On Friday morning, our passengers’ boat that was going to Port Harcourt was attacked by some boys, killing about five persons. We have entered the water and succeeded in rescuing one person and also recovered one corpse, which we have taken back to Bille.Let Governor Wike know that these boys have started again. They have blocked Bille River and no other way to come to Bille and no way to go back to Port Harcourt.” The state police command is yet to comment on this development.The post Sea pirates kill five boat passengers in Rivers state appeared first on Linda Ikeji Blog.
Uncategorized