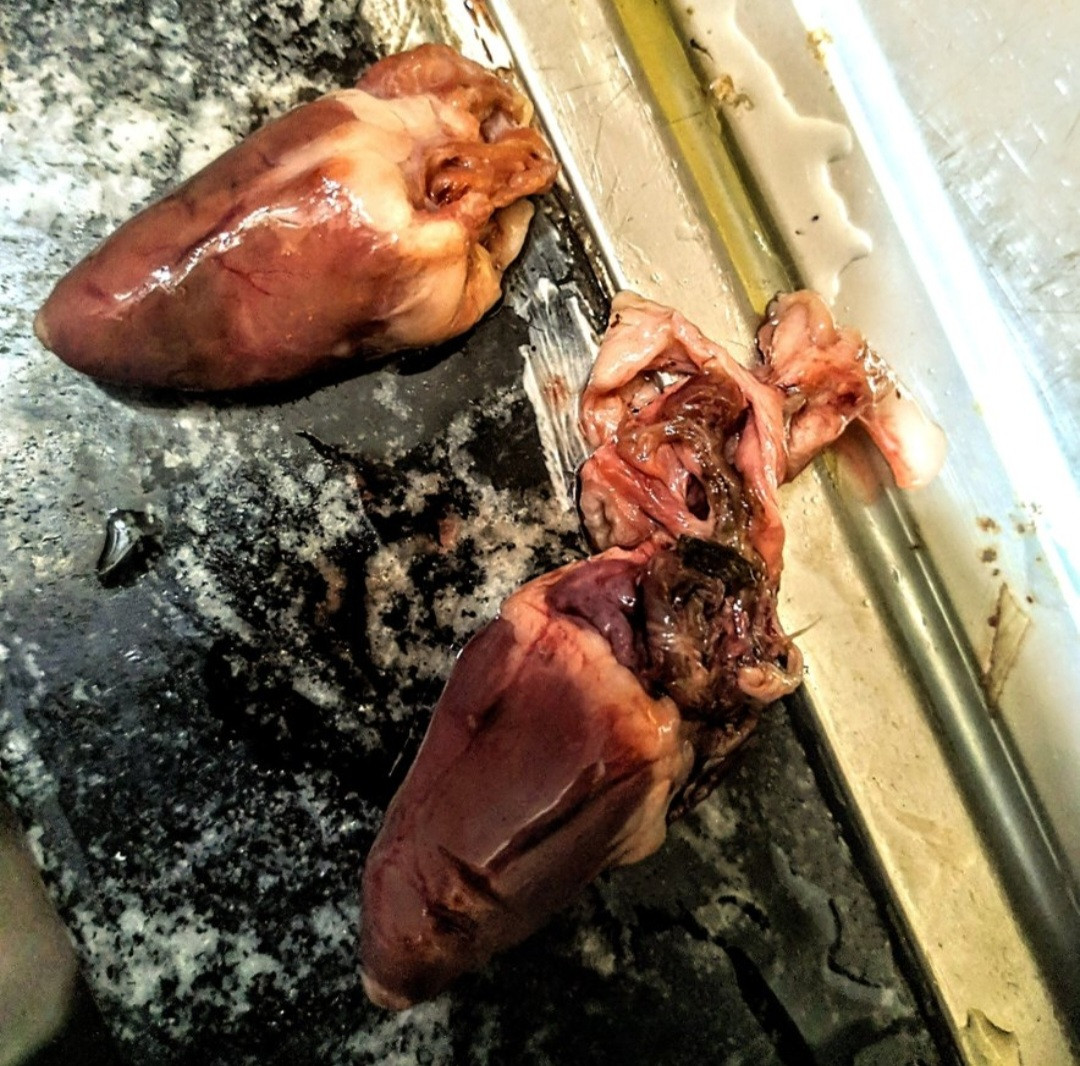 A medical doctor was stunned when he found two hearts in the chicken he killed. The doctor took to Twitter to share photos while asking veterinary doctors for an explanation. “Is this normal?” He asked.  “We killed a chicken and found 2 hearts. Is that a normal variation?” He added. 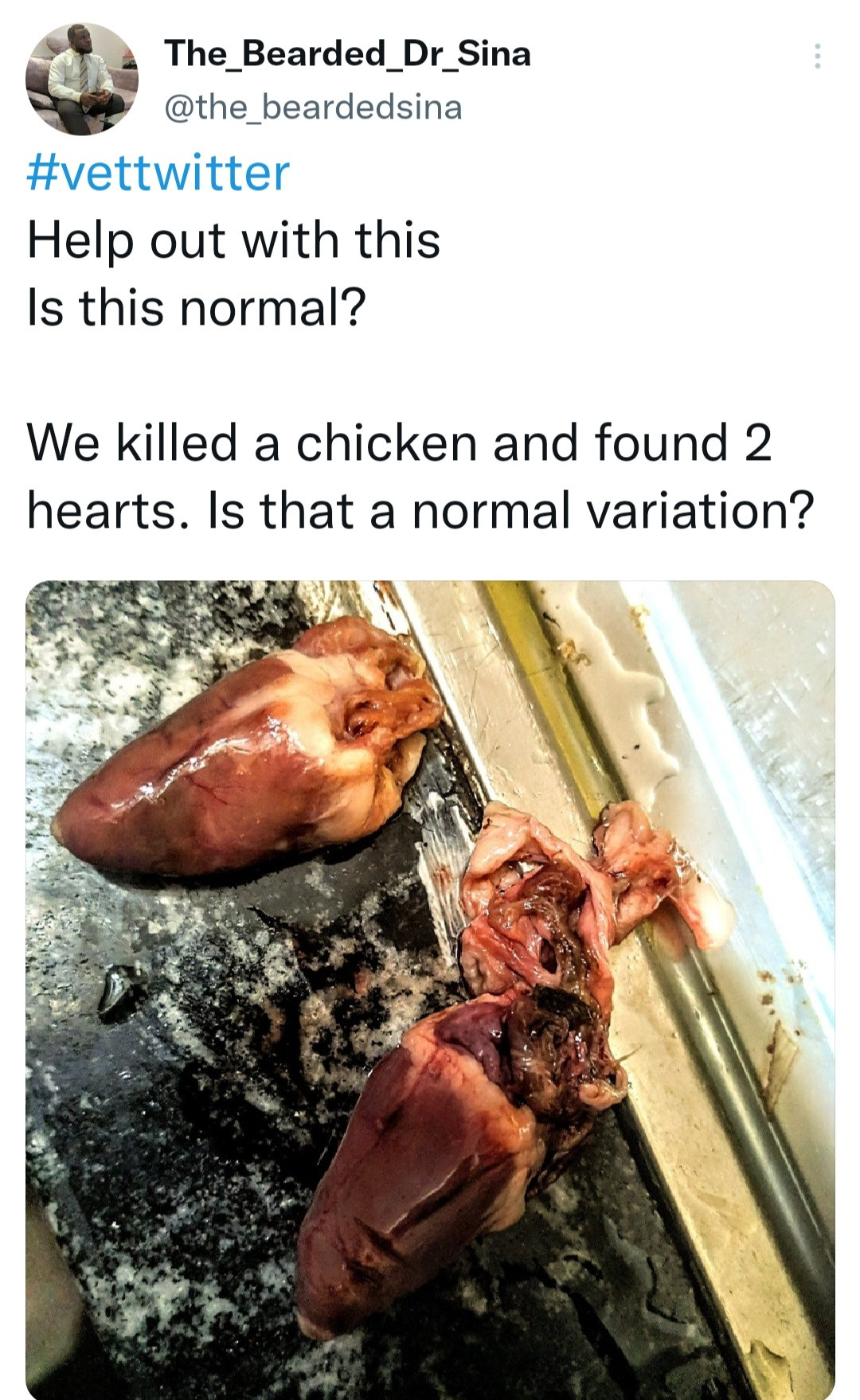 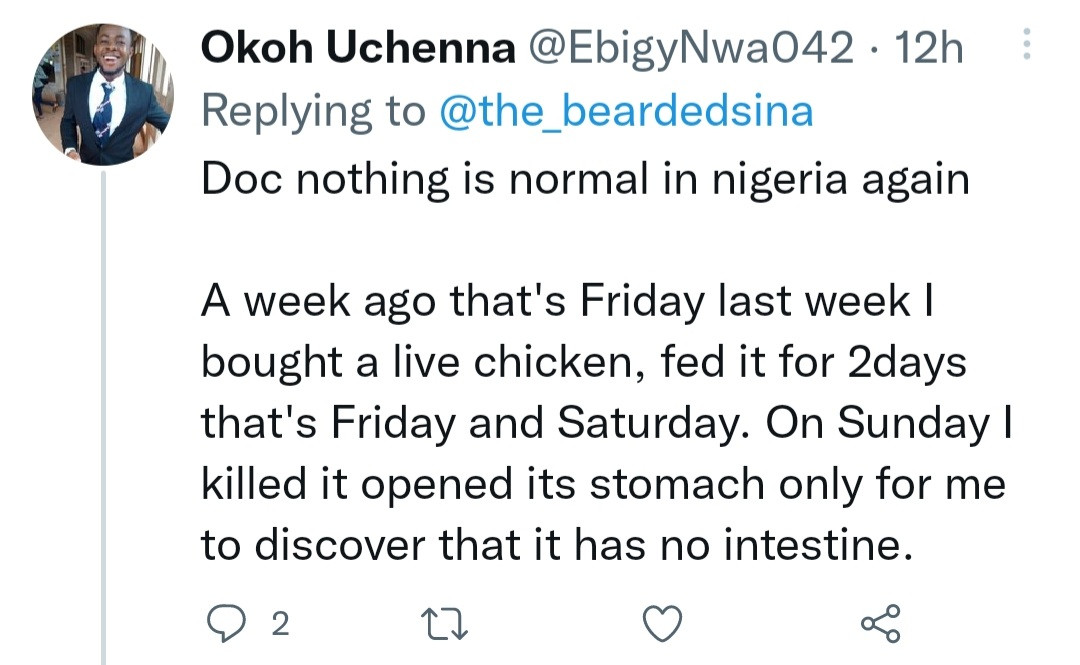