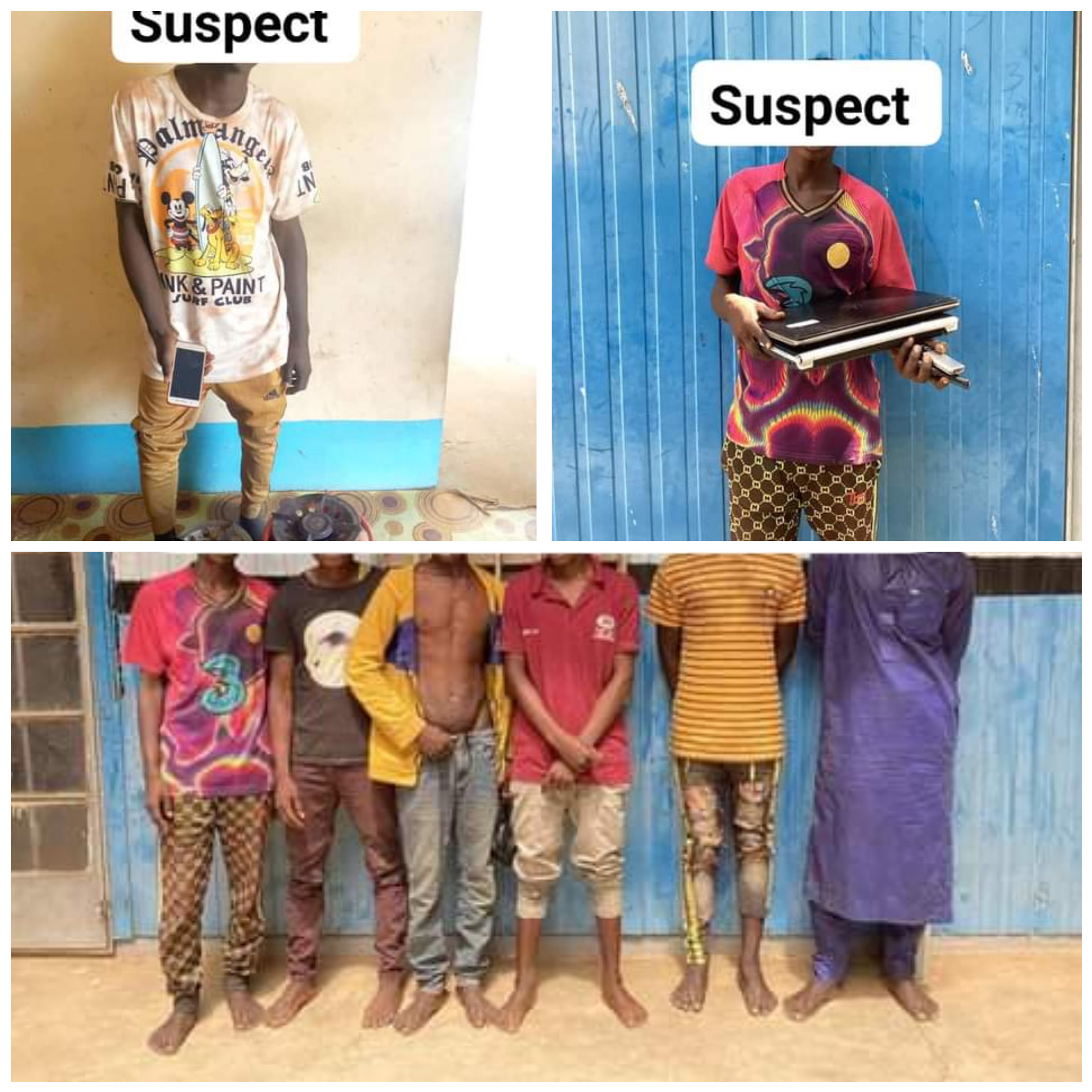 The Jigawa State Police Command of the Nigeria Security and Civil Defence Corps (NSCDC) has arrested members of a burglary syndicate in Hadejia Local Government Area of the state.  Spokesperson of the corps in the state, CSC Adamu Shehu, who disclosed this in a statement on Friday, September 2, 2022, said the suspects were arrested following a complaint by one of the victims.  He gave the names of the arrested members as: Ali Ya’u ‘M’ aged 22 of Agumau Quarters, Abubakar Isa (21yrs) of Agumau Qtrs, Mohd Musa (18yrs) of Yayari Qtrs, Haruna Shuaibu (17yrs) of Agumau Qtrs, Ibrahim Yusuf (24yrs) of Mafucin Sarki Qtrs and Tafida Ibrahim ((22yrs) of Agumau Qtrs, all in Hadejia Local Government Area. The suspects were arrested on a suspected case of burglary, trespass, criminal conspiracy, theft and receiving stolen property contrary to sections 346, 342, 96, 286, 317 and punishable under sections 349, 348, 97, 287, 317 of Penal Code Law respectively. “Ali Ya’u was arrested on Thursday, 18th of August, 2022 in the afternoon while eating from a local food vendor, while the five (5) others were picked within the week on separate dates and at different locations,” the spokesperson stated.  “Their arrests was prompted upon receiving complaint from one Muhammad Sani Lawal aka Master, that his shop located at Agumau Quarters was burgled at around 2:30am on Wednesday 17th of August 2022 “Hw gave list of items stolen which include, one Million One Hundred Naira (N1,100,000) Cash, Seven (7) Laptop Computers of different models valued at N410,000, POS Teminal (N25,000) Microsoft Camera (N25,000), Kojak Biometric Machine (N230,000) NIMC license (N360,000), Two Hundred (200) pieces of fairly used mobile phones including Nokia, Samsung, and Sony Ericsson valued at N985,000. Put together, Two Million Three Hundred and Thirty Five (N2,035,000) Naira worth of gadgets were stolen, plus N1,100,000 cash,”  “Luckily, the shop owner has a video surveillance camera (CCTV) mounted in the shop that helped in identifying the suspects which eventually led to their arrests. At the time of their arrest, they were in possession of two laptop computers (hp and LG Xnote) and three used GSM mobile phones (Gosco, Nokia, and Samsung). According to them the rest of the stolen property are with Dan Bello who’s now at large “Investigation revealed that Ali Ya’u and One Dan Bello (on the run) of Fagge Quarters in Kano State, used hammer and broke the heavily padlocked door of the shop and stole the listed items including the money. While the five (5) happened to be roommates of the suspected burglars, partake in sharing the booty. Some were given cash while others handsets and computers,” he added. Similarly, one Sadiq Abubakar ‘M’ aged 20 of Yankoli Qtrs Hadejia was arrested on Friday, 26th of August 2022 on a suspected case of Trespass and Theft contrary to sections 342 & 286 and punishable under sections 348 and 287 of Penal Code law of the State. At the time of his arrest, he was in possession of 6kg and 3kg gas cylinders, valued at N20,000 and a Hauwei android phone valued at N18,000. “Upon investigation, it was discovered that the suspect jumped into one Zubairu Sule’s residence at Fanisau Quarters, Hadejia LGA on Monday, 15th day of August, 2022 and stole the said items. All the suspects have confessed to the crime and will be charged to court of competent jurisdiction. 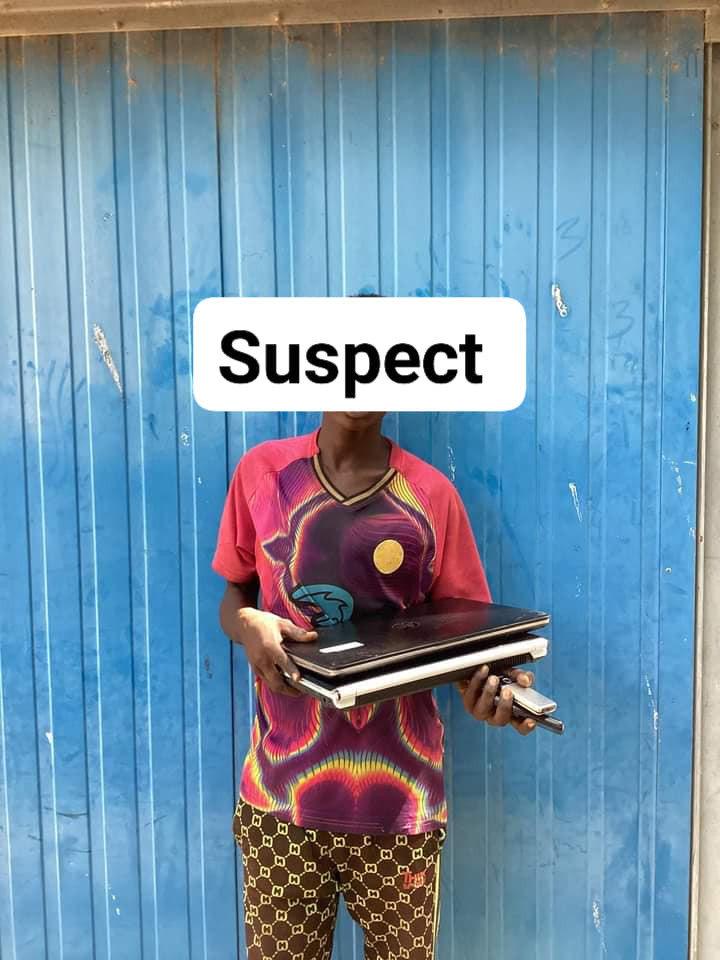 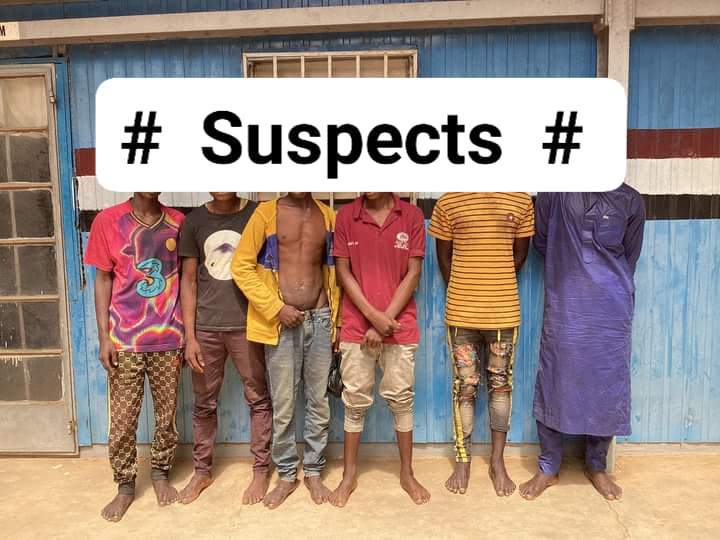 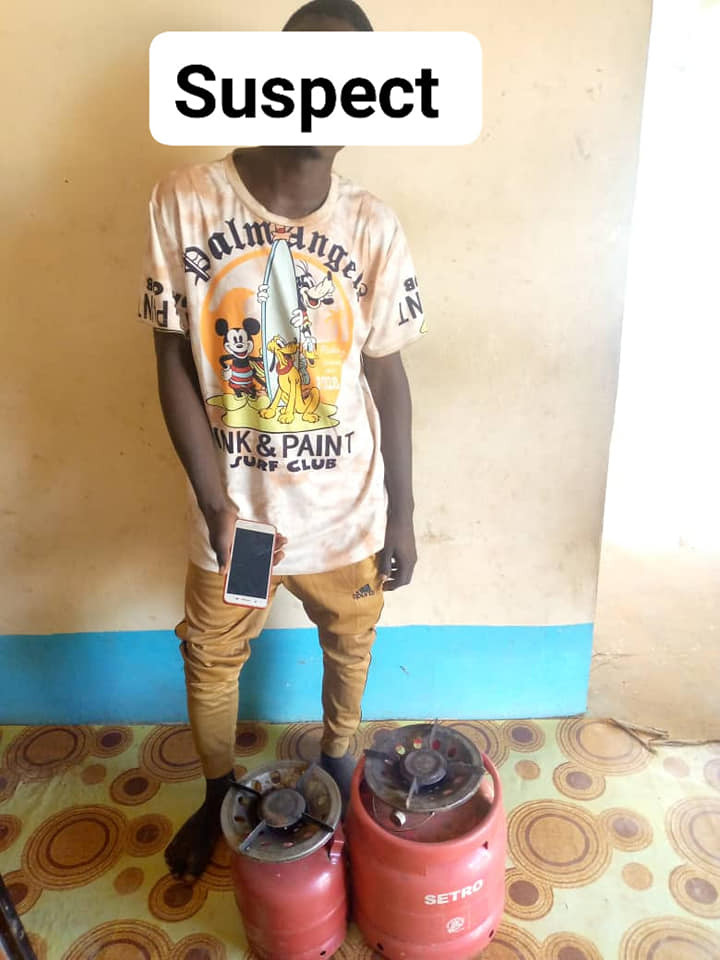