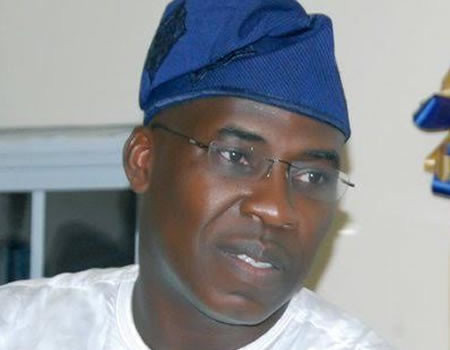 Osun State chapter of the Peoples Democratic Party (PDP) has expelled a 2022 governorship aspirant, Dotun Babayemi, for alleged anti-party activities. Recall that Babayemi had emerged a governorship candidate in a parallel congress for the just concluded Osun governorship election, but did not become PDP flagbearer.  His expulsion was announced by ward executive members of Otun Balogun 2 in Ayedaade Local Government Area of the state during a press briefing at the state secretariat in Osogbo on Friday September 2.  Secretary of the Ward, Ogunleye Bukayo who read the address on behalf of the excos said the factional governorship candidate was expelled due to a petition filed against him by some party members. Bukayo said;  “The Ward Executive Committee of the party at its meeting of 20th July 2022 received the report of the disciplinary committee, and after careful and extensive deliberations ratified the report of the disciplinary committee.“The Ward Executive Committee of the Party in the exercise of the powers conferred on it by sections 57(2) and 59 (1) (g) of the constitution of PDP hereby remove and expel Prince Dotun Babayemi from the Peoples Democratic Party. He, therefore, ceases to be a member of the PDP henceforth.”The post Osun PDP expels governorship aspirant Dotun Babayemi for anti-party activities appeared first on Linda Ikeji Blog.
Uncategorized