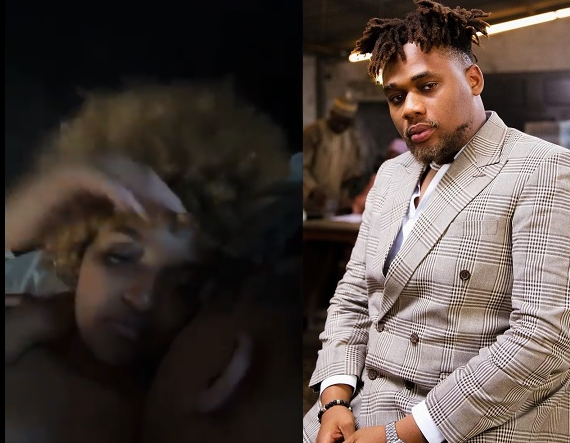 Nigerian singer, Daniel Benson, popularly known as BNXN, has finally spoken out after a Swedish lady leaked his nude and bedroom tape of them together. Recall, that the Swedish lady who claimed to be his girlfriend shared several intimate videos of them including footage showing them in bed and another video showing the singer completely naked.  The lady identified as Filma Jones, said the singer allegedly got her pregnant and dumped her. Speaking with Cha Cha in an interview with Hot FM,  BNXN revealed that the lady has been detained because she was trying to blackmail him to get money from him. The singer also said the pregnancy story was all fabricated. He also went on to deny the woman’s claims that he was her boyfriend, saying they met while he was on tour in Sweden.  Watch the video below…     View this post on Instagram           A post shared by Lindaikejiblog (@lindaikejiblogofficial)The post “It was all blackmail, she’s now in jail ” – Singer BNXN finally speaks out after a Swedish lady leaked a bedroom tape of them together (video) appeared first on Linda Ikeji Blog.
Uncategorized