Britney Spears’ son Jayden, 15, has spoken publicly for the first time about his relationship with his mum. Britney’s ex, Kevin Federline, 44, claimed in an interview with ITV news in August that his teenage boys, Jayden, 15, and Sean, 16, haven’t seen their mother in months. 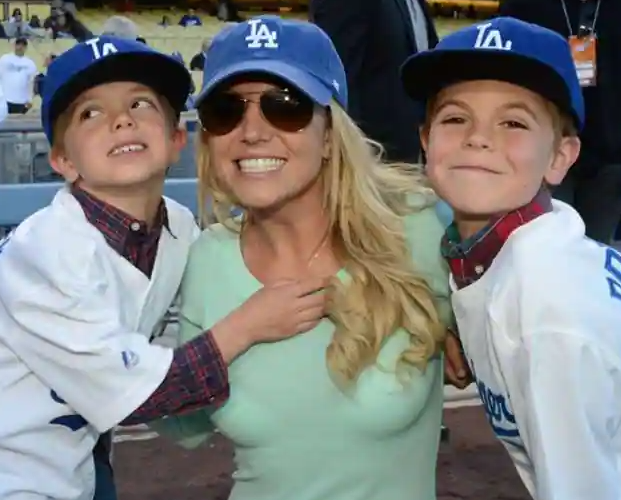 Kevin, who was married to Britney from 2004–2007,  told ITV: “The boys have decided they are not seeing her right now. It’s been a few months since they’ve seen her. They made the decision not to go to her wedding.” Now, the boys are allegedly on track to speak about their relationship with their songstress mum, Daily Mail reports. In the interview, which is set to air on ITV News on Friday, September 2, Jayden admits “it will take a lot of time and effort” for them to repair the relationship with Britney. He says: “I 100% think this can be fixed. It’s just going to take a lot of time and effort. I just want her to get better mentally. When she gets better, I really want to see her again.” The teenager also addressed his mum directly as he told Britney: “I love you a lot and I hope for the best for you. “Maybe one day we can sit down . . . and talk again and have a normal conversation.” It comes after a former bodyguard for the singer, Fernando Flores, 41, claimed Sean and Jayden seemed happier when they were with their father. He said: “I’m sorry to say this, but it doesn’t surprise me that she no longer sees her kids.” He added: “I always felt that once they were old enough, they would make the decision not to stay with her. “Kevin gave those boys a normal childhood, but Britney just couldn’t do the same. There was too much chaos in her life and the truth is back then she couldn’t even look after herself, let alone her children. “I do feel that deep down, she always wanted to be a good mum and she definitely liked the idea of spending time with her boys. “But she tended to be drawn towards hangers-on who didn’t have her best interests at heart.”The post “It can be fixed” Britney Spear’s son breaks silence on broken relationship with mum appeared first on Linda Ikeji Blog.
Uncategorized