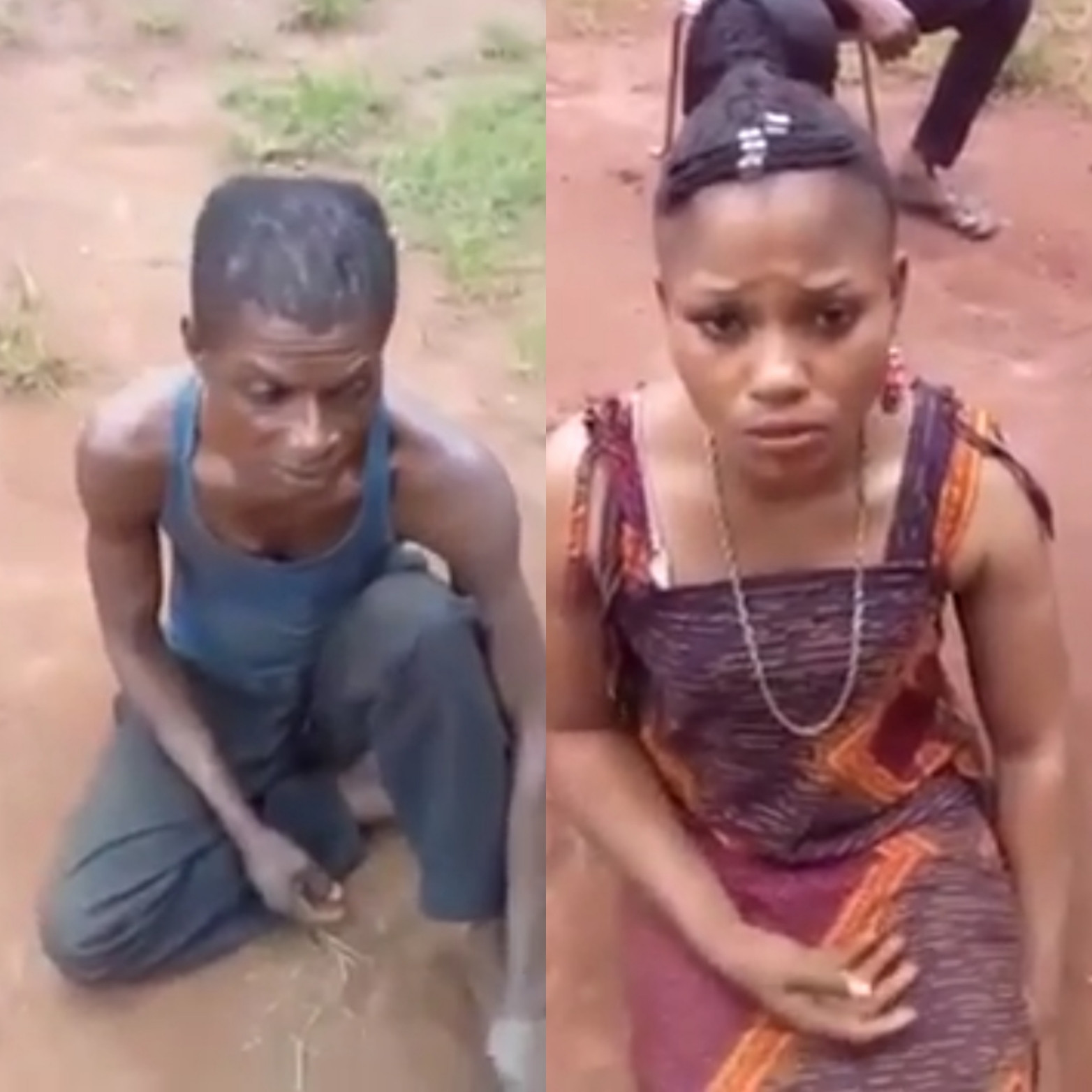 The father who was banished for engaging in an incestuous relationship with his daughter has spoken out during interrogation. Recall that Amaechi Agnalasi, and his daughter, Queen Bassey, were banished from Nnobi community in Anambra state for engaging in an incestuous affair that produced two children. Queen Bassey had revealed that they are from Cross River state but lived in Anambra. She disclosed that her father was the one who deflowered her and made her take an oath to become his (read here). This happened after his wives left him. Speaking during interrogation, Amaechi said he made his daughter take the oath because he did not want her to leave him. He said his other kids that lived with him left him so he decided to make Queen stay by getting intimate with her. Watch the video below…      View this post on Instagram           A post shared by Lindaikejiblog (@lindaikejiblogofficial)The post “Why I had sexual relationship with my daughter and fathered two children with her” – Man banished from Anambra community speaks (video) appeared first on Linda Ikeji Blog.
Uncategorized