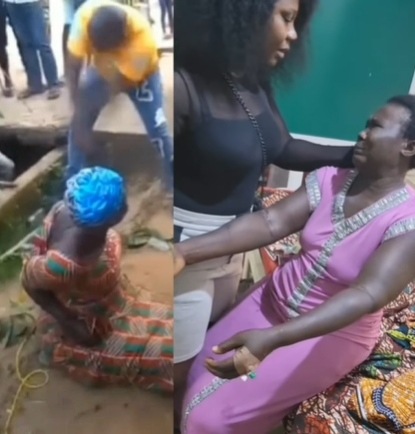 The widow who was tied and flogged by her community members over claims that she is a witch has been hospitalized.Human rights activist, Harrison Gwamnishu brought her plight to the public last Sunday, August 28.He shared a horrific video of the victim, Mrs Okechi, being flogged by young men in her community, Umueghu, Amaegbuato community in Nkpa Bende LGA, Abia state. The young men tied her hands before they began to flog her.Harrison stated that Mrs Okechi was tortured after her late husband’s brother’s wife accused her of being a witch. In the new video he posted, Mrs Okechi could be seen weeping while her daughter consoled her.  Watch the new video below…      View this post on Instagram           A post shared by Lindaikejiblog (@lindaikejiblogofficial) The post Update: Widow tied and flogged by her community members over claims she is a witch has been hospitalized…watch video of her on her sick bed appeared first on Linda Ikeji Blog.
Uncategorized