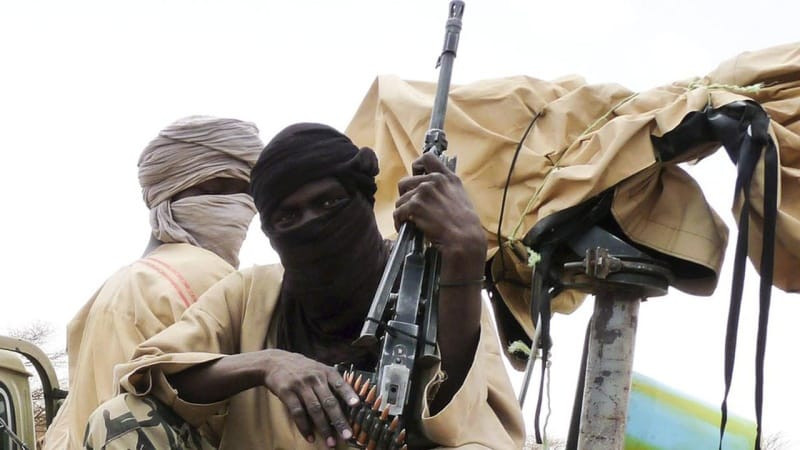 Two soldiers were reportedly killed while four others sustained injuries when terrorists ambushed troops from the 32 Battalion of the Nigerian Army in Shimfida community, Jibia Local Government Area of Katsina State. According to Premium Times report, the military personnel were ambushed by the terrorists along Shimfida-Gurbi road at about 10am on Wednesday, August 31.  The soldiers were escorting residents of the community to Jibia town to buy some food items when the incident occurred.  Residents of Shimfida, where the attack took place said many terrorists were also killed in the firefight that ensued after the ambush. Nasir Mustapha, an indigene of Shimfida, who lives in neighbouring Jibia town, said a military Armoured Personal Carrier (APC), was escorting a group of local business people to Gurbi village when it stepped on an Improvised Explosive Device (IED) planted by the terrorists. “Immediately the vehicle stepped on the IED, it exploded and the bandits started firing at the soldiers. Because the soldiers were many, they too, started firing back. My cousin was among those going to Gurbi for a business transaction and he was miraculously saved,” he said. Mr Mustapha said due to increasing attack on travellers, soldiers often escort residents of Shimfida to and fro the area. He added that many residents of the area have fled to the relatively safe Jibia town. Another source, who requested not to be named, said when he saw a convoy of six military vehicles on high speed passing through Jibia to Shimfida, he knew something was wrong. “I spoke with some of my friends in the village and they said soldiers were being attacked. I also saw an air force jet going towards that direction. Later Musa (one of the business men) told me that the bandits ran away when the remaining soldiers started shooting at them, maybe because they had already bombed the APC, which was possibly their intention,” he added. He said that the two civilian vehicles being escorted were protected by the soldiers and none of the residents sustained injury or were killed. “But two soldiers died and some were injured. They carried their corpses and passed through here, (Jibia town)” he said. It was gathered that the corpses and the wounded soldiers were taken to the Federal Teaching Hospital in Katsina.   The post Two soldiers reportedly killed, four others injured as terrorists ambush troops in Katsina appeared first on Linda Ikeji Blog.
Uncategorized