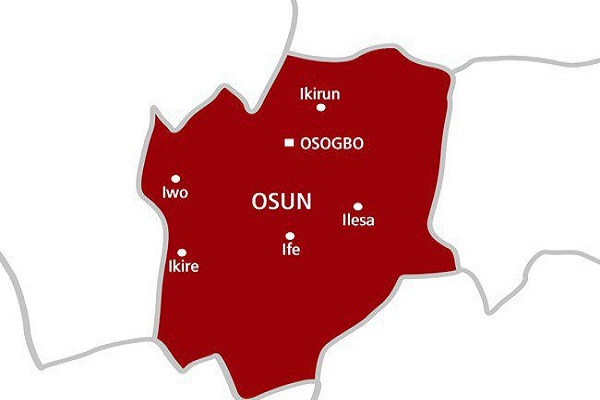 Osun police command has arraigned three persons before an Osun State Magistrates’ Court in Osogbo for chanting war songs at the palace of the Alawo of Awo. The suspects identified as Adebayo Akinsilo, 40, Oloyede Sikiru, 46, and Oloyede Habib, 28, who were charged with felony, conspiracy, breach of the public peace and threat to life, were accused of invading the palace on August 26 at about 10am, with an intent to dethrone the Alawo of Awo, Oba Abdulrazaq Taiwo Adebooye. Police prosecutor, John Idoko said the suspects armed with machetes, axes, charms and other dangerous weapons, threatened to kill Oba Abdulrazaq Taiwo Adegboye and unlawfully conducted themselves in a manner likely to cause a breach of the public peace. After the defendants pleaded not guilty, the case was adjourned till October 12. The post Three arraigned for for invading Osun palace with machetes and charms appeared first on Linda Ikeji Blog.
Uncategorized