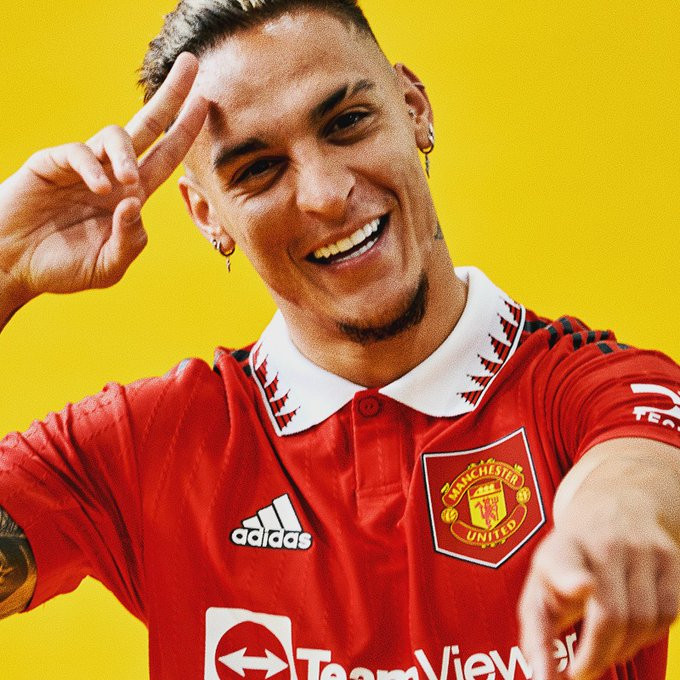 Manchester United has unveiled Antony, their second-most expensive signing in the club’s history, following his £85.5million switch from Ajax.  The Brazilian attacker has signed a contract at Old Trafford through until 2027, with the option of an additional year. ‘This is an incredible moment in my career to be joining one of the most iconic clubs in the world,’ he said. 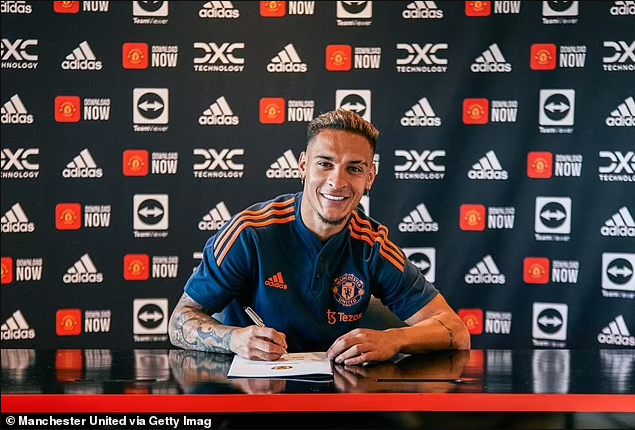 ‘I’m thankful to everyone who has believed in me, especially my family, and all my coaches and team-mates, because I could not have got here without them. ‘Playing under Erik ten Hag at Ajax was perfect for me and my development.  ‘His style of football and coaching brings out the best in me, and I am excited by what he has told me about his plans and ambitions in Manchester. 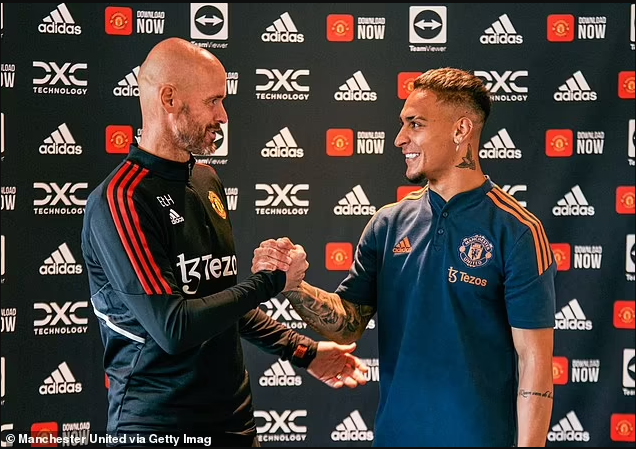 ‘My time at Ajax was fantastic and I will always be grateful for the trust they put in me, but now I am ready for the next challenge, and I can’t wait to join my new team-mates and play my part in bringing success to Manchester United.’ John Murtough, United’s Football Director, added: ‘Antony is one of the most exciting young talents in European football and has exactly the right profile for the attacking, dynamic team Erik is building. 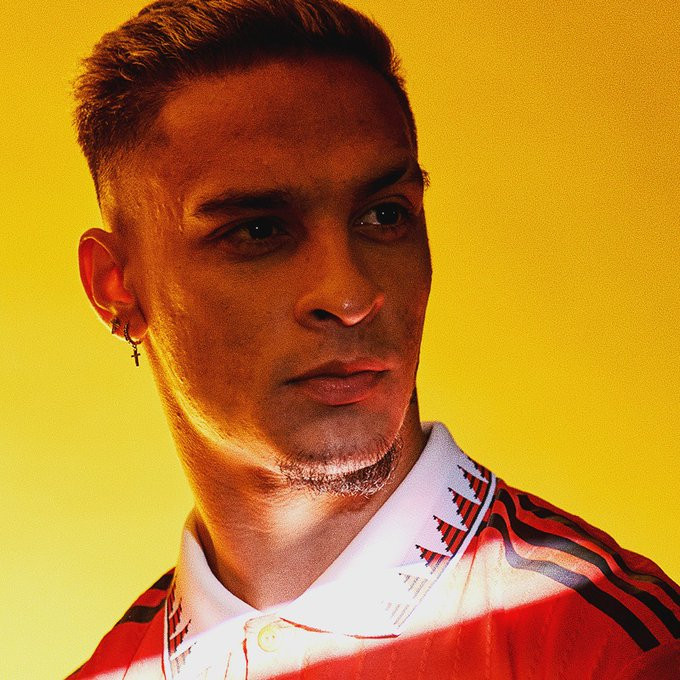 ‘We have been especially impressed by his desire to join Manchester United, and to be part of a long-term project to get the club back to the levels of performance we all expect.’ United offered £81.3m as a fixed amount with £4.2m in add-ons, which includes a solidarity payment to Antony’s previous club Sao Paulo.The post Manchester United unveil 85.5m Antony with then former Ajax star penning a five-year contract at Old Trafford (photos) appeared first on Linda Ikeji Blog.
Uncategorized