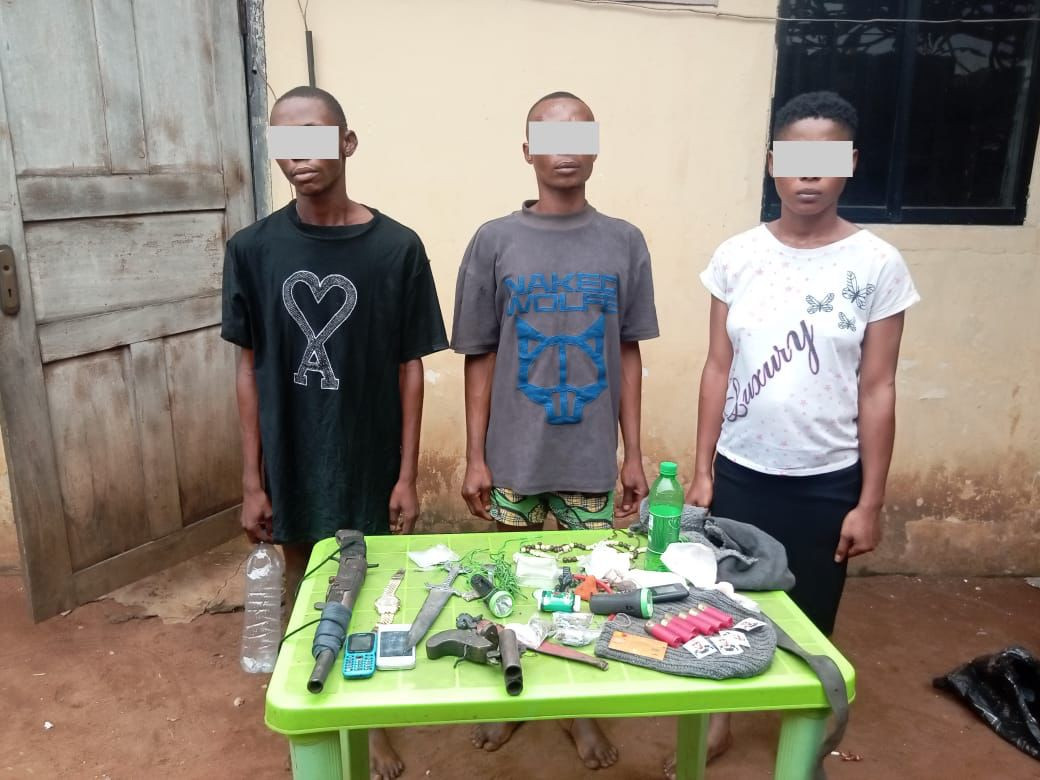 Men of the Imo state police command have arrested a notorious serial kidnapper identified as Amarachi Amadi aka Ishiegburumma, 28 who has been on the wanted list of the command. A statement released today September 1 by the spokesperson of the state police command, CSP Michael Abattam, said the arrest was made after the command’s operatives raided a terror camp in the forest at Ohuba village in Ohaji Egbema Local Government Area of the state on August 29. 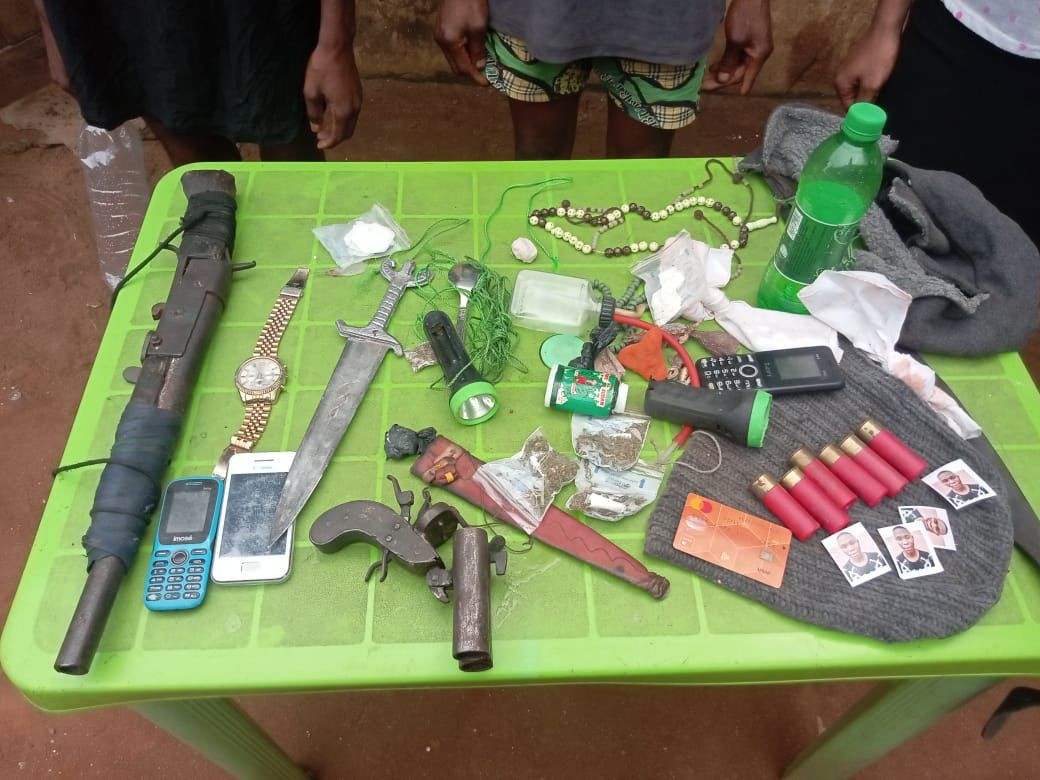 He stated that the hoodlums on sighting the police operatives immediately engaged them in a gun duel, but were overwhelmed by the superior fire power of the police, resulting in the arrest of Amarachi who sustained bullet wounds during the gun battle while others escaped with bullet injuries into the forest. He said that while combing the forest, the operatives saw a kidnapped victim, Uzondu Ikeazuta ‘m’ aged 45 years, a native of Isiala Mbano Local Government Area of Imo State, in chains. He was freed unhurt. Items recovered from the kidnappers’ camp include One (1) Cut to Size Single Barrel Gun with six (6) rounds of live cartridges, One (1) locally made Double Barrel Short Gun, One (1) Bus Imo with registration number WER 04 XB, One (1) dagger, One (1) ATM Card, Substances suspected to be Indian Hemp, Airtel Recharge Cards, Assorted charms, Ropes used in tying their victims and Three (3) cell phones ”In the course of debriefing the victim, it was revealed that he was kidnapped by a five man armed gang, on the 28/8/2022 at about 1300 hours, at Imo Specialist Hospital junction Umuguma in Owerri West Local Government Area of Imo State.While in their custody, he was subjected to inhuman tortures that, almost resulted in the cutting off his manhood for ritual purposes. That the kidnappers were demanding for a ransom of One Million Seven Hundred Thousand Naira (N1,700,000.00) before he can be released from their captivity.  The suspect while undergoing interrogation, admitted being the Capone of the kidnapping syndicate and confessed to several kidnapping cases, but could remember vividly seven and how they beheaded one of their victim’s, Justice Ikechukwu Francis Okoroji on the 5th of January, 2020. His confession has led to the arrest of one Oriaku Lucky ‘m’ aged 26years of Umugologo Ohuba in Ohaji/Egbema LGA and Peace Victor Sunday ‘f’ aged 19years of Unah Eket in Akwa Ibom State.”the statement read Abattam added that the investigation is in progress and the gallant operatives are not relenting in their efforts to arrest other members of the syndicate.”The Command is using this medium to call on Imolites to collaborate with the police and other security agencies by giving them credible information and to report any suspicious activities or persons seen within their neighbourhood treating bullet wounds to the nearest police station or call the Command’s emergency numbers 08034773600 or 08098880197.”the statement concludedThe post Imo state police arrests notorious serial kidnapper on its wanted list appeared first on Linda Ikeji Blog.
Uncategorized