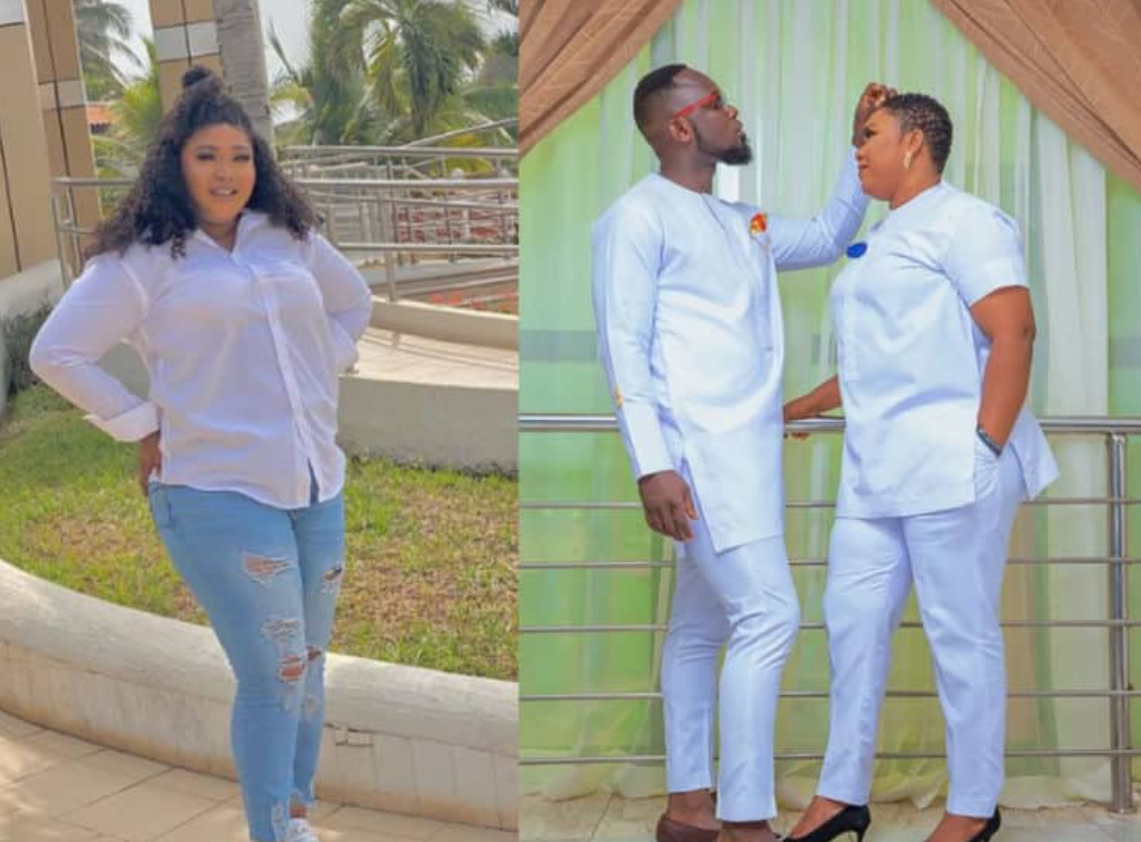 Ghanaian actress Xandy Kamel has revealed that she regrets marrying her ex-husband, Kaninja. Speaking with Multimedia’s Akosua Amankwaa Tamakloe, Xandy Kamel said she regrets marrying a man who was not financially stable.  Kamel who claimed that she learnt a lot from her failed marriage because ”temporary people leave behind permanent lessons, ”also disclosed that she has vowed never to settle down with a broke guy because most of them are ”ungrateful and very wicked.” She also said she will run background checks to make sure that the next man she will marry is rich because she’s done with struggling guys. When asked to respond to rumor of her sponsoring her wedding, she said she financially helped with her savings because she assumed Kaninja would be a good husband and a great man in the future not knowing she was just dreaming. The actress also warned broke men who enter her DMs to propose love to her to stay away because once bitten, twice shy.The post I regret marrying a broke man. I’ll run background checks on my next romantic partner – Actress Xandy Kamel appeared first on Linda Ikeji Blog.
Uncategorized