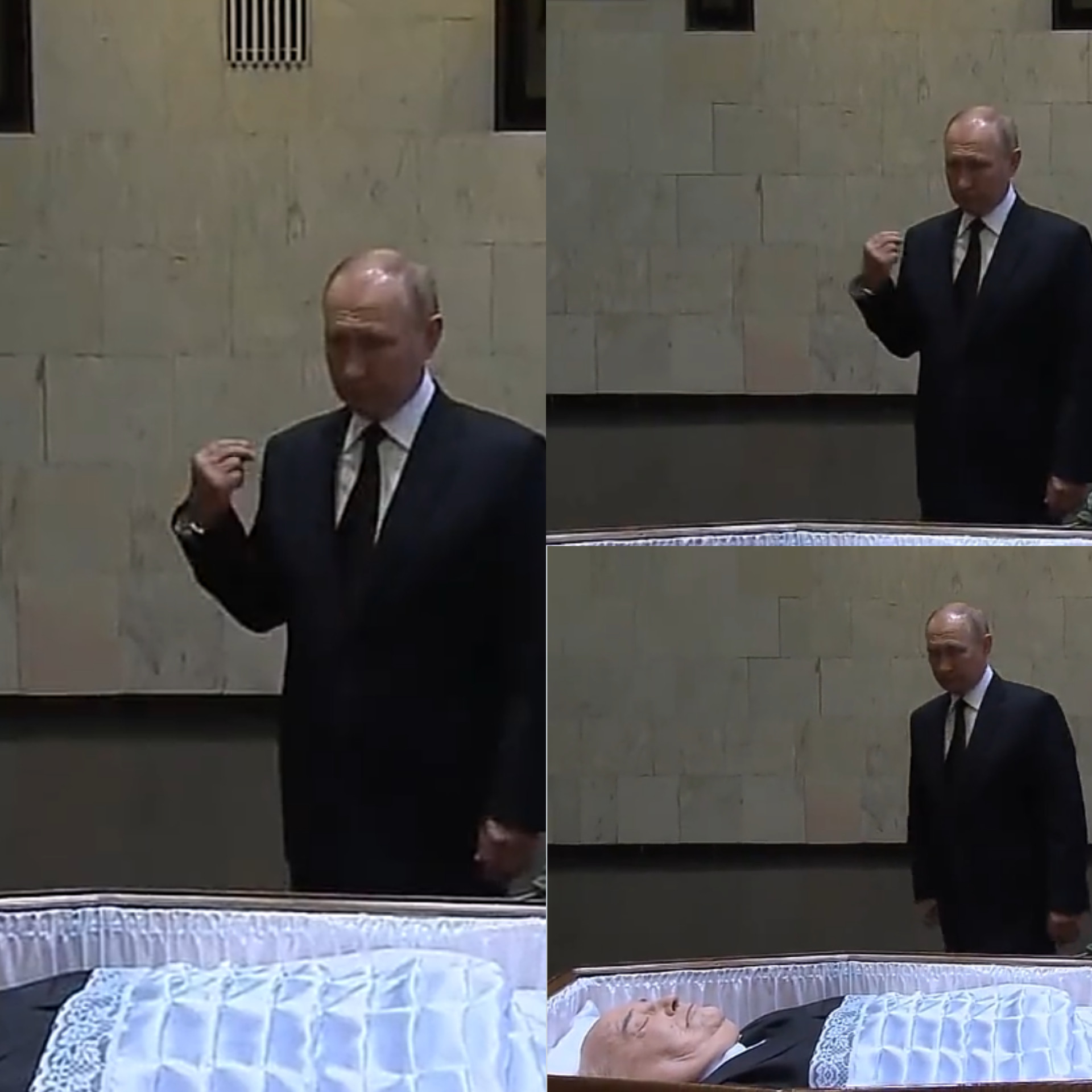 Russian President, Vladimir Putin on Thursday, September 1 paid his last respect to Soviet leader, Mikhail Gorbachev who died on Tuesday, 30th of August. Gorbachev, idolised in the West for dissolving the Soviet union but unloved at home for the chaos the break of the Soviet union caused, will be buried on Saturday after a public ceremony in Moscow’s Hall of Columns. The grand hall, within sight of the Kremlin, hosted the funerals of Soviet leaders Vladimir Lenin, Josef Stalin and Leonid Brezhnev. Gorbachev will be given a military guard of honour – but his funeral will not be a state one. Russian State television on Thursday showed Putin solemnly placing red roses beside Gorbachev’s coffin – left open as is traditional in Russia – in Moscow’s Central Clinical Hospital, where he died on Tuesday aged 91.Putin then made a sign of the cross before briefly touching the edge of the coffin.Social media users have now reacted to Putin’s act with some surprised that he’s a Christian while waging war on Ukraine while some were wishing he was the one who died instead.Watch the video and see reactions below…RIP Soviet Premier Mickel Gorbachev. President Putin shows respect and makes the sign of the cross. People are shocked to learn he is a Christian! https://t.co/9rO7YVAAFu— US Civil Defense (@USCivilDefense4) September 1, 2022 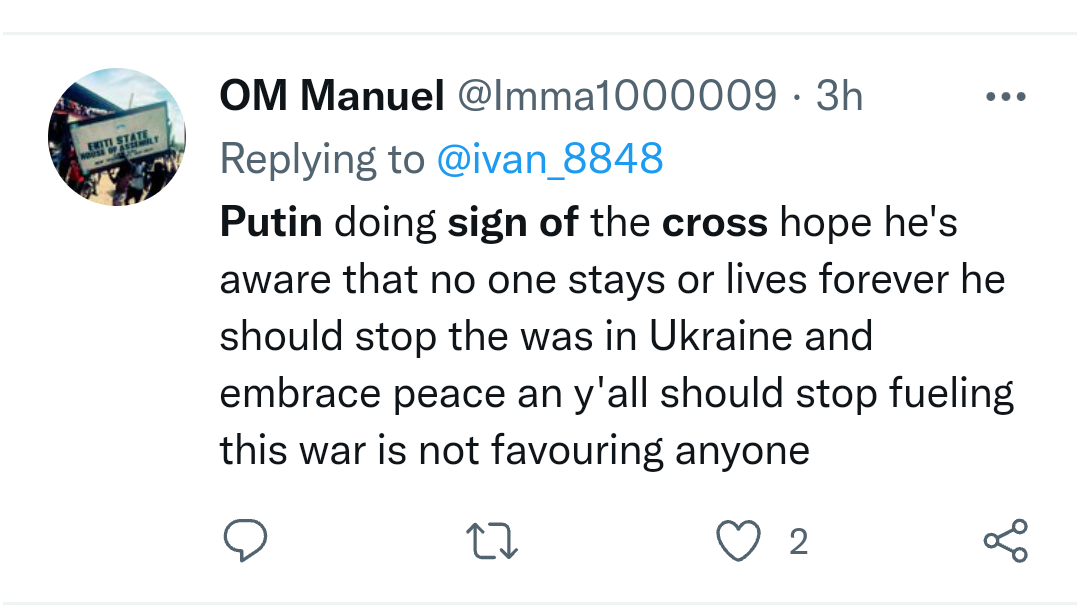 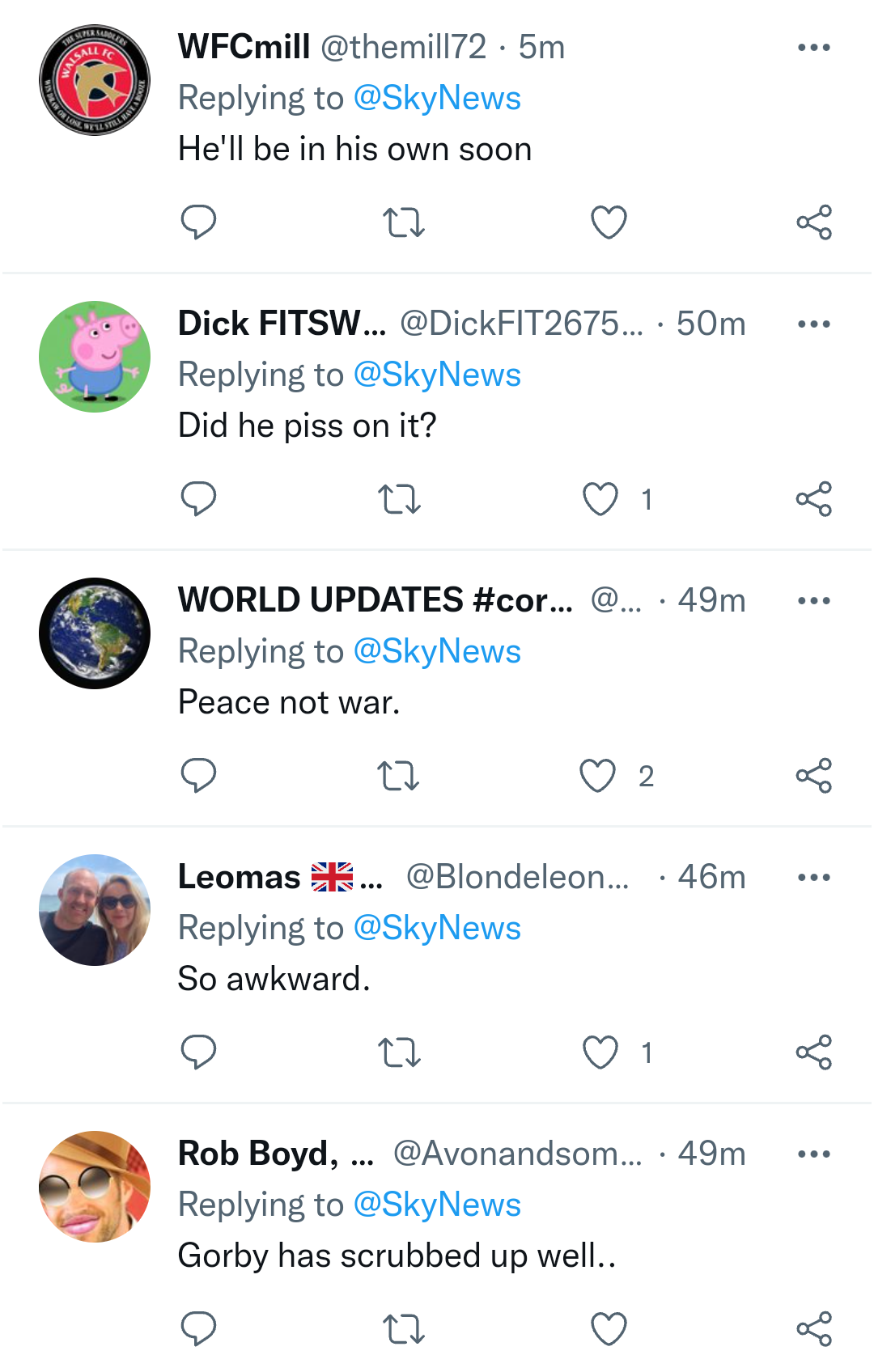 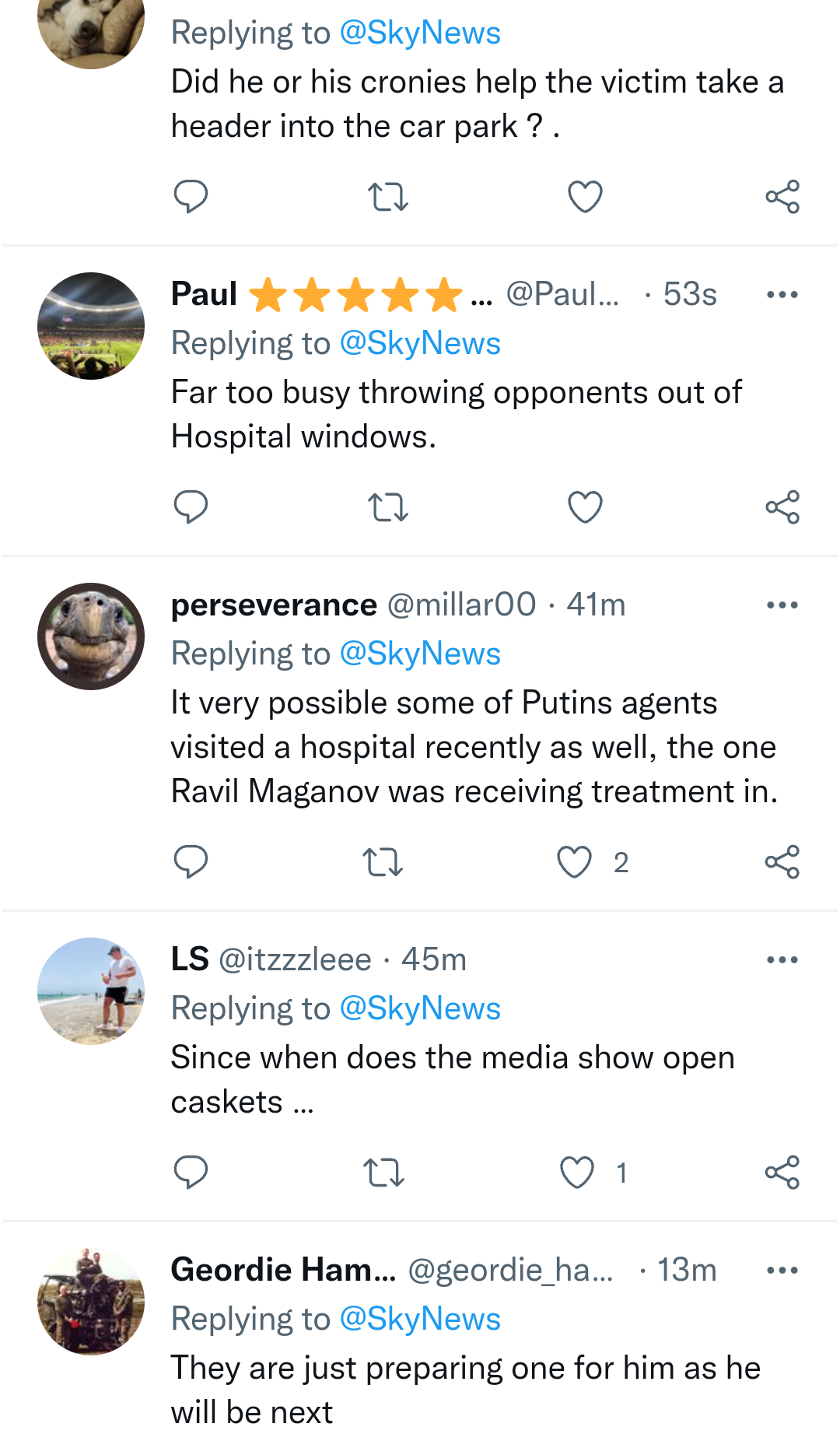 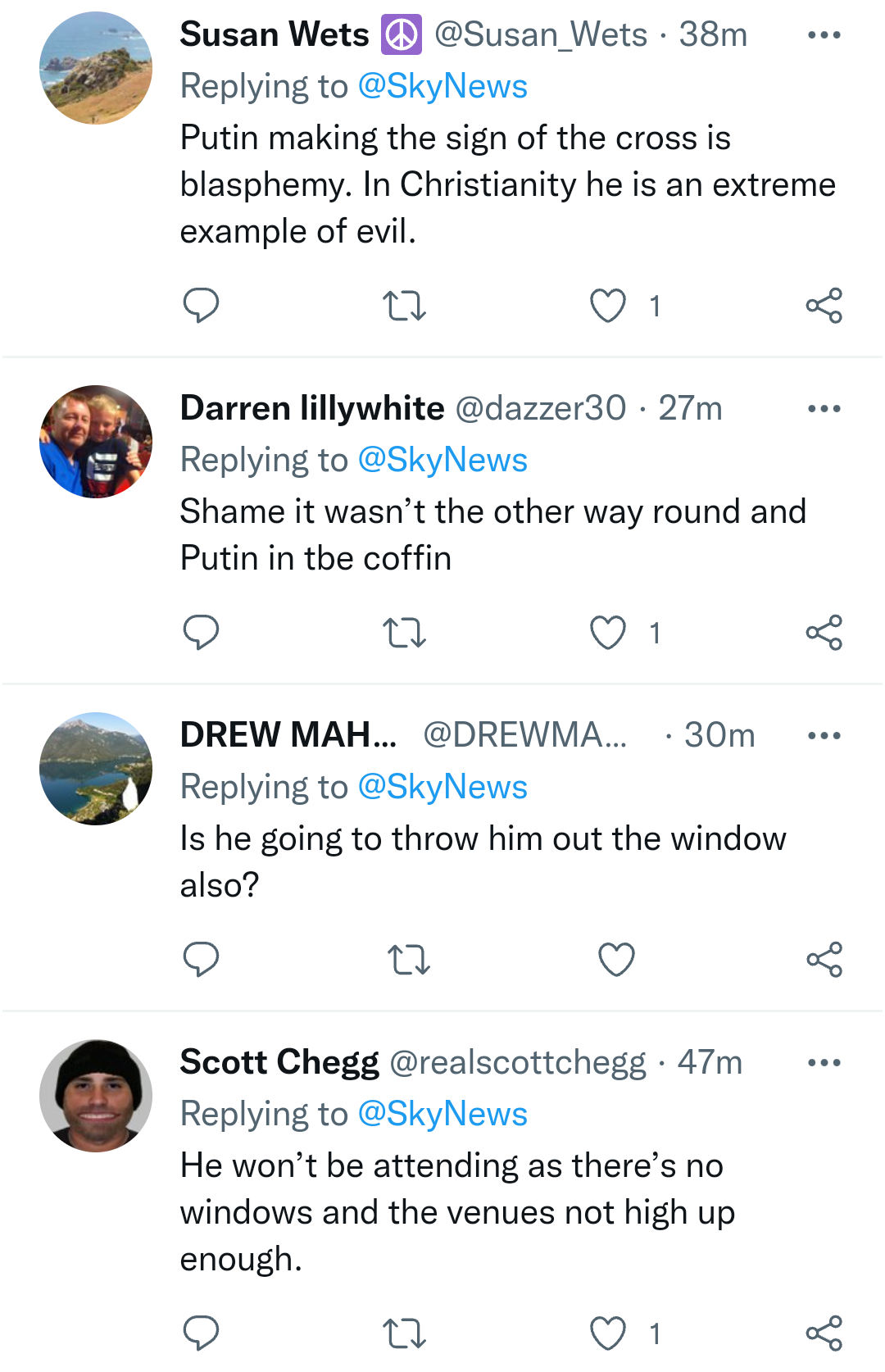 The post ‘He’ll be in his own soon’ – Internet reacts after Vladimir Putin made the sign of the cross while paying last respect to former Soviet Union leader, Mikhail Gorbachev (video) appeared first on Linda Ikeji Blog.
Uncategorized