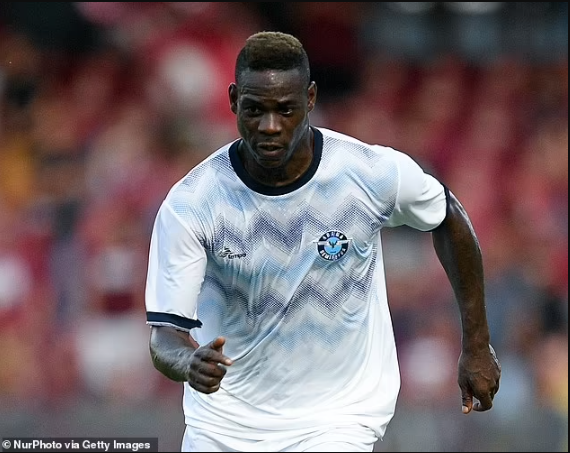 Mario Balotelli has reportedly agreed on personal terms over a switch to Swiss side FC Sion.The Italian striker is set to move to the 11th different club of his career just days after he nearly came to blows with his current manager Vincenzo Montella.  Transfer expert, Fabrizio Romano has claimed that a full agreement is in place to join the Swiss Super League side. He added that the 32-year-old will undergo a medical in Sion on Wednesday morning August 31, before the deal is completed.The former Manchester City and Liverpool striker joined Adana Demirspor on a three-year deal in July 2021.Just 13 months, he is leaving the Turkish Super Lig side amid his furious row with Montella could have a big part to play in his exit.Following Adana Demirspor’s 1-0 Turkish Super Lig victory over Umraniye on Saturday, Balotelli provoked an angry reaction from the Italian manager.The striker appeared to make a comment that angered the Demirspor manager to react angrily, and had to be restrained by staff and players.The Italian scored 19 goals for the Turkish side last season, his second-highest return in a season after the 24 he netted for Nice in 2017-18.   The post Mario Balotelli ‘agrees personal terms with Swiss side Sion’ over move to the 11th team of his career appeared first on Linda Ikeji Blog.
Uncategorized