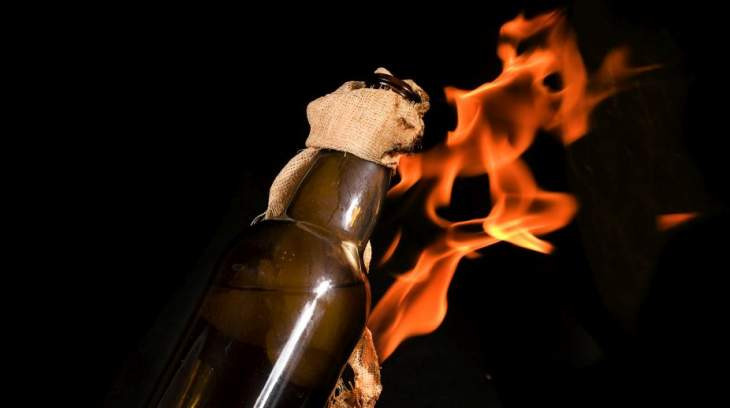 A Kenyan father has left his daughter fighting for her life in the hospital after detonating 5 petrol bombs in his house. A police report revealed that on 29/08/2022, the suspect’s wife Flora Kaari showed up at Jomvu police station to report that her husband John Maroo had burnt down their house over claims of her having an affair with their neighbour. It read;  “Kaari had reported to police that while sleeping in her house at black devil Village, together with her three children heard somebody knock at the door. She instructed her son to check who was at the door. Upon opening the door, they realized it was her husband and the father of her children.” Kaari further claimed that her husband turned wild and detonated five explosives, which injured their 22-year-old daughter Angeline Kendi. The report added;  “Household items including sofa set were also burnt and at the same time he attempted to stab his wife with a knife, but she managed to escape to safety.”  Police officers drawn from Jomvu police station jointly with those from the Directorate of Criminal Investigations (DCI), Anti-Terror Police Unit (ATPU) and bomb experts visited the crime scene. The police said;  “Investigations have revealed that the explosion in the house was caused by, two petrol bomb have been recovered at the crime scene.” The post Man detonates 5 petrol bombs in his house after accusing wife of cheating appeared first on Linda Ikeji Blog.
Uncategorized