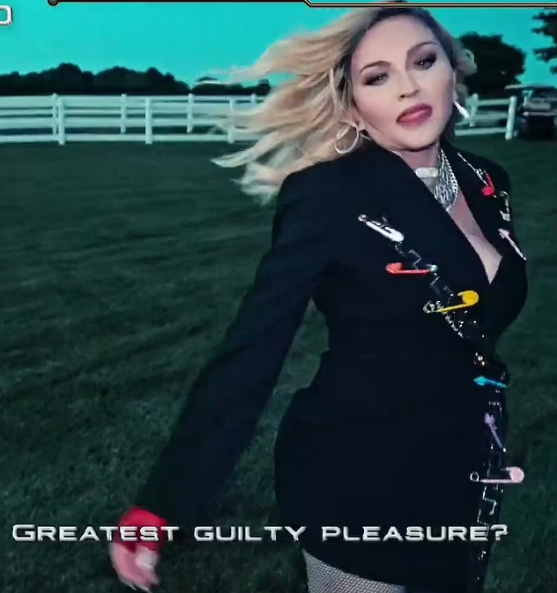 Madonna made some revelations while answering 50 fan questions about her upcoming album. The 64-year-old pop star spoke about her four-decade career, guilty pleasures and biggest regrets.  In a new video, uploaded to her YouTube channel on Tuesday, August 30, Madonna was asked what decision she “looks back on” and realizes “wasn’t the best idea.” She replied: “Get married. Both times!” She was married to Sean Penn, 62, from 1985 to 1989, and Guy Ritchie, 53, from 2000 to 2008. Madonna shares son Rocco, 22, and daughter Lourdes, 25, with Carlos Leon. She adopted children Mercy and David, both 16, and twins Estere and Stelle, 10.  She also revealed during the interview that her “current favorite obsession” is sex and that if she wasn’t a musician she would be a school teacher.  When asked how she continues to find inspiration in world that is so different from when she started, she said if “you’re a curious person and you’re paying attention to life you’ll never stop being inspired.”The post “I regret both my marriages” Madonna throws shade at ex-husbands Sean Penn and Guy Richie as she reveals her current obsession appeared first on Linda Ikeji Blog.
Uncategorized