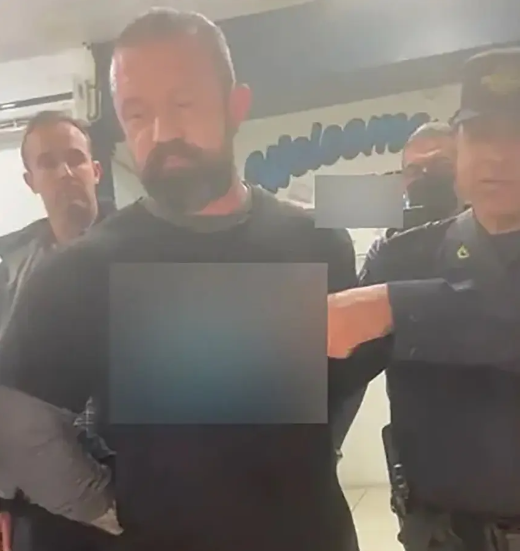 A wanted man with the highest-ever bounty set by US Marshals has finally been captured after six years on the run. Raymond “RJ” McLeod, 36, was found working as an English teacher in the city of Sonsonate, El Salvador. US Marshals and Salvadoran authorities arrested him at around 4.30pm on Monday, August 29. 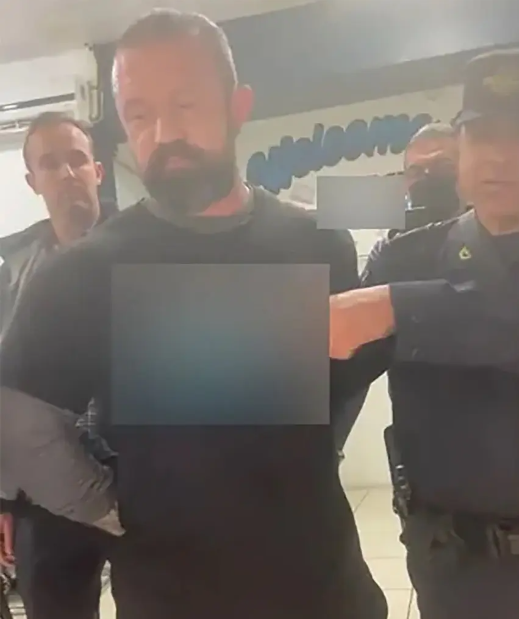 McLeod, 36, is thought to have fled the US in June 2016, immediately after his new girlfriend Krystal Mitchell, 30, was found beaten to death while the pair visited friends in San Diego, California. 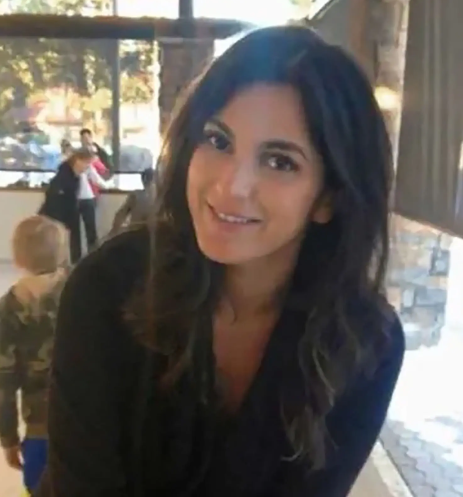 Last year, the Marshals Service intensified the hunt — making him the first-ever fugitive on its “15 Most Wanted” list with a $50,000 reward. 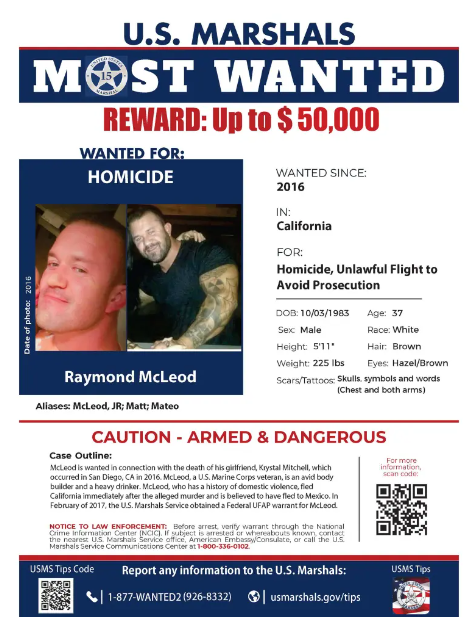 “McLeod poses a significant threat to the public and must be brought to justice,” the marshals’ then-director, Donald Washington, said at the time. His wanted poster described him as an “avid bodybuilder and a heavy drinker” with “a history of domestic violence,” warning he was likely armed and dangerous. 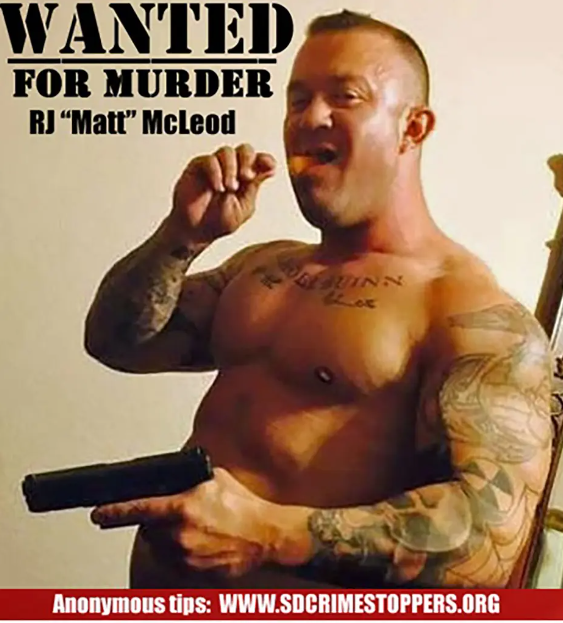 The murdered girlfriend’s mother, former detective Josephine Wentzel, came out of retirement to join the hunt as McLeod was traced traveling through Mexico and parts of Central America. McLeod was traced to Guatemala in 2017 and then Belize the next year. A tip finally traced him to a school in Sonsonate, about 40 miles west of El Salvador’s capital, where McLeod was teaching English. 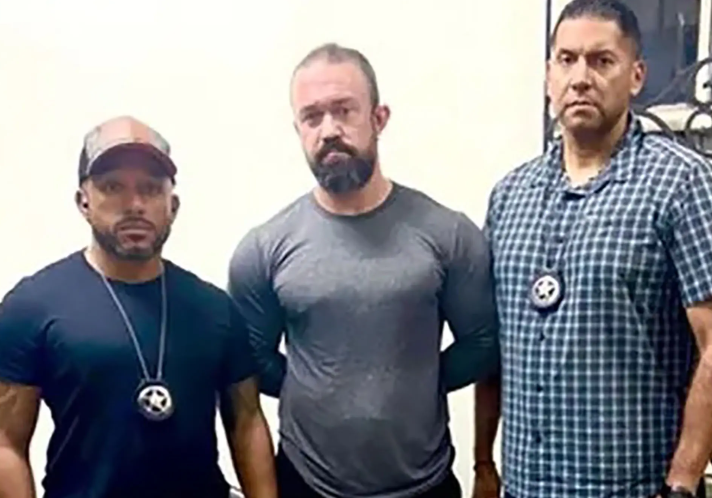 Deputy Marshals Francisco Barajas and Luis Ramirez flew down to El Salvador to assist local and national police arrest him Monday afternoon, officials told Fox News. The pair are bringing him back to the US, Fox News said. “WHAT A GREAT DAY!!!!” Mitchell’s mother, Wentzel, wrote on Facebook after the arrest.The post Former soldier on US ‘Most Wanted’ list for the murder of his girlfriend is finally caught working as English teacher after years on the run appeared first on Linda Ikeji Blog.
Uncategorized