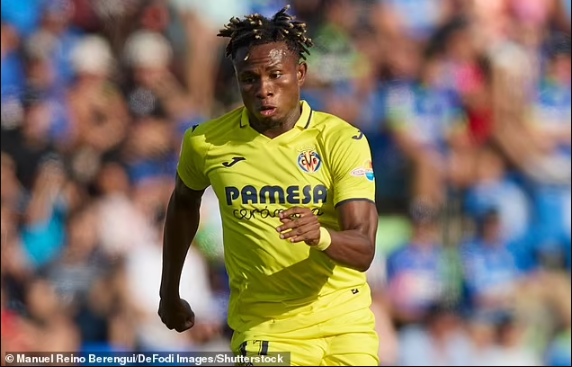 Everton are reportedly in talks with LaLiga side Villarreal to sign a deal with Super Eagles winger Samuel Chukwueze over a loan with an obligation to buy.  Frank Lampard’s side are trying to strengthen the team before the close of the transfer window on September 1 at 11pm. According to Mail Online Football, Everton are in talks over an initial loan move for the Nigerian with an obligation to buy him for a fee between £34.3million and £42.9m.This season Chukwueze has made five appearances in all competitions and has managed one goal and two assists so far.Last season, the attacker played 38 times in all competitions, scoring seven times and assisted three more.One of his goals came in the Champions League quarter-final match against Bundesliga giants Bayern Munich in which the game ended in a 1-1 draw. Everton are also looking at Watford’s exciting young attacker Joao Pedro, who has been linked with an exit from Vicarage Road all summer.The post Everton in talks to sign Super Eagles highly-rated winger Samuel Chukwueze appeared first on Linda Ikeji Blog.
Uncategorized